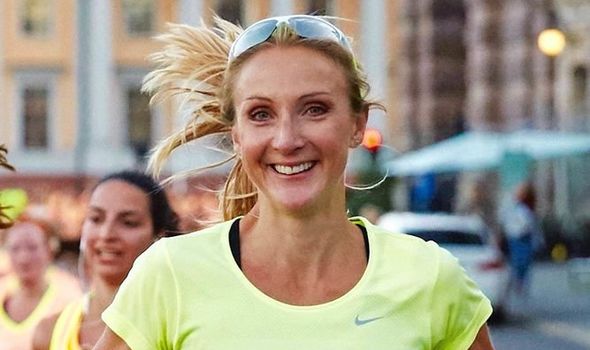 The three-time London Marathon winner called on parents to limit youngsters’ screen time and instead encourage them to be more active. Paula, 45, who lives in Monaco, says she has switched her life ambition to “helping others achieve their goals”, which she aims to do partly through fronting public health campaigns. “I go for a run at the beginning of the day to keep myself physically and mentally healthy – to keep me sane – and I still jump into races, but now not competitively. My goal is to help others achieve their goals, to help improve the image of athletes and get more people into sport, including children.”

Paula, whose 16-year marathon world record title was broken by a minute and 24 seconds by 25-year-old Kenyan Brigid Kosgei last month said: “You can put kids on diets and ensure they are eating healthily but children need to be physically fit and they are more sedentary than ever.

“Children aren’t naturally lazy. If you watch them, they run around, they’re curious, they don’t like sitting still and they’re naturally competitive. Parents and teachers try to squash this, but that’s a mistake. Instead, we need to channel it into finding a sport that they love.

“The more initiatives the better and we need to make activity more fun. My children tell me it was easier for me when I was growing up because there were fewer other fun things to do, but we need to make it easier and get children out scooting, doing family activities and active things that they enjoy.”

Paula said that she, like many parents, faces the constant battle against the pull of the mobile phone or screen with her children, Isla, 12 and Raphael, nine.

“Exercise helps boost self-esteem, happiness and confidence so if we get our children more active, they’ll become happier too,” she said. “I would limit screen time on every screen they have access to. There has to be time to exercise in the day and screen time should come as a reward for this. It’s give and take. As families, we also have to lead by example. If parents are on their screens all the time then this is not a good role model.

“I say you can spend time on your phone but, like school work, you have to do activity too and lots of activities are fun as a family.”

One of the initiatives Paula helped create, Families on Track, encourages parents and children to run relays together until they complete a combined distance of 10km.

She is also on a World Health Organisation panel helping tackle childhood obesity. And she is an ambassador of The Daily Mile school fitness initiative, which has 10,000 schools signed up to encourage pupils to walk a daily mile. Paula is also a Designed to Move ambassador for Nike.

Paula believes children need to be empowered with information to help them make it their own decision to embrace sport or exercise: “Instead of preaching or making life too restrictive it is important to educate children about the dangers of not exercising and also make sure you find activities they enjoy,” she said.

“My daughter enjoys hockey and I don’t mind driving her half an hour twice a week to do it.

“I also make my children walk a kilometre to school and then back every day and they meet friends on the way. They have never known anything different.” 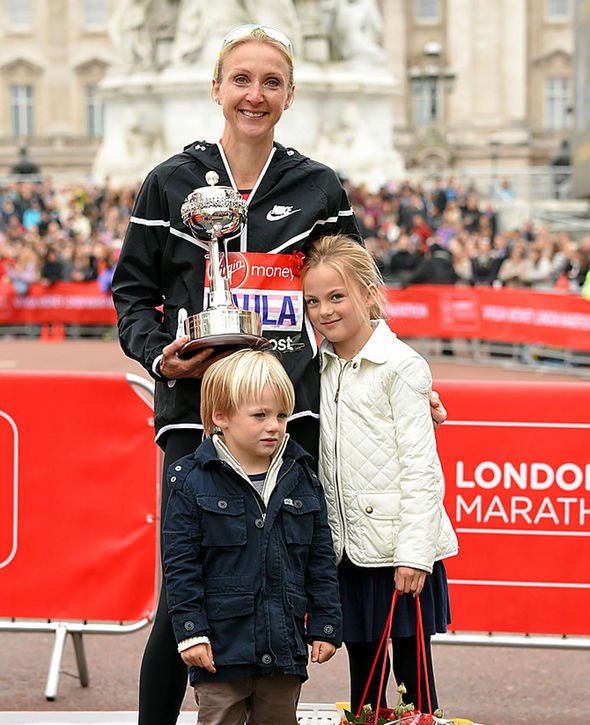 She also criticised the current school system which means very often children are sitting for up to two hours at a stretch during double lessons. “Children definitely need breaks to get up and run around for 15 minutes during long lesson periods. It is not only good for the body, but also good for mental health, happiness and it helps them remember things.”

She has also helped promote an Asda Pharmacy- backed campaign to improve the uptake of the flu vaccine, particularly among vulnerable groups such asthma sufferers.

Her support for the campaign follows research showing that 1.2 million of the estimated five million asthma sufferers in the UK have no plans to get vaccinated this winter.

Nearly a third (29 per cent) of those polled said they’re not worried about the increased risk of asthma attacks and possible hospitalisation if they catch the virus.

Diagnosed with exercise-induced asthma herself, aged 14, Paula believes the risk from not being protected with the jab isn’t worth taking due to potentially serious complications such as pneumonia, pleurisy and bronchitis.

“I use a preventer inhaler morning and night to stay on top of it,” she says. “And if it is really cold or I am running in a polluted place I have to warm up slowly when I go for a run or use ventolin (asthma medication). I also take the flu jab every year to protect myself.”