Home » Health News » Parkinson’s disease: The nine mouth signs to look out for which could indicate your risk

Parkinson’s disease is a progressive condition whereby the signals communicated between the brain and nervous system are disrupted. This causes a number of impairments, many of which relate to movement. The symptoms are often subtle at first but become quite pronounced as the condition advances. Occasionally there may be early warning signs of the condition found not  in movement but in the mouth instead. If you experience any of these nine mouth signs it could mean you may be at risk.

People can also experience a host of symptoms related to eating and swallowing which could be early warning signs of the condition. 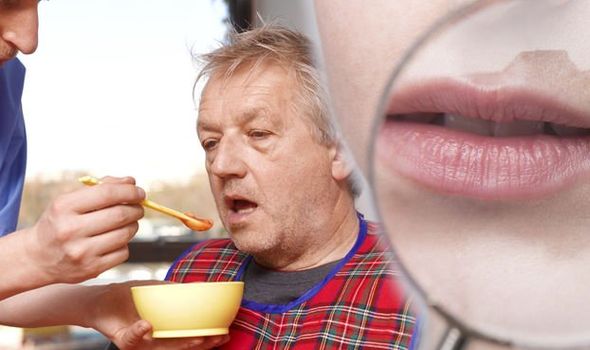 According to the charity, Parkinson’s can cause the muscles in a person’s jaw and face to be less efficient, which affects the control they have over chewing and swallowing.

“Less efficient muscles may also reduce the tightness that you have when closing your lips, making it hard to swallow,” said the health body.

Parkinson’s can also cause problems with tongue muscles.

As the charity explained: “The tongue is important in swallowing. We use it to move food around and push it to the back of the mouth to trigger the swallowing reflexes. Parkinson’s can also impair the reflexes that protect our windpipe from food and drink.”

Drooling is common for people with Parkinson’s and they may experience this because they cannot swallow as well as others.

Drooling happens if you swallow less because saliva pools in your mouth and may overflow from the corners of your mouth, added Parkinson’s UK.

They continued: “Drooling can lead to a sore mouth and your posture might make it worse.

“Those who have a stooped, head-down position can find it hard to seal their lips.

“This can make it harder to control saliva flowing from the mouth.

“So, it’s important to speak to your health professional for the right help and support.” 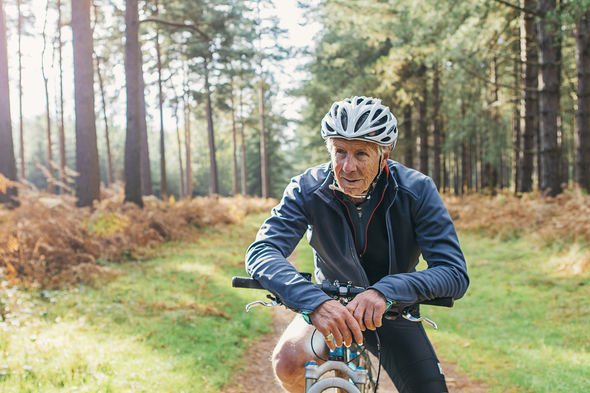 It’s not known why the loss of nerve cells associated with Parkinson’s disease occurs, although research is ongoing to identify potential causes.

Currently, it’s believed a combination of genetic changes and environmental factors may be responsible for the condition.

“It is estimated that only a very small number of people may have an increased risk of Parkinson’s linked to their genes,” explains Parkinson’s UK.

“See your GP if you’re concerned you may have symptoms of Parkinson’s disease,” advises the NHS.

It is important to alert your GP sooner rather than later as evidence shows you can slow down its progression by making healthy lifestyle choices.

Exercise is one of the most effective measures you can take to delay its progression.

According to the Parkinson’s Foundation (PF), exercise can assist in maintaining balance, mobility and daily living activities, along with a potential “neuroprotective” effect.

In fact, there is a growing consensus among researchers about the short and long-term benefits of exercise for people with Parkinson’s.