Home » Health News » Ozempic helps people lose weight, but who should be able to use it? 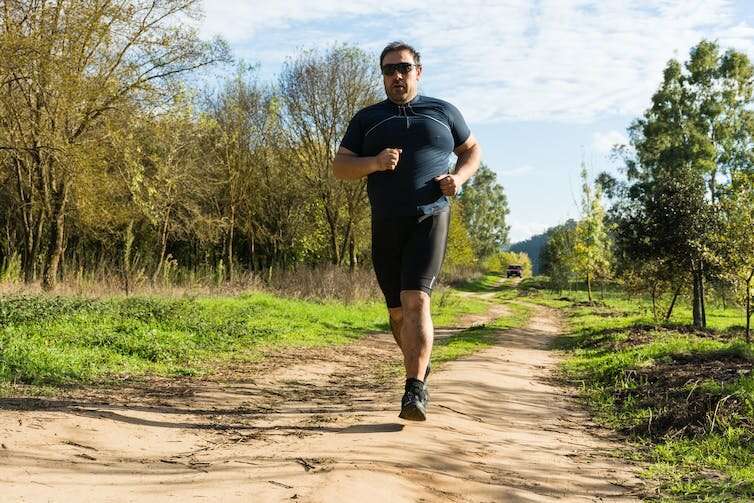 Semaglutide, sold in the forms of Ozempic and Wegovy, shot into public consciousness as an effective weight-loss medication last year, thanks to spruiking from social media influencers and people such as Elon Musk.

The unexpected increased in demand for the drug for weight loss has caused a world-wide shortage. Producing the drug—delivered as a weekly self-administered injection—involves a unique manufacturing set-up, so it will take some time to re-establish a global supply. It’s expected back in Australia at the end of March.

Semaglutide (in the form of Ozempic) is an effective medication in managing type 2 diabetes—and the shortage has left some people with diabetes struggling to find pharmacies with their treatment in stock. For many people with diabetes, Ozempic has controlled their blood sugar (and often also helped them lose weight) more effectively than other medications.

Due to the shortage of Ozempic, Australian GPs have been advised against prescribing it to treat obesity.

However, semaglutide in the form of Wegovy is designed specifically for weight loss. United States and Australian regulators have recently approved Wegovy for that purpose, though it hasn’t been available for use in Australia to date.

When the shortage is resolved and semaglutide is once again available in Australia for those with diabetes, it’s unclear who will be able to access it for weight loss. Patients and doctors are also asking how much they will pay, and what role it will play in managing obesity.

How does it work?

Semaglutide works in several ways, including increasing feelings of fullness by acting on appetite centers in the brain and slowing stomach emptying.

It affects the secretion of insulin and glucagon, which is why it is so effective in diabetes.

It also reduces the risk of heart attacks and strokes. Other weight-loss drugs in the past have reduced weight but increased the risk of dying from a heart attack, which made them overall too dangerous.

Studies show semaglutide helps 66–84% of people who use the drug to lose weight, making it more effective than other drugs on the market

After two years, patients using it still benefit by not regaining their lost weight—but only if they are still taking the drug.

Disappointingly, once stopped, patients notice a gradual regain of up to two-thirds of the weight they lost. So essentially, semaglutide works only while taking it—it “manages” but does not “cure.”

Semaglutide is meant to be an add-on, not a replacement, for exercise and a healthy diet.

Research on the medication has always been done in conjunction with a healthy diet and exercise, as that is considered best practice. So we don’t know what happens if you just take the medication without also starting or maintaining a healthy lifestyle. We do know exercise is key to keeping weight off over time.

What are the side effects?

Semaglutide can cause nausea, bloating, constipation and diarrhea.

Questions have been raised around the risk of pancreatitis, and thyroid and pancreatic cancers. So far the research is reassuring, however these are all rare, so it’s unlikely we will know if there is any significant increase for some years to come.

How much does it cost?

One of the biggest barriers to semaglutide for weight loss is the cost. Although patients spend less on food while taking it, in 2022 (when it was more easily available in Australia) it cost around A$130 a month.

It could be pricier once supply issues are fixed, because the manufacturer Novo Nordisk is spending millions of dollars building new facilities to meet the increased demand.

In the United States, prices are already over US$1,000 a month unless covered by insurance.

Australians with diabetes will continue to be able to access the drug on the Pharmaceutical Benefits Scheme (PBS) for the usual cost of a script. However, if used for obesity, it would be on a private prescription, so the cost is still unknown.

Obesity is more common among people with lower incomes. So from a public health perspective, those who would benefit the most may least afford it. This lack of equity must be wrestled with if this medication becomes widely used for obesity management. Subsidizing on the PBS for weight loss is one option.

What are the downsides?

A serious concern is the potential for semaglutide to be used by people who are not obese, particularly those with eating disorders. Because it suppresses appetite, it could enable people to starve themselves in an unhealthy way.

Obesity is defined as a body mass index (BMI) of over 30, and overweight is BMI of 25–30. Yet there are reports of people with BMIs less than 25 using it to drop “just a bit of weight.”

The psychological and social pressure to be thin is a powerful driver, particularly in a society that frequently stigmatizes obesity. People may see semaglutide as a way of “treating” their body image issues.

Another concern is the impact on enjoying food. Patients feel full after just a few bites, making meals with friends awkward, and sometimes limiting their social life.

Why have doctors prescribed it for weight loss?

First-line obesity management should always be lifestyle interventions: improving your diet and getting more exercise, with the help of a multidisciplinary team.

But when this is insufficient, patients’ options are limited. The most effective is bariatric surgery. Although surgery is generally well tolerated, it is an irreversible lifelong change.

Once the semaglutide access issues are resolved, Australian regulators should seek input from the community and from doctors, and think carefully about the role the drug should play in Australia’s management of obesity and weight loss.

In addition to equitable access and protection for those with body image issues, we will need clear, evidence-based guidelines that consider the psychological and social impact of the drug.

Provided by
The Conversation

This article is republished from The Conversation under a Creative Commons license. Read the original article.