Finney was the recipient of numerous accolades for his craft including a BAFTA, Golden Globe and Emmy as well as being nominated for an Academy Award for his role in Murder on the Orient Express back in 1974 and Erin Brockovich in 2000. Described by film director Sam Mendes as “one of the greats – a brilliant, beautiful, big-hearted, life loving delight of a man”, Finney spent the last month of his life in London’s Royal Marsden hospital, which specialises in cancer treatment.

“Albert Finney, aged 82, passed away peacefully after a short illness with those closest to him by his side. The family requests privacy at this sad time,” a statement released from the actor’s family at the time of his death read.

Almost immediately dedications and well wishes from co-stars and fans spread across social media, fondly remembering the actor who had starred in James Bond film Skyfall back in 2012.

Daniel Craig – who starred in Skyfall, Finney’s final film, said: “I’m deeply saddened by the news of Albert Finney’s passing. The world has lost a giant. Wherever Albert is now, I hope there are horses and good company.”

Whereas Michael York, who appeared on screen with Finney in Murder on the Orient Express, as well as on stage in another production said: “Albert had this enormous vitality – he was comfortable with the classics and in contemporary stuff, it was quite remarkable. 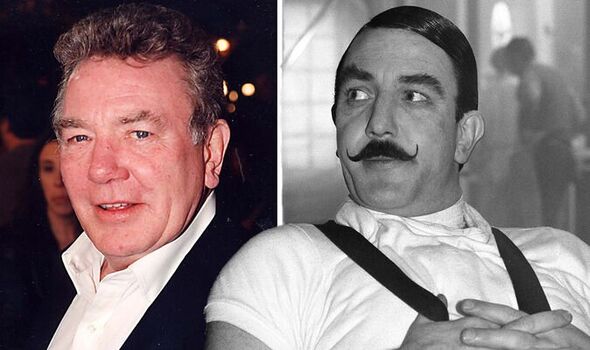 “And his Poirot was fantastic… Albert was such a wonderful guy to have in one’s life. I was so lucky to work with him so many times.”

Although more about his health towards the end of his life has never been shared, back in 2020 it was revealed that Finney pledged a £100,000 charitable donation to the NHS trust, where he was cared for before his death.

It was also reported that the chest infection which sadly led to his death may have been so deadly due to his weakened immune system after having numerous rounds of treatment for cancer.

In 2007 at age 71, Finney was diagnosed with kidney cancer that was treated with surgery, radiation and chemotherapy. As Cancer.org explains, these treatments “suppress or weaken the immune system” and its ability to kill invading germs, markedly increasing susceptibility to developing an infection”.

Yet a statement released by his agent back in 2011, Nigel Bennett, who said the actor was better after treatment and able to go consider new projects, suggested that the treatment was successful with Finney able to get his health back.

Kidney cancer, also known as renal cancer, is described by the NHS as “one of the most common types of cancer” in the UK. Often affecting adults in their 60s and 70s, it affects the “bean shaped” organs which are responsible for removing waste products.

In many cases, there are no obvious symptoms of kidney cancer at first and it may only be found during tests for another condition or reason. Symptoms are often similar to those of less serious conditions, such as urinary tract infections (UTIs) or kidney stones.

Yet it remains critical that the condition is caught and treated at an early stage, before it spreads beyond the kidneys, as it has a higher chance of being cured. 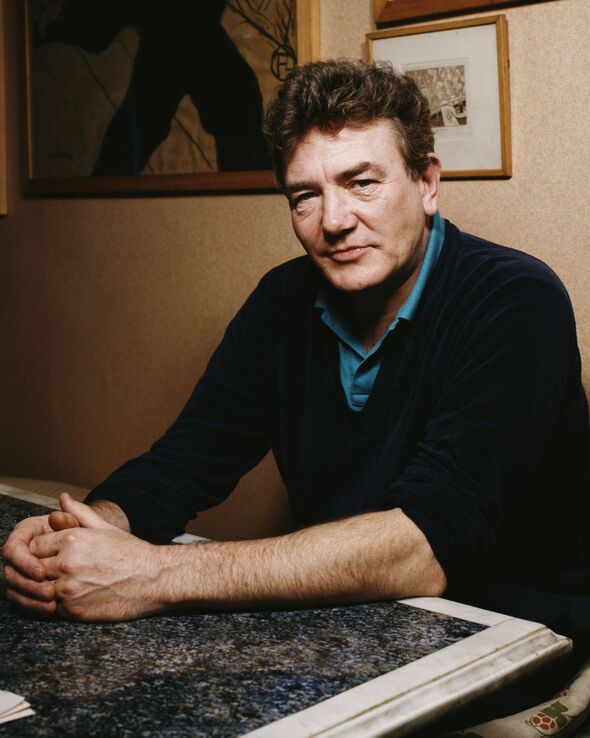 Potential symptoms of kidney cancer can include:

Cancer Research UK goes further to explain that blood in the urine, also known as haematuria, is the most common symptom of kidney cancer. The blood does not have to be there all the time. It can come and go. Sometimes, blood cannot be seen by the naked eye but can be picked up by a simple urine test.

As the bleeding can come and go, you or your doctor may think that the problem has gone away. This can mean that an early, treatable cancer in the kidney or bladder is allowed to grow to a stage where it may be more difficult to treat.

Due to this, it is recommended that individuals see their doctor if they have the following symptoms in particular: 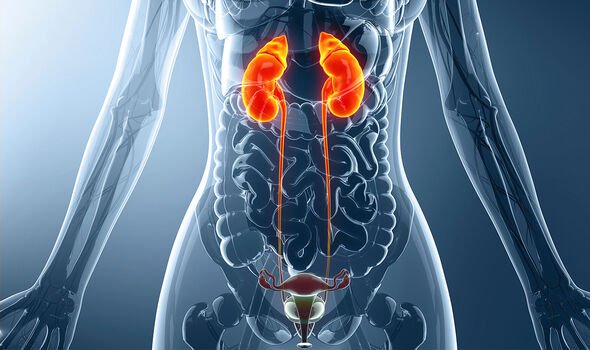 Numerous tests can confirm or rule out kidney cancer, but if given a diagnosis it will usually be given a “stage”. This is a number that describes how far the cancer has spread. Depending on the stage, different treatments may then be recommended.

In any case, the main treatments for kidney cancer include:

The NHS notes that a complete cure may not be possible if the cancer has spread, but it may be possible to slow its progression and treat any symptoms with surgery, medicine and/or radiotherapy.

According to statistics provided by Cancer Research UK, following treatment for kidney cancer around seven in 10 people live at least a year after diagnosis and around five in 10 live at least 10 years.