A nurse is suing Monmouth Medical Center in Long Branch, N.J., claiming she was retaliated against after reporting that some of her colleagues working the night shift gave Benadryl to patients to make them sleepy and later falsified medical records.

Lawyers for Patricia R. Moran, of  Wall Township, filed the lawsuit in state Superior Court on Wednesday. Moran, a nurse with more than three decades of experience, is represented by the firm McOmber & McOmber.

In a copy of the lawsuit posted to the firm’s website, Moran claims several nurses within the adult involuntary psychiatric unit, the floor on which she worked, “knowingly misused and administered Benadryl, intentionally administered the medication, not for its intended uses, but instead to make a patient drowsy or fall asleep.”

“Upon information and belief, the medication was administered by staff to lighten the workload for the night shift nurses,” the suit states.

The medication, an antihistamine, is typically used to treat allergy or cold symptoms such as a runny nose and sneezing. It can also be used to alleviate itching from rashes or insect bites. Drowsiness is a well-known side effect of Benadryl.

The lawsuit also alleges the nurses then “deceptively failed to chart or note a patient received Benadryl for such purposes, which is dangerous (for a variety of reasons) and undoubtedly against hospital policy.”

Moran then reported the nurses to her direct manager, defendant Clare Cinelli, who also manages the other nurses who are accused of administering Benadryl to the patients. But in response, Cinelli, according to the suit, “commenced an immediate retaliatory campaign to justify [Moran’s] termination or compel her resignation.”

“No employee deserves to be treated in such a manner, let alone someone who has dedicated more than 31 years at this particular hospital. Ms. Moran looks forward to her day in court."

“[Moran] was denied time on the schedule, she was provided a bogus evaluation, she was subjected to increased scrutiny, and she was otherwise ostracized from her co-workers,” the suit states.

After reporting the nurses, Moran was also allegedly “floated” to a different floor, the pediatric psychiatric unit, where she was “asked to complete a pediatric admission.” But Moran had never completed such a task, telling the charge nurse she lacked training on how to do so. When Cinelli heard of this incident, she allegedly “falsely accused [Moran] of ‘refusing’ an assignment and committing a ‘terminable offense,’" according to the suit.

In the more than 31 years that Moran worked at the hospital, she was never subject to any disciplinary action, the complaint reads, noting she “suddenly found herself under investigation and slated for potential termination.”

Moran was then suspended for 14 weeks without pay and given a “final warning.”

Moran’s attorneys in the lawsuit called the retaliation against their client “obvious” and “shameful” and noted it has “no place in any workplace, let alone a hospital like  [RWJBarnabas Health],” which owns Monmouth Medical Center and is listed as a defendant in the suit.

The lawsuit claims the hospital’s alleged actions against Moran violated the state’s Conscientious Employee Protection Act, colloquially referred to as the “Whistleblower Act.” The act  prohibits employers from taking any retaliatory action against an employee who reports “deceptive conduct in the workplace.” 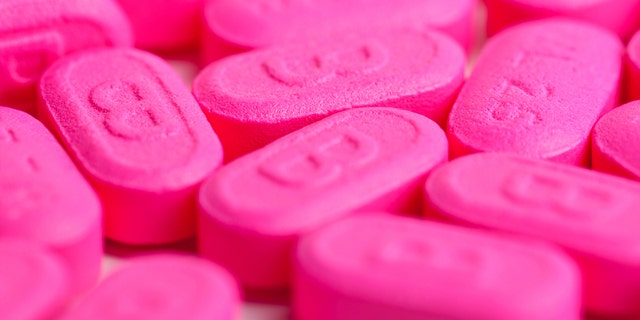 Moran, who first became aware of the alleged misuse of Benadryl in March, remains employed by Monmouth Medical Center, according to NBC News. She was cleared to return to work earlier this month, though her manager has allegedly refused to give her a shift, according to the lawsuit.

“[Moran’s] career has been destroyed and her reputation has been tarnished, all because she reported clear violations of hospital policy and patient safety issues,” the suit reads.

In a statement, Matthew A. Luber, an attorney representing Moran, said the hospital “turned its back” on his client and “immediately related in an egregious fashion, all because she exposed illicit conduct and sought to uphold the highest standard of care for patients."

“No employee deserves to be treated in such a manner, let alone someone who has dedicated more than 31 years at this particular hospital. Ms. Moran looks forward to her day in court,” he added.

When contacted by Fox News, Elizabeth Brennan, a spokeswoman for Monmouth Medical Center, declined to comment on any “individual employee or patient matter,” citing company policy.

“Monmouth Medical Center is fully committed to providing a safe environment for our patients, visitors and staff,” she said in a statement.

The news comes after a nurse at a cancer facility in New York allegedly tampered with injectable opioids, which sickened at least six patients with a rare blood infection.