The number of full-time GPs continues to fall despite drives to encourage more doctors to take up the post, research suggests. 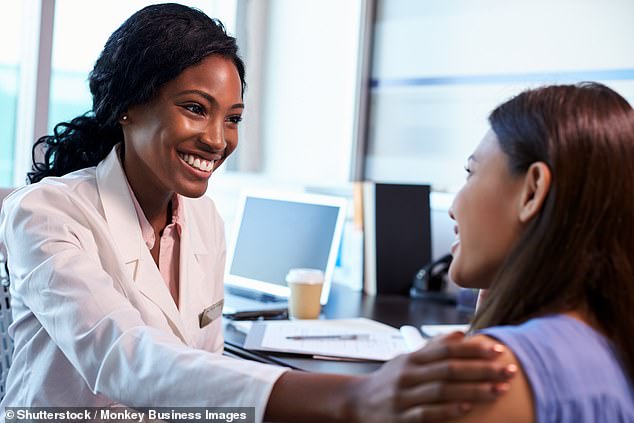 Official figures showed in February that 41 per cent of GPs – around 10,000 doctors – are 50 or over and are expected to quit within the next five to ten years.

And 2.5 million patients are at risk of their local GP surgery closing because so many are relying on doctors who are close to retirement, it was last week revealed.

At the same time, fewer young doctors are choosing to specialise as GPs and are opting for other career paths as surgeons or specialists.

Many GPs are retiring in their 50s, moving abroad or leaving to work in the private sector, increasing the pressure on those who still work in the sector.

Appointment waiting times are getting longer and more people are going to A&E for minor illnesses because they can’t see a doctor.

Despite an NHS a plan to recruit 5,000 extra GPs by 2021, numbers of family doctors are falling.

And 762 GP practices across the UK could close within the next five years, according to the Royal College of Nursing.

Rachel Power, chief executive of the Patients Association, last week told The Times: ‘This is a desperate situation with potentially serious consequences for patients.’

This suggests more are opting to work part-time.

Dr Krishna Kasaraneni – chairman of the British Medical Association’s education, training and workforce subcommittee – told GP Online: ‘Despite pledges from the Government to increase numbers of GPs, these figures confirm the complete opposite is happening on the ground.

‘Workforce shortages continue to blight general practice and exacerbate other workplace pressures, including unmanageable workloads for the remaining staff.

‘It is by making general practice a more attractive prospect, and fostering a more positive working environment, that we can begin to recruit and retain more talented doctors to the profession.’

A decline in GP numbers was the reason why partnership opportunities were introduced, he added.

However, health secretary Matt Hancock has admitted this is challenging.

This comes after research released earlier this week suggested a record number of NHS staff are quitting because they are fed up with not seeing their families.

An analysis by the thinktank Health Foundation reveals the number of burnt-out staff leaving the health service has almost trebled in the past seven years.

Official figures showed in February that 41 per cent – around 10,000 doctors – are 50 or over and are expected to quit within the next five to ten years.

Fewer young doctors are choosing to specialise as GPs, and are opting for more ‘macho’ career paths as surgeons or specialists.

Numbers of GPs are known to be dwindling in recent years, placing even more pressure on an over-stretched health service.

Many are retiring in their 50s, moving abroad or leaving to work in the private sector, as practices have threatened to close their waiting lists until action is taken.

This continued crisis has left many patients at risk, with staff unable to cope with the rising demand and slashed funding.

The shortage of doctors comes despite the NHS adopting a plan in April to recruit 5,000 extra GPs by 2021.

Mr Hunt’s pledge of £2.4 billion was said to be the answer to the staffing shortage, helping plug the growing number of vacancies.

This money was devised to lure GPs to move to the worst-hit areas of England, and to stop them from seeking another career.

Thousands of new ‘doctors on the cheap’ are also being trained to prop up the cash-strapped NHS, it emerged in June.

An army of ‘physician associates’ will work in GP surgeries and hospitals to diagnose patients, recommend treatments and perform minor procedures.

Scores of practices also believe they are working well beyond maximum capacity – feeling pressured to take on a higher workload and risk mistakes.