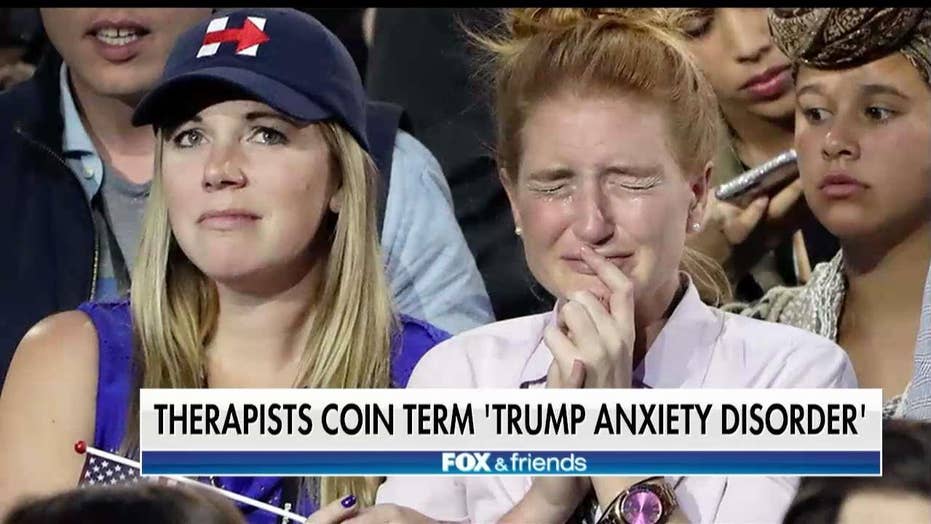 Just in time for Valentime's day, a sex therapist has some warm thoughts and a kooky theory for what may putting people out of the mood for love: It's mostly President Trump's fault, with a little help from racism and America's "war worship."

Dr. Susan Block, a sex therapist known for her HBO appearances, best-selling books, and appearances on TV networks such as Oprah, believes if you're not getting intimate these days, it is all because of the negative vibes she sees emanating from 1600 Pennsylvania Ave.

“It has had a big impact. For some people Trump's campaign and presidency has created a type of PTSD — what I call ‘Post-Trump Sex Disorder’,” she said during an interview with Salon, a liberal publication.

“Trump has created feelings of fear, loathing, and nausea," she added. "People just don’t want to have sex. This would mainly be seen with women who are just appalled at how creepy Trump is. He takes what is often a positive male attributes of confidence and pushes it way over the line into a rape-like and rape-entitled kind of arrogance.”

“Trump has created feelings of fear, loathing, and nausea. People just don’t want to have sex.”

The sex therapist says the media is also to blame for people becoming disinterested in sex. “The news is full of stories about bad sex. They don’t really like to talk about good sex. When you have this media obsession with bad sex with the usual ‘all American’ war worship and racism, as well as economic disparities and the way that corporations are in control, it really sucks the life out of a person,” she said.

Attributing negative feelings to the Trump presidency is nothing new. Last year, a study in the Journal of American College Health found that a quarter of nearly 800 surveyed students at Arizona State University had symptoms of PTSD due to Trump’s election victory in 2016.

“What we were interested in seeing was, did the election for some people constitute a traumatic experience? And we found that it did for 25 percent of young adults,” said lead author Melissa Hagan, an assistant professor of psychology at San Francisco State University.

Some therapists also reported the rise in anxiety among people due to the American politics, dubbing it the “Trump Anxiety Disorder.”

Mental health professionals reportedly said that since the election of Trump, more patients have expressed anxiety thanks to politics, though others have criticized assigned the rush coin partisan terms, calling them "partisan pop psychology."

“In this way, Donald Trump is the daddy of a dysfunctional United States family. And of course evil can be very sexy. Evil is fascinating. As you said previously, Donald Trump is a cult leader and Charlie Manson-like figure. People are just charged up by him and some of those people are driven to commit great crimes by that kind of charisma,” the therapist added.

She went on to decry the president as “a right-wing authoritarian and aspiring tyrant,” with the “fascist conception of the State” being masculine that prompts his followers to “want to literally be inside of him, to become him, to have a libidinal relationship with the Great Leader.”