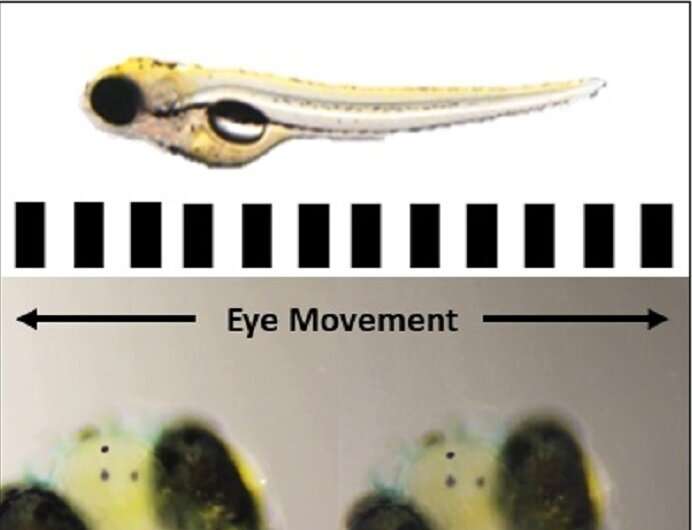 An international team of researchers led by University College Dublin (UCD) have uncovered a potential treatment approach for advanced uveal melanoma (UM), a type of cancer that effects the eye.

Uveal melanoma is the most common adult eye cancer. UM begins in the iris, ciliary body or choroid (collectively known as the uvea), in the middle layer of the eye. This first or primary UM is treated by targeting cancer cells using ocular radiation implants or by surgical removal of the eye.

However, when UM spreads to the liver and other parts of the body, patients have a poor survival prognosis. Currently, there are no or very limited effective treatment options available for UM that has spread.

The international research team involving groups from Spain, Sweden and Ireland is led by Breandan Kennedy, Professor of Pharmacology in the UCD School of Biomolecular & Biomedical Science and UCD Conway Institute. Together, they are trying to uncover new treatment options and strategy for advanced UM.

“Our research study focused on the drug ACY-1215, which is currently in clinical trials for other solid tumors and blood cancers. We wanted to understand how ACY-1215 works to prevent tumor cell growth and spread, in the context of UM,” explained Dr. Husvinee Sundaramurthi, postdoctoral researcher in the Kennedy team.

This study is the first to show that the HDACi, ACY-1215 can halt UM and advanced UM cells in their tracks—both in the laboratory and in zebrafish.

The drug ACY-1215 belongs to a relatively new family of anticancer drugs called histone deacetylase inhibitors (HDACi). They work on proteins called histones although the exact way in which they do this in cancer patients is not entirely clear.

Histones can tightly package DNA in cells. They act like a spool that the thread of DNA wraps itself around. Lots of tiny molecules are involved in controlling the process. The Kennedy team used the drug ACY-1215 to interfere with the processes involved in survival and stop the growth of advanced UM cells.

Commenting on the findings, Professor Kennedy says, “We uncovered the particular molecules that may be involved in the anticancer effects the drug ACY-1215 has in advanced UM cells. This study will pave the way to look more closely at the benefits of using HDACi, specifically ACY-1215, as a suitable treatment option for advanced UM. By understanding the full therapeutic potential of these small molecules, we hope to shape UM/advanced UM patient care and personalized treatment strategies for patients.”

Ireland has one of the highest incidence rates for UM. Every year, between 50–60 people are diagnosed with this cancer. It is vital that effective treatment strategies are identified and developed to improve quality of life.