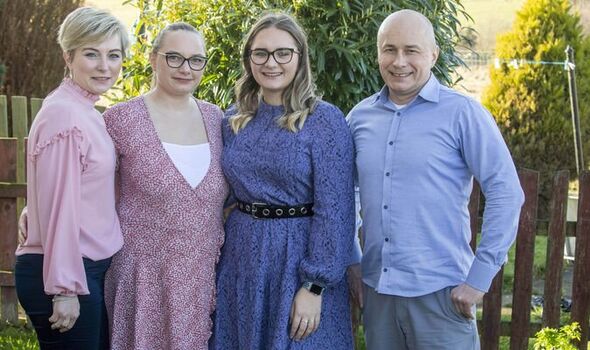 Weronika Fafinsk, 22, saw her first 14 years of recall wiped after having a brain tumour removed. The Edinburgh-based office manager, who lives with her boyfriend Cameron Somerville, 24, has since been embracing the new life the surgery gave her. But now the tumour has started to grow again and she is working with the charity Brain Tumour Research to raise money and awareness in the hope that a treatment will be found. Weronika first realised something was wrong when she was on holiday in Poland in 2012 and couldn’t hear her music.

She said: “My dad had bought me some headphones for the journey but I couldn’t hear anything in my right ear. I was practically deaf.”

An MRI scan revealed the devastating diagnosis and Weronika had surgery in 2014 to have most of the tumour removed.

But when she woke she did not recognise her parents Robert and Kate nor sister Dajana. She said: “I didn’t know what anything was. I didn’t know that an oven got hot, or what a football was.”

Her tumour remained stable for six years but two scans in 2021 showed the mass had grown again.

She said: “With a brain tumour, you have three options: surgery, chemotherapy or radiotherapy. If none of these work, you’re basically given a death sentence.

“I don’t want to die, so if there’s any hope that money I raise helps to find a treatment, it’s worth it.”