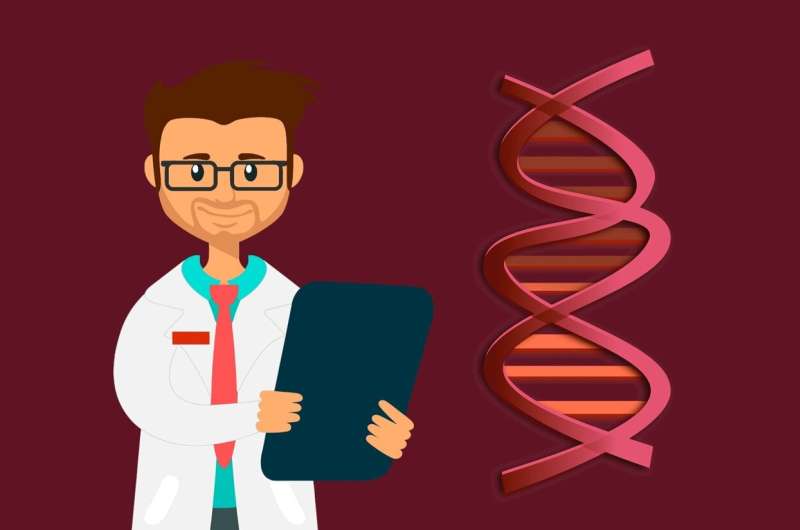 Skoltech researchers and their colleagues from Russia and the UK investigated the safety and efficacy of new chemistry in antisense oligonucleotides used to treat spinal muscular atrophy (SMA), a debilitating genetic disease. Their results may lead to the development of drugs with less toxicity and fewer injections needed thanks to prolonged action. The paper was published in the journal Nucleic Acid Therapeutics.

Antisense oligonucleotides are single stranded chemically modified fragments of DNA that target pre-messenger RNA, short bits of genetic information a ribosome reads to make a protein. Depending on how a particular antisense oligonucleotide works, the target mRNA can either be destroyed or undergo subtle changes in how it’s spliced, i.e. how exons, the coding regions, are excluded or included in the final mRNA.

Antisense oligonucleotides are good at targeting so-called monogenic disorders, where the cause of the disease stems from one particular gene/protein. A common example of such disease is spinal muscular atrophy (SMA); people with this disease lose a functional protein encoded by gene SMN1, and even though the human genome contains a nearly identical copy, SMN2, the mRNAs transcribed from this gene lack just one necessary exon, which leads to a poorly functioning protein.

“Phosphorothioate is the key chemical modification of nucleic acids developed by Prof. Fritz Eckstein in late 1960s that is present in almost all oligonucleotide drugs approved so far. It improves stability, pharmacodynamics, and pharmacokinetics of oligonucleotides, but demonstrates significant toxicity that limits applications of oligonucleotide drugs. During the last 30 years, many alternatives were developed, but we do believe that mesyl phosphoramidates are superior to other phosphate mimics in therapeutic oligonucleotides,” Zatsepin said.

The new compounds are a bit unusual as their structure is quite confusing when one sees the formula for the first time. “You expect that such a bulk group should strongly interfere with all intracellular interactions. However, our colleagues from Novosibirsk, led by Dr. Dmitry Stetsenko, previously demonstrated that µ-oligonucleotides are much less toxic than PS oligonucleotides, while duplexes of µ-oligonucleotides with DNA are good substrates of RNAse H—a key enzyme for mRNA degradation via antisense mechanism,” Zatsepin noted.

The researchers were inspired by these results and looked, among other things, for splice switching oligonucleotides with potentially prolonged action. Nusinersen is administered several times a year via an injection into the spinal canal, so fewer injections would improve the quality of life for patients with SMA.