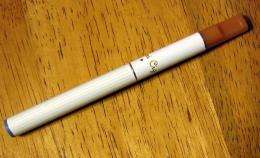 Results of the 2018 National Youth Tobacco Survey (NYTS) released today by the Centers for Disease Control and Prevention highlight the rapidly growing popularity of electronic cigarettes among youth. The results show that 4.9 million middle- and high-school students were current users of some type of tobacco product in 2018, an increase from 3.6 million in 2017, and that there were in excess of 3.5 million youth e-cigarette users in 2018, 1.5 million more than in 2017. The data show that not only are more kids using e-cigarettes, but they are also using them more frequently.

The American Heart Association released the following statement in response to the survey:

“These jarring numbers are further proof that the e-cigarette epidemic in our nation continues to escalate. Thanks to the tobacco industry’s relentless targeting of youth, e-cigarette use is increasing exponentially and creating new avenues for nicotine addiction in kids. Data showing that e-cigarette use jumped by 78 percent among high school students and 48 percent among middle school students is cause for grave concern, especially with data showing that kids are often transitioning to conventional cigarettes and pairing e-cigarettes with other tobacco products or recreational drugs.

“E-cigarettes are reversing decades of progress in reducing tobacco use among youth, and government action is necessary to counter this mounting threat. We welcome FDA Commissioner Scott Gottlieb’s recent moves to restrict the sale of many flavored e-cigarettes in places such as convenience stores and gas stations, and we urge the FDA to take immediate additional steps to strengthen its crackdown on companies’ aggressive targeting of children, including: