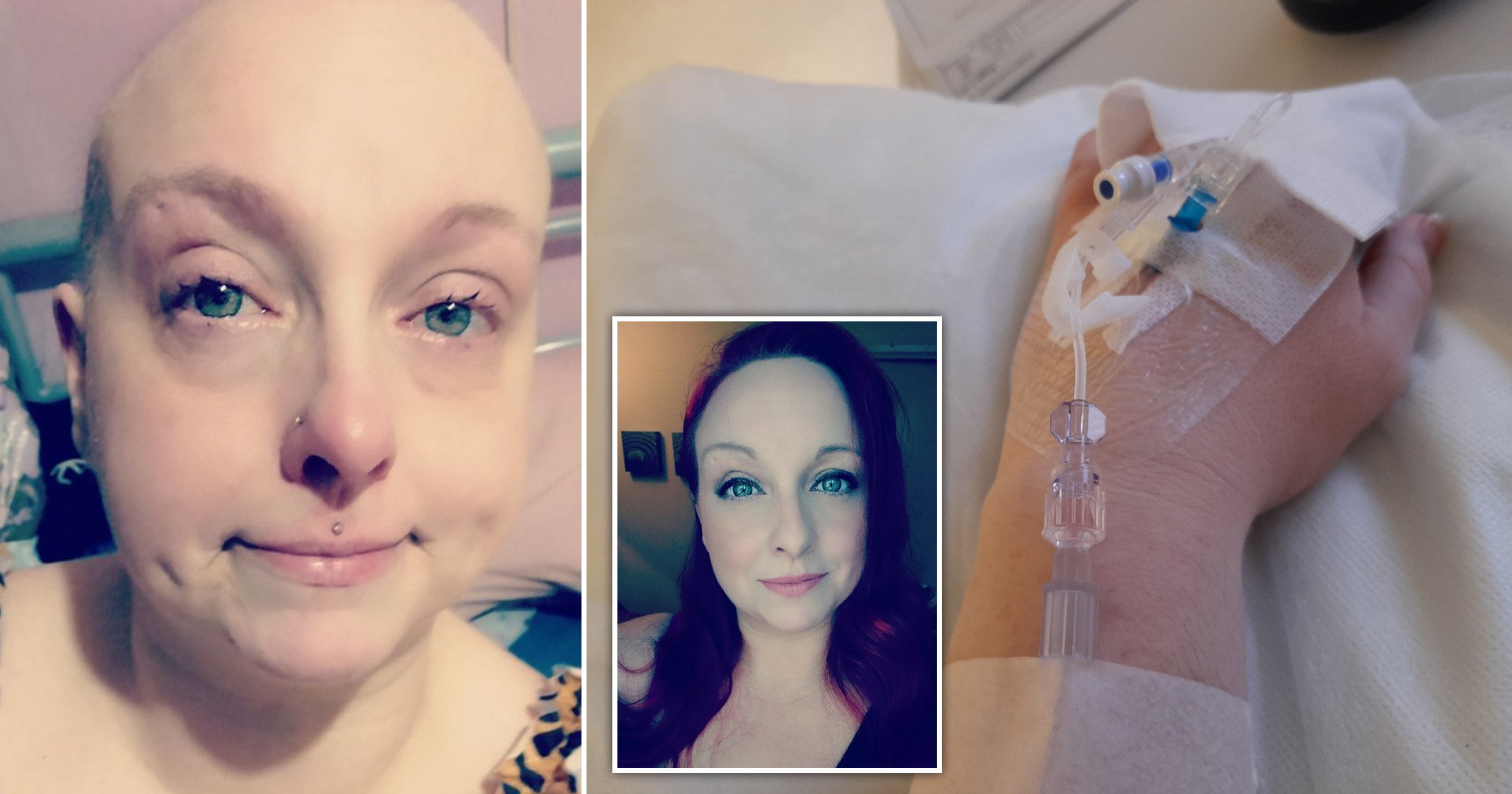 Fiona Williams, 46, first learned she had fertility problems 20 years ago.

Fiona, from Wishaw, Scotland, first got herself checked out by doctors in 2002, after suffering what she thought were very heavy periods – that were sometimes so intense her clothes would end up soaked.

She was crushed to learn that these ‘periods’ were actually a series of miscarriages caused by polycystic ovaries.

‘We were absolutely devastated but resigned ourselves to the fact we would never be able to have our own baby,’ said Fiona.

‘Two months later, I went to the doctors thinking I had depression and feeling really low.

‘They automatically did a pregnancy test although I told them I had been told I couldn’t have children so it was unlikely. It was then I was told I was definitely pregnant.

‘I had an emergency C-section and was told that I wouldn’t be able to have any more children.

‘Eight years later, I found out I was pregnant again, and I had to have another C-section. I had to be resuscitated twice and was told to kiss my husband and baby goodbye.

‘Afterwards, they told me again that I wouldn’t be able to have another baby and it would be dangerous if I did – but just over a year later, I found out I was pregnant again.’

Fiona, who is now a full-time mum to her three kids – Rhian (17), Thomas (nine) and David (seven) – recently began having severe back pain in addition to her heavy periods.

She was told she had fibroids – non-cancerous growths in the uterus – and was prescribed tablets to help with the heavy bleeding and pain.

Even though the pills helped with some of her discomfort, Fiona was not feeling 100% and had started having pains across her body.

‘I went to the doctors several times for pain all over my body constantly and in 2019 I was diagnosed with fibromyalgia,’ she said.

‘Then in January 2021, I went to the doctors and had an internal exam, and the doctor said she thought she could feel fibroids again, so she sent me for blood tests and an ultrasound.

‘My blood tests came back clear except I was anaemic, so I was referred for an ultrasound and sent a request for a gynaecology appointment.

‘The ultrasound just showed fibroids again, and I received a letter from the gynaecologist to go and have a hysteroscopic polypectomy to remove the fibroids.

‘The screen is right next to you so I could see a large lump that was very veiny and looked quite fiery.’

Fiona waited nine weeks to hear the results of the biopsy of the fibroids and, in June 2021, she was told that she had endometrial cancer.

She underwent a hysterectomy to remove her womb, but even though some cancer still remained in her omentum, another surgery couldn’t be scheduled for months because of the pandemic.

‘Besides initial diagnosis and then pathology results, I’ve had to go alone to the hospital alone because of Covid,’ said Fiona.

‘I wasn’t allowed visitors after either of my operations. It was scary and very lonely.’

While she was waiting for this surgery, Fiona started chemotherapy.

‘After my first chemotherapy session, I noticed my hair was falling out – so I decided I wanted to shave it off,’ said Fiona.

‘I wanted to take back control. This way cancer and chemo weren’t taking my hair, I was.

‘I let my kids help shave my head, so they could be involved and then it was a fun thing, and it wasn’t so scary seeing their mum with no hair.’

While most of the people in Fiona’s life have been supportive during this horribly tough time, there have also been some disappointments.

‘My family have rallied around me so much and I’ve really felt so supported – and I’ve discovered who my real friends are too,’ she said.

‘My friends are always in contact to ask how I am and if I need anything which has been so lovely.

‘People I thought were my friends who I’d been there for through their trivial dramas disappeared and don’t even acknowledge my diagnosis so they are no longer part of my life.

‘I have had a few messages from anonymous people saying I look bloated and unattractive- but I’m not trying to impress anyone anyway, so I don’t care.’

Fiona has shared details of her cancer journey on her Instagram @feebleeonasparklebutt, and wrote in one post: ‘I have lost followers since telling people I have cancer and posting pictures of me without my hair.

‘I’ve had people tell me I look “ridiculous” “bloated” and “unattractive” and you know what? Not one f*** has been given!

‘I’m not here to impress anyone, I don’t need anyone’s approval. I’m here to spread awareness about endometrial cancer and try to stay positive about my diagnosis and treatment and discuss it with anyone who wants to know and share my fight.’

Fiona said that raising awareness has even helped other people catch their own cancer early.

‘I’ve had several friends who because of reading my story have gotten checked themselves and three have had to have hysterectomies due to abnormal cells and cancer present,’ she said.

‘That’s three lives that may have been lost had they not got checked out.’