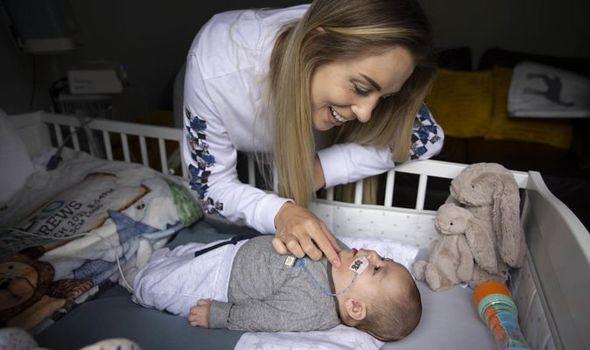 When you subscribe we will use the information you provide to send you these newsletters. Sometimes they’ll include recommendations for other related newsletters or services we offer. Our Privacy Notice explains more about how we use your data, and your rights. You can unsubscribe at any time.

Lucinda Andrews has written to more than 800 specialists in search of a treatment for baby Emilio Luca, known as Leo. He was “floppy” when born and suffers from a degenerative condition that disrupts the signals sent from his brain to his nervous system and muscles. Lucinda, 32, has been told the muscles around his lungs will get weaker over time, as the signals telling his lungs to breathe eventually stop. She said: “That’s the part that terrifies me. His condition is so complex. No one can tell me how long he’s got or how things are going to go. “I want to try and get his story out there because I need help to save him.”

Leo was born on March 7 at Medway Maritime Hospital in Kent, where doctors initially thought he might be in shock as he could not move his arms and legs.

The newborn was transferred to St Thomas’ Hospital in London for genetic testing, which revealed a mutation in the TBCD gene that codes a protein called tubulin.

He spent more than three months in hospital before being discharged a fortnight ago.

Lucinda said his doctors were “brilliant” but as the condition is so rare there are no known treatments.

She said: “All of his muscles are weak. The gene affects something in his brain, so it doesn’t send signals through his nervous system to the muscles properly.

“That gene creates a certain protein and he doesn’t have enough of that protein. Over time it will be created less and less.”

Lucinda is in touch with a couple of families abroad but does not know of any other UK patients.

As Leo is so young, the full extent of his physical challenges is not yet clear. He needs a breathing machine at night and cannot support the weight of his head. 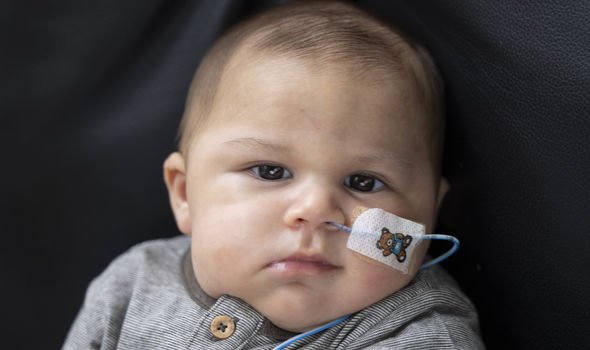 Lucinda, who lives with her parents in Chatham, has been warned that other patients developed seizures and epilepsy.

The desperate mum took her laptop to the hospital every day and spent hours poring over complex articles in medical journals.

She has searched the web for neurologists, writing to over 800 doctors and organisations in countries including Italy, Japan, Egypt and Switzerland.

One doctor in the USA recommended a drug that had “somewhat” improved symptoms in his patient. Leo has been taking it for six weeks.

Lucinda has seen an improvement but is not sure whether it is due to the medicine as he had already made some progress.

She said: “He can now fully move his arms, especially when I have to put his breathing machine on at night-time, it’s like he’s trying to push me because he doesn’t want it on.

“He couldn’t move any of his fingers before but now he can grasp things and has full control over his wrists.

“I never thought I would feel my son hold my finger. To me, it’s as though Leo is trying to put up a fight.

“For a condition that’s supposed to deteriorate he has made improvements. That’s why I’m reaching out – if he is trying to fight this I want to fight with him.”

News last month of five-month-old Arthur Morgan, the first patient treated on the NHS for spinal muscular atrophy with Zolgensma – thought to be the world’s most expensive drug – gave her hope that a treatment could be discovered.

She added: “I know there’s not a cure but what I’m hoping is that if there’s a specialist out there who knows how to help with one of the things affected – his muscles, his nervous system, his brain – it could help.”