Home » Health News » More than half of our young people feel lonely, left out

When Prateeti Sabhlok started her first year of university, she was surprised to find the experience lonely and isolating.

"It can impact your self-esteem because you ask 'why I don’t have friends?'," she said. 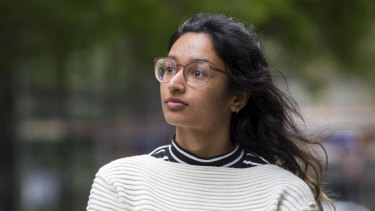 A new study of 1500 young people shows she is far from alone in her experience.

While high school may be tough, more people between the ages of 18 and 25 report feelings of being left out and socially isolated as they navigate their first years out in the world.

Almost a third of young Victorians were also at risk of social isolation, with nearly half saying they sometimes or always felt they had no one to turn to.

The Young Australian Loneliness Survey, conducted by VicHealth and Swinburne University of Technology, also showed more than half of young adults said they lacked companionship and felt left out sometimes or all of the time.

VicHealth chief executive officer Dr Sandro Demaio said it was concerning young people felt they were alone at the beginning of their adult lives, a major transition period.

“Young people are finishing school, they are moving to employment or further education and they might be moving out of home,” he said.

“That disruption impacts their social fabric and the relationships they have formed over many years. We also know that this is occurring in a time when some evidence suggests people are engaged in the less traditional community structures that may have provided support.

“You often have those at school – sporting clubs, scouting activities, community groups, bands – those sorts of things come part and parcel of primary and secondary school. You lose those as you move out of school.” 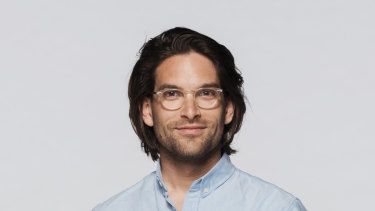 Dr Sandro Demaio says it is important to maintain social connections in the physical world.Credit:James Brickwood

He said the rise of social media had changed the way young people communicated with their peers.

“In some ways it is very positive – Millennials and Gen Z are probably the most connected people in history,” he said.

“But some evidence suggests their connections and relationships have the quantity, but not always quality. Sometimes they don’t have the same face-to-face relationships, they don’t get the same benefits of spending time with people, eating with people, talking, sitting. That physical interaction is really important to connect with others.”

Dr Demaio said it was concerning large numbers of young people said they felt "lonely or isolated most days or always".

He said there was nothing wrong with feeling lonely.

“It’s perfectly normal … for a fleeting moment or from time-to-time, particularly when difficult things happen in your life,” he said.

“It’s important to then differentiate that between long-term loneliness or isolation. If you are lonely it’s about signalling to your friends that you are willing to connect. Your friends might be feeling the same way and it just takes one person to say, I’d love to catch up.”

He said it was important to acknowledge feelings of loneliness and find a confidante or a friend to talk to.

He suggested reaching out to friends, solidifying existing relationships, joining a new group and seeking professional help to combat loneliness.

“A community leader or professional might be able to connect you with resources or ideas on local groups that you could reach out to and get involved in,” he said.

For Ms Sabhlok there was light at the end of her loneliness tunnel.

The Box Hill South woman joined cheerleading, swimming and dance clubs in her second year of university and forced herself to make new friends.

Ms Sahblok, who has now finished university, says “it’s hard, but it gets better”.