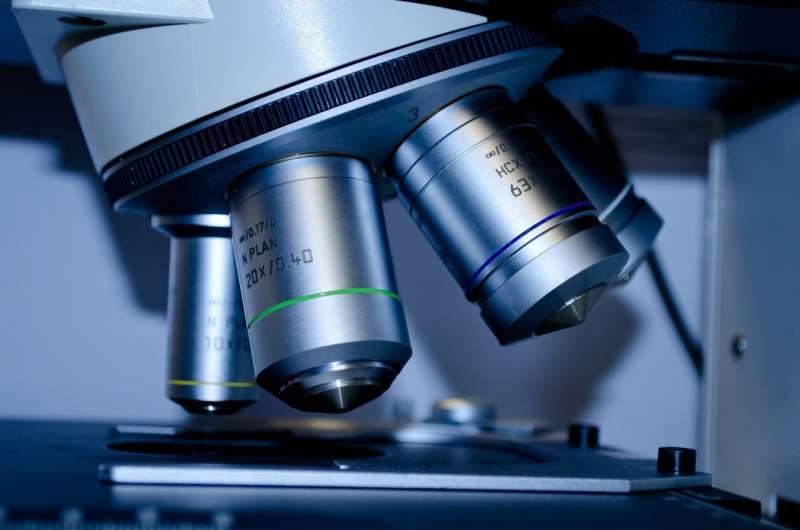 A study of 11,945 people in six European countries has shown that people with type 2 diabetes who develop cancer are more likely to be diagnosed with advanced disease if the condition is one that is not screened for routinely.

In a presentation to the 13th European Breast Cancer Conference, Dr. Anna Jansana, a postdoctoral researcher at the Nutrition and Cancer Multimorbidity group at the International Agency for Research on Cancer (IARC) in Lyon, France, said that unlike breast and bowel (or “colorectal”) cancer, for which routine population screening is available in many countries, cancers such as lung, ovarian and prostate, do not have national screening programs and were more likely to be diagnosed in people with type 2 diabetes only once the cancer had started to spread (metastasize) beyond the original tumor to other parts of the body.

“Our results underline the importance of paying particular attention to patients with pre-existing diseases of the heart, blood vessels or metabolism, such as type 2 diabetes, so that signs of cancer can be identified at an earlier stage when it is more likely to be treated successfully,” she said.

Until now, it has not been known whether people are at greater risk of having a cancer diagnosed when it is at an advanced stage if they have a pre-existing cardiometabolic disease, such as diabetes, heart disease or stroke.

Dr. Jansana and her colleagues identified 11,945 cases of cancer diagnosed between 1992 and 2012 among 400,577 participants in the European Prospective Investigation into Cancer and Nutrition (EPIC) study. They looked at those cases where patients had already been diagnosed with cardiovascular diseases, type 2 diabetes, both or none of these, and conducted analyses based on cancers that could be screened for (breast and colorectal cancer) and cancers for which there were no population-based screening programs in the six European countries included in the study (all the other cancers).

A total of 2,623 people had breast cancer and 1,722 had colorectal cancer. For these two cancers, no statistically significant association was found between a later stage of diagnosis and pre-existing cardiovascular diseases and type 2 diabetes. However, for the 7,400 cases of non-screened cancers, the researchers found that people who had pre-existing type 2 diabetes had a statistically significant 26% increased risk of being diagnosed when their cancer had metastasised, compared to people who did not have pre-existing cardiometabolic conditions. Twenty-six cases were detected before the cancer had started to spread and 41 cases were detected after it had metastasised.

“The good news is that for patients with breast or colorectal cancer, the national screening programs seem to be detecting cancer often before it has started to spread, both for those with and without pre-existing diagnoses of cardiovascular disease and type 2 diabetes. Our findings underline the importance of participating in screening when invited,” said Dr. Jansana.

“In addition, health care professionals should pay special attention to people with pre-existing cardiometabolic conditions. Our findings suggest it might be worth developing interventions and treatments to target the common pathways involved in these non-communicable diseases.”

Lifestyle factors such as diet, alcohol intake, exercise and body weight are known to be associated with the onset of both cancer and cardiometabolic disease. High blood sugar levels that are involved in diabetes have been shown to increase cell signaling by the vascular endothelial growth factor (VEGF), which can lead to more advanced cancers and decreased survival.

Other biological mechanisms that both cancer and cardiometabolic disease share include inflammation caused by obesity, a condition called oxidative stress, which can damage DNA and cells, and malfunctioning of sex hormone activity, or insulin-like growth factor-1, which is involved in pre- and post-natal growth, or leptin, which is involved in regulating fat storage.

Strengths of the study are that it includes a large number of people from several European countries and validated, standard methods to diagnose cancer. Limitations are that only the first non-fatal coronary event was made available to EPIC centers, not multiple ones; there were no data on how diabetes was managed, for instance, if metformin was used, which is associated with a lower risk of heart and blood vessel problems and some cancers; four of the EPIC participant countries could not be included in the study due to lack of data on the stage of cancer when it was diagnosed, and on health problems related to diabetes and cardiovascular disease.

Dr. Laura Biganzoli, chair of EBCC13 and Director of the Breast Center at Santo Stefano Hospital, Prato, Italy, was not involved in the research. She said, “These findings, which come from the long-running EPIC study, provide additional valuable evidence for the usefulness of national screening programs for breast and bowel cancer.

“The presentation by Dr. Jansana shows that screening is successful in detecting these particular cancers at an earlier stage independently from pre-existing cardiometabolic conditions. Unfortunately, this is not the case for other cancers, for which there are no national screening programs, and which are more frequently detected in advanced stages in patients who present with cardiometabolic disease.