Monkeypox virus was diagnosed in one UK resident today, according to Public Health England (PHE). The patient believed to have contracted the disease while away in Nigeria, and is staying at Guy’s and St Thomas’ NHS Foundation Trust, London.

How does the monkeypox virus spread?

According to PHE, monkeypox is a rare viral infection and does not spread between people with ease.

The disease can spread via infected items such as bedding, clothing and towels used by people with the disease.

People can also become infected by touching monkeypox spots or scabs, and if they are sneezed on by someone with a monkeypox rash. 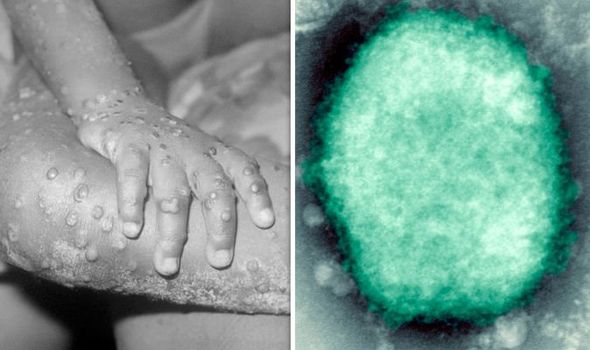 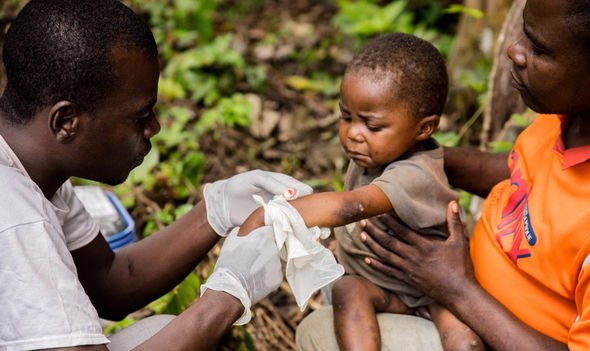 According to the NHS, symptoms of monkeypox mirror those of the flu. 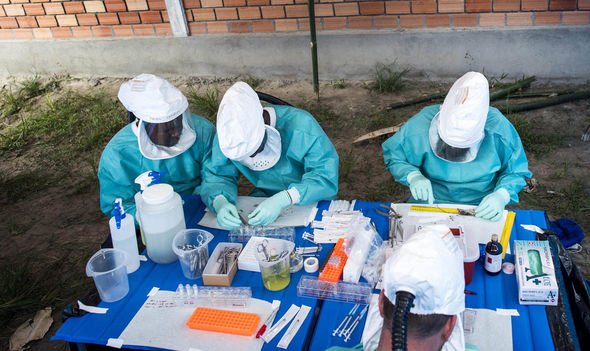 The NHS said monkeypox is a mild illness which gets better on its own without any treatment.

A rash starts one to five days after the first symptoms appear, and spots first present on the face before spreading elsewhere.

Once the bumps develop, they change from raised bumps to spots filled with liquid and eventually form scabs before falling off.

The disease can be difficult to diagnose in some cases, as symptoms mirror other illnesses such as chickenpox.

DON’T MISS
What is monkeypox? Signs and symptoms of the disease [EXPLAINER]
Monkeypox UK outbreak: Where has Monkeypox spread to in the UK? [EXPLAINER]
NHS blamed as nurse infected after being given ‘small gloves’ [BREAKING] 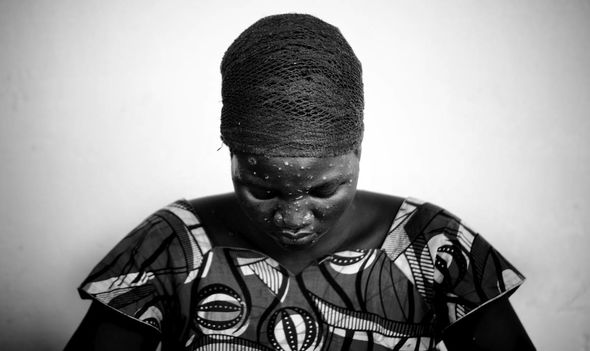 Dr Meera Chand, consultant microbiologist at Public Health England, said the organisation is currently following up with people who had close contact with the patient.

She said: “Monkeypox does not spread easily between people and the overall risk to the general public is very low.

“We are following up with those who have had close contact with the patient to offer advice and to monitor them as necessary.

“PHE and the NHS have well established and robust infection control procedures for dealing with cases of imported infectious disease and these will be strictly followed to minimise the risk of transmission.”

Monkeypox is mainly endemic in central and west African countries, according to PHE.

This year, cases and related deaths have been detected in the states of Rivers, Lagos, Delta, Akwa Ibom, and Bayelsa.

The disease was first detected in the UK in September 2018, the first time seen within the European Union.

The main treatment for the disease aims to relieve symptoms until it passes.