Australian supermodel Miranda Kerr has been linked to American alternative-health guru and anti-vaccination campaigner David “Avocado” Wolfe, who has more than 12 million followers across his social media network. 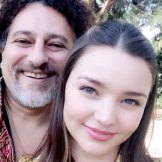 During a trip to the US, Therese Kerr, who, like daughter Miranda is interested in the health and wellness industry after a 2001 health scare which resulted in having her spleen removed, has been sharing images of her supermodel daughter and Wolfe on Instagram.

Wolfe refers to himself as “the rock star and Indiana Jones of the superfoods and longevity universe” and boasts that “the world’s top CEOs, ambassadors, celebrities, athletes, artists, and the real superheroes of this planet — mums — all look to David for expert advice in health, beauty, herbalism, nutrition, and chocolate.” 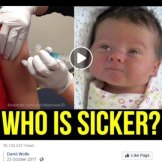 Wolfe claims on his website that pharmaceutical companies are "in bed with federal government officials", and "the flu vaccine is even more dangerous than the illness it claims to prevent".

The internationally provocative wellness guru has been outspoken in his stance against vaccination in the past and drew criticism ahead of his 2017 speaking tour which saw him speak in Mullumbimby which has one of the lowest immunisation rates in Australia. According to the latest figures, only half of all five-year-olds are vaccinated in Mullumbimby and only 60 per cent are in nearby Byron Bay. 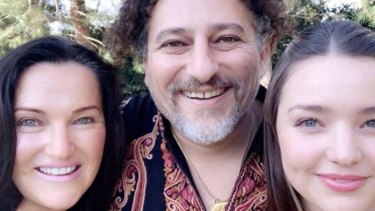 The trio during a wellness day.Credit:Instagram

This isn't the first time Miranda has been linked to anti-vaccination figures – she endorsed a book by an anti-vax chiropractor, Simon Floreani.

When questions were raised about Kerr’s brand being used to promote the anti-vaccination book, the endorsement was quickly erased. Kerr avoids posting controversial content on her personal Instagram account which has almost 12 million followers.