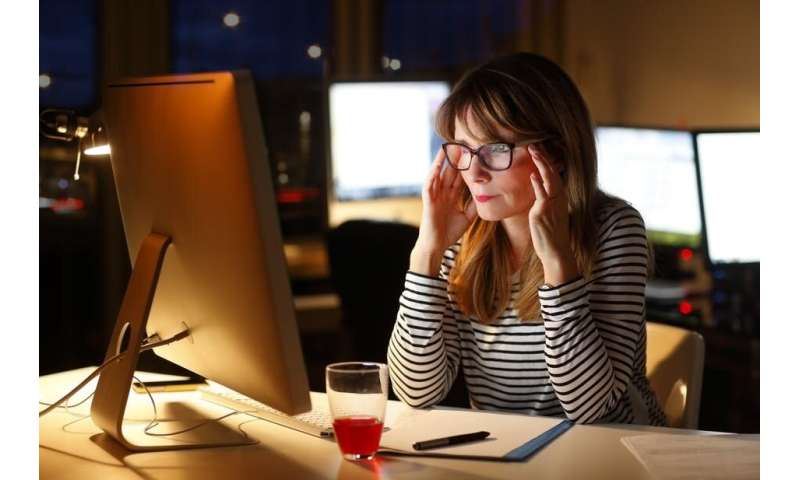 For many women, going through the menopause can be a difficult time. It typically occurs for women between 45-55 years-old and lasts four to eight years. Most women experience some symptoms – the severity and duration of which can vary from woman to woman. The most common symptoms include hot flushes, headaches, problems with memory or concentration and mood changes.

Going through the menopause while working can be particularly tricky. Research shows two-thirds of women surveyed reported a moderate to severe impact on their working lives and some even left employment altogether. But women in this age group make up an increasing proportion of the UK’s workforce. The employment rate for women over 50 is 67.2%, having increased from 58.3% in 2008.

Last year, Radio 4’s Woman’s Hour commissioned a poll that found 48% of women experiencing the menopause said it had “a negative impact on their mental health and mood”. Similarly, our research with the police service in the UK has demonstrated how for many women the emotional symptoms experienced were often more problematic than physical symptoms.

Previous research has also shown that women view disclosure of menopausal status at work to be threatening and embarrassing, potentially exposing them to ridicule and hostility when discussed with managers.

Workplaces can often lack both the practical support and the empathy required to support women going through the mennopause. And given the fact that some women are actually leaving work during the menopause as they feel unable to cope, it is clear this needs to change.

Our current research with the police service suggests that most women want an open and trusting working environment where discussion of the menopause is possible and encouraged.

Information and training sessions for managers and employees are important to help create discussions and opening space for supportive conversations to take place. Awareness training can also help to drive cultural change. This allows embedded practice to be more effectively challenged, especially in masculine workplace cultures.

Many physical symptoms can be alleviated with relatively simple steps. Better ventilation or temperature control, access to toilets, cold water and a rest area – can all be fairly easy to arrange.

Where uniforms are worn, adjustments to accommodate primary menopause symptoms are important – by using, for example, natural rather than synthetic materials for women experiencing hot flushes. Discussions are again important to ensure that these adjustments do not mark out women wearing them as “different”.

Flexibility is important where the menopause symptoms are problematic. This could include a move from full-time to part-time, or a more ad-hoc, working style. It could even be as simple as allowing for late arrivals where a woman has had disturbed sleep. Clearly this requires awareness on the part of managers and trusting relations between managers and staff.

It’s clear that with a few simple changes and adjustments, many companies could make the menopause an easier time for women. But when women are left unsupported during the menopause, organisations risk losing experienced and capable members of staff.