Matt Dawson, 47, has featured on BBC One’s A Question of Sport (QoS) since 2004, and continues to be a team captain on the gameshow. The former international rugby player was previously diagnosed with Lyme disease, he revealed.

Dawson leapt to stardom with the England rugby team, after making his debut in 1995.

Just three years later, he was given the captain’s armband, and cemented himself as England’s first-choice scrum half.

After winning the 2003 World Cup, he joined QoS the following year, and has featured as a regular team captain ever since.

But, in 2015, Dawson was bitten by tick in London, and subsequently developed Lyme disease. 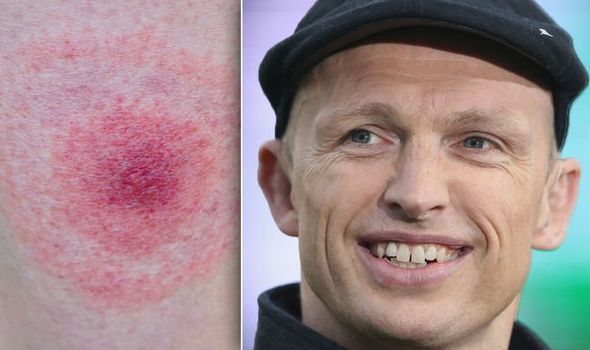 He was walking in a park in Chiswick, West London, when a tick bite caused a bacterial infection to spread through his body.

Dawson found a serious rash on his back, in the shape of a bullseye.

He later went to the doctor, after having some problems with his heart.

The World Cup winner was later diagnosed with Lyme disease, and and had two heart procedures.

DON’T MISS
Matt Dawson health: Ex-rugby star had heart surgery after being bitten [LATEST]
Matt Dawson: ‘We were so close to losing him to meningitis.’ [QUOTES]
Rugby player Matt Dawson: ‘I hope my children will never eat junk food [LATEST]

“I had two days where I felt awful. Very feverish, on the sofa, crashed out,” Dawson told BBC Sport.

“It was a really scary time for me and my family. Such a tiny creature caused me to end up needing heart surgery.

“I’m still on medication and it’s going to take a lot of time for the heart to fully recover.

“These ticks carry some really quite potent, serious bacteria and they can cause you a lot of problems. Raising awareness of them is imperative.” 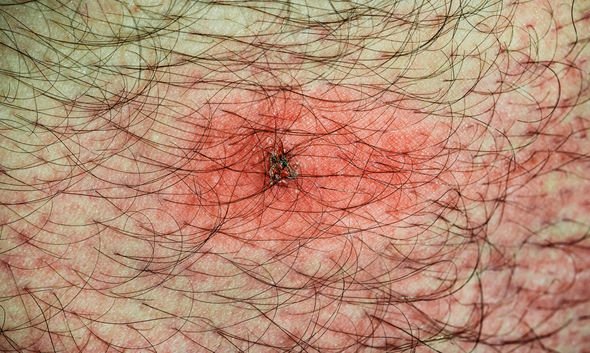 Lyme disease is a deadly infection that can be spread to humans by infected ticks.

A tick is a tiny blood-sucking insect that sticks itself to the skin of animals.

Ticks are usually harmless, but there are ticks that exist in the UK with the ability to pass on lyme disease.

The most high-risk areas in the UK include southern England and the Scottish Highlands.

The most common Lyme disease symptom is a circular, red rash around the tick bite.

This rash may not necessarily develop as soon as the tick bites the skin. It can take up to three months to develop.

Other common signs of infection include a high fever, headaches, muscle pain, and persistent tiredness.

You should speak to a doctor straight away if you notice a bullseye rash on your skin.