Lesley Garrett, 64, is a prestigious opera singer. Her gift has seen her perform across the world. As an ode to her legacy, in 2002 Garrett was appointed a CBE for her services to music. Her gift has not come easy, however.

There was a chance I wouldn’t recover

Speaking to the Mirror.co.uk, the opera singer recounted the night she incurred an injury: “It was at the very end of the first act, my big solo in a performance for the English National Opera, when my voice just went.

“I knew it was serious. I couldn’t make my usual tone and managed to croak my way to the end of the song in the very lower part of my voice.

“I could just about make a noise but it was unpleasant. It didn’t hurt but it felt catastrophic.”

It turns out the opera singer had a vocal fold haemorrhage.

A vocal fold haemorrhage – which is a bleed in one of the vocal folds – is normally caused when people strain themselves by shouting loudly.

An emergency appointment revealed the extent of Garett’s injury: “My larynx was completely black and swollen because I’d ruptured a blood vessel.

“There was a chance I wouldn’t recover. The most serious it could have been was that I would have been able to talk but not sing again.” 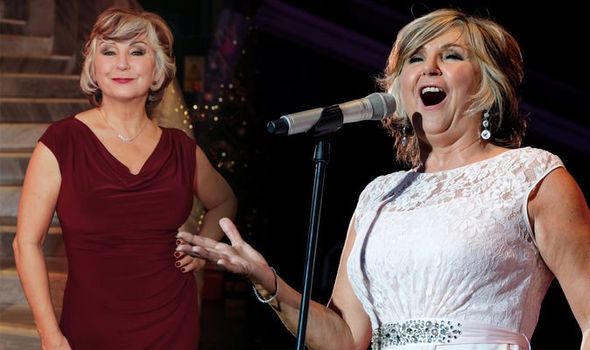 According to Weill Cornell Medicine, the main symptom of a vocal fold haemorrhage is a hoarseness that usually develops over a very short period of time.

“The hoarseness may be obvious in the speaking voice, or it can be subtler and cause only a change in the singing voice,” explained the health body.

It added: “There is no pain associated with a haemorrhage, and no difficulty swallowing or breathing.”

How to treat it

Resting the voice is the first and most importance step.

Advice the opera singer heeded: “I was horrified but to make sure this didn’t happen I had to rest my voice for three weeks and not talk.

“I would just write things down for my family, which was hard, but I had to – it was vocal life or death.

“When I was allowed to speak, it was very frightening because I wasn’t sure if there would be anything there. But when there was it was such a relief.”

Once the swelling had gone down, Garrett was given the all clear after about six weeks. She was then taken under the wing of a speech therapist to aid her recovery.

The opera star said: “She gave me a list of rules to protect my voice. I had to avoid atmospheres that dry you out, like air conditioning or smoky rooms, drink lots of water and avoid caffeine and alcohol, which dehydrate you.

“I also have to avoid food that’ll give you acid reflux, the biggest cause of damage to the vocal cords. I’m quite prone to that and I was suffering from acid reflux at the time.”

To retrain her speaking voice, Garrett was also given different exercises.

Although she has now made a full recovery, the opera admitted she remains cautious: “I still have checkups once a year and my speech therapist likes to give me a revision course to make sure I’m still doing everything right to try and prevent it happening again.”