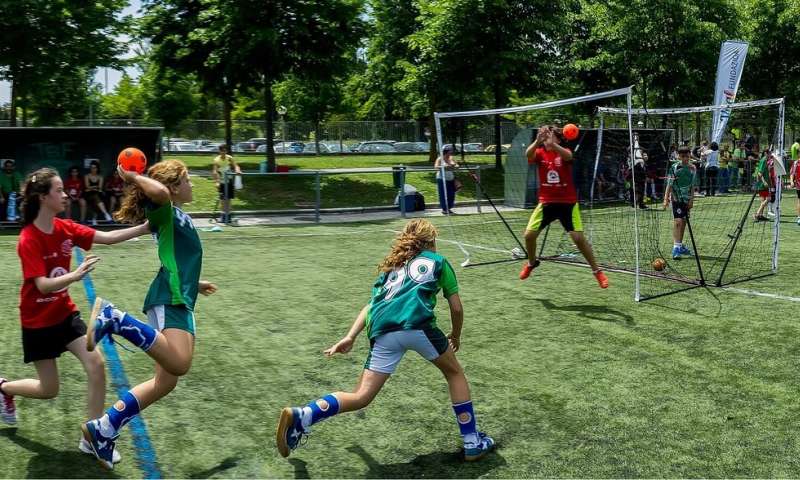 Patterns set during childhood can influence adult life profoundly, and exercise habits are no exception. With the U.S. seeing a 20-year trend of increased risk of being overweight or obese among children, there’s reason for concern about both short- and long-term effects on health at a population level.

Recent USC findings—from one of the first empirical studies of physical activity in children based on data collected during the COVID-19 pandemic—suggest that the effects of the outbreak may exacerbate the problem.

Parents reported that children were less physically active and more sedentary during April and May compared to February. Importantly, an existing trend, wherein older kids tend to exercise less than younger ones, worsened during the first months when various lockdowns were put in place to slow the coronavirus’s spread.

“It’s a pretty big concern that kids get much less physically active as they get older,” said lead author Genevieve Dunton, Ph.D., MPH, professor of preventive medicine and psychology at the Keck School of Medicine of USC. “We’re seeing that, with the pandemic, these declines may be happening steeper and sooner.”

The study was published Sept. 4 in the journal BMC Public Health. Other authors were USC doctoral students Bridgette Do and Shirlene Wang.

Effects on children’s health could be grave if the routine of exercising less and sitting more outlives the pandemic. In the short term, this could lead to declines in mental health, declines in attention span and increases in sleep disruption. Long-term consequences may include increases in childhood obesity, and an attendant rise in risk for metabolic syndrome and type 2 diabetes.

“If the pandemic is resetting children’s trajectories for physical activity, that can be difficult to change,” said Dunton, who also is the director of the USC Real-Time Eating Activity and Children’s Health (REACH) Lab and a professor of psychology at the USC Dornsife College of Letters, Arts and Sciences. “It’s much easier to prevent it than to try to treat it later on.”

Sharper decline in exercise among tweens

The study examined physical activity and sedentary behavior in 211 children between the ages of 5 and 13, with participants drawn from 35 states and the District of Columbia.

In April and May, parents and legal guardians completed an online survey. Among the questions, the researchers asked about perceived changes in time spent exercising and time spent sitting, comparing February (before COVID-related lockdowns) to the previous week.

“This really underscores that COVID-19 may be exacerbating age-related declines in physical activity,” Dunton said.

Not all groups may be affected equally

Some findings suggest that children who are raised in low-income households or who are ethnic or racial minorities may be at particular risk for exercising less and sitting more during the pandemic.

Looking at the location where physical activity takes place, parents reported a significant increase in the proportion of their kids’ exercise at home or in the garage and on sidewalks or roads in their immediate neighborhoods. And about one-third of children used streaming services to take part in activity classes.

These results may indicate a detriment to children in families who lack space in and around their dwellings; who live in more-densely packed areas with greater traffic volume and safety issues; or who can’t afford the internet service or devices needed to connect with streaming content.

While the BMC Public Health study did not set out to answer questions about race or ethnicity, her concerns are backed up by another study she led examining pandemic-related changes in physical activity in adults. Currently in preprint while undergoing peer review, the research showed that, while adults walked less and recorded lower step counts overall, the decrease was greater in Latinos and low-income participants.

“That’s a big issue,” Dunton said. “These secondary impacts on health behaviors really echo disparities that we’re seeing across the board with COVID-19, where socially and economically disadvantaged groups are disproportionately impacted in infection rates and death rates.”

Getting kids moving despite the pandemic

According to parents’ reports, kids’ top modes of exercise the day before the survey in April or May were free play and unstructured activity, seen in 90 percent of children, and going for a walk, seen in 55 percent. For Dunton, these findings may open some possibilities for reversing the worrying decrease in physical activity.

With walks such a popular activity, parents could consider redirecting time spent with their kids toward walks and other forms of casual exercise.

“Family-based activities may be an incredible opportunity,” Dunton said.

Given the important role of free play and unstructured activities for kids, she suggests that parents find ways to further encourage this behavior. Where public spaces such as parks are open, an adult could take small groups of kids on regular outings where they get the chance to run around and play together in an unorganized manner—while complying with measures to stifle contagion, whether it’s in the context of play that is masked and physically distant or pods of two or more families that socialize exclusively and eschew contact with others.