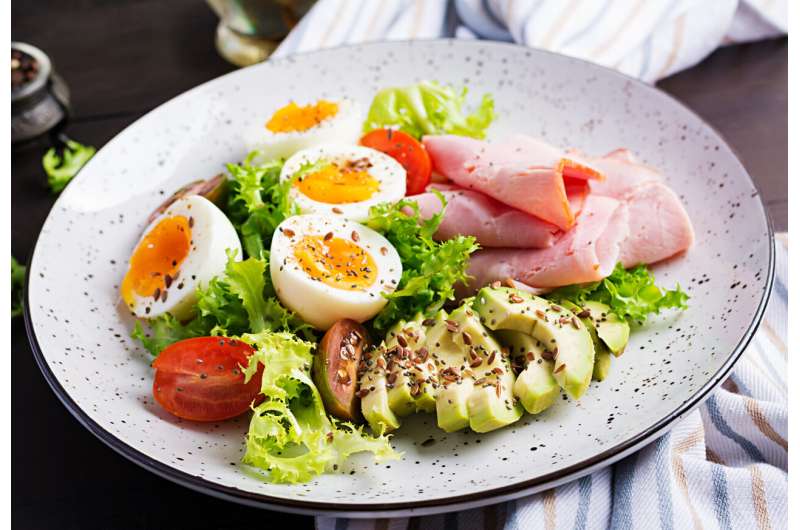 A rule of thumb in the mountains is to turn around in time when the situation warrants. You might want to apply this wisdom to dieting as well. Especially if you swear by an extremely low-carb eating approach known as the ketogenic diet.

You’ll find an abundance of varying advice on how to lose weight if you ask Google.

And it’s an undeniable fact that Norwegians, like much of the rest of the Western world, are becoming fatter.

A large percentage of Norway’s adult population is now overweight or obese, increasing the risk of a number of health problems. So what should we do?

One diet that has received increased attention in recent years is the ketogenic, or keto, diet.

Foods that contain a lot of carbohydrates are completely off limits. That means zero bread, rice, potato or pasta. Root vegetables are taboo too.

Keto diets vary, but the goal for most of them is to consume less than 50 grams of carbohydrates per day. The diet does not have to involve eating a lot of fat and meat.

You might see adherents of this diet eating fish, avocado, eggs and sour cream for lunch, for example.

Instead of snacking on an apple, nuts or salad fill the bill.

Keto dieters who master their self-discipline can experience something bordering on magic. During the first week you can lose several kilos.

Normally, the body uses the glucose from carbohydrates for energy. In the absence of glucose, a process called ketosis occurs. The body burns fat instead of carbohydrates as its main fuel source. When we don’t eat carbohydrates, the liver breaks down the fat stores to produce energy. This energy also creates molecules called ketones.

Another feature of the keto diet is that you don’t feel hungry in the same way as with other diets.

Hunger pangs are hard to deal with when trying to lose weight.

Greater amounts of a hormone called ghrelin are secreted in the stomach when we lose weight. This hormone produces the hunger pangs.

“Everyone has this hormone, but the amount of the hormone increases if you’ve been overweight and are losing weight,” says Catia Martins, a professor of nutrition at NTNU.

“So it’s likely that people who’ve been overweight will have to live with an increased feeling of hunger for the rest of their lives,” Martins says.

People on the keto diet feel less hungry, even if they are losing weight. It sounds almost too good to be true.

“Diets that are extremely low in energy are ketogenic, and induce rapid weight loss. For some patients, it’s a good way to lose weight. You see results quickly, and feel motivated to keep on dieting. The biggest advantage of keto diets in general—including VLED (very low energy diet) and VLCKD (very low-carb ketogenic diet) variants—is that patients don’t feel hungry, which is a common side effect of other diets,” says Martins.

One intermediate conclusion is that the ketogenic diet leads to rapid weight loss, and you don’t feel as hungry as you do with other diets.

But eating only nuts, vegetables, fish and eggs over a long period of time is challenging.

Try finding some food on the road with this diet, like at a gas station or cafe, and you’ll soon find out why.

“The vast majority of people who are overweight manage to lose weight on their own, but the research shows that only 20% are able to keep the weight off after dieting,” says Martins.

The sad statistics for weight gain after dieting tend to apply regardless of diet.

But let’s say that you persevere with very few carbohydrates, by eating nuts, fish, eggs and sour cream for an extended period. Is the keto diet healthy in the long run? Does it have side effects?

Studies in the nutrition research field show differing lengths of time for how long the keto diet can be healthy. One study on morbid obesity showed that 24 weeks was fine. Others show that the diet should be used for shorter periods.

“A ketogenic regime is ok for weight loss in the short term. These diets should only be used by healthy people and under the guidance of a nutritionist,” says Martins.

Clear side effects have been observed.

“Side effects include breath that smells like urine, exhaustion, energy loss, hair loss, constipation, headaches and dizziness,” says Martins. She emphasizes that all these symptoms quickly disappear when the diet ends.

In some people, urine-smelling breath shows up after only two to three days, but this varies greatly.

So what should you eat after a round of the keto diet, so that you don’t gain back the weight?