The star was only 33 years of age when he passed away. He was found dead in a hotel in Hollywood, and reports confirmed his heart had stopped due to an overdose of cocaine and heroin. His regular consumption of class A drugs, especially cocaine, was public knowledge and even more has emerged about the star’s addiction since his death.

Having expressed an interest in comedy from a young age, Belushi became one of the original cast members of hit American show Saturday Night Live, which now attracts the latest celebrity hosts from Adele and Kim Kardashian.

Away from work, Belushi was reported to have drugs handed to him as he “walked down the street” and the star first began to rely on drugs in order to cope with his long working hours and other insecurities.

In fact, the peak of his severe addiction came during the production of The Blues Brothers. “We had a budget in the movie for cocaine for night shoots,” Belushi’s comedy partner Dan Aykroyd shared back in 2012.

“Everyone did it, including me. Never to excess, and not ever to where I wanted to buy it or have it.

DON’T MISS: Diabetes: 7 common fruits that can be ‘dangerous’ – run the risk of blood sugar spikes 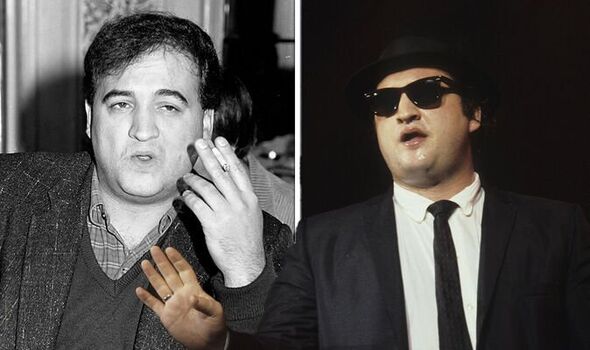 “John, he just loved what it did. It sort of brought him alive at night—that superpower feeling where you start to talk and converse and figure you can solve all the world’s problems.”

Director John Landis has also made comments about the star’s addiction during this time and the effect it had not only on his health, but on his career.

He said: “By the time we made Blues Brothers, John was a massive star, so it was different working with him on this than it was on Animal House – he couldn’t go anywhere, and he had this awful addiction to cocaine.

“We hired a guy to watch him and there were some really scary moments during the making of that movie. People say now John was difficult to work with, but he wasn’t. The only fight I had with him in all the time we worked together was about drugs, so it wasn’t a temperament thing, it was a health thing.

“With addiction, you can’t help someone unless they want it. It’s like offering a drowning man your hand and they refuse it. It was terrible. He went from being this really sweet guy to someone hyper and maniacal.”

With those around him desperate to get him the help he needed, Belushi continued to live a wild lifestyle, going to clubs until the early hours of the morning. “He was going 24 hours a day,” Landis added.

Despite his terrible addiction, Belushi’s legacy and ability to make people laugh and smile lived on. The impact the star had on the entertainment industry is clear when looking at the stars who turned up at his funeral including Bill Murray, who went on to take Belushi’s part in the film that went on to be Ghostbusters.

“John was one of the big boys, but he wasn’t out there on his own. I think maybe people didn’t really know then how dangerous it was. Then John died and then they did,” said the star’s widow Judy Belushi Pisano. 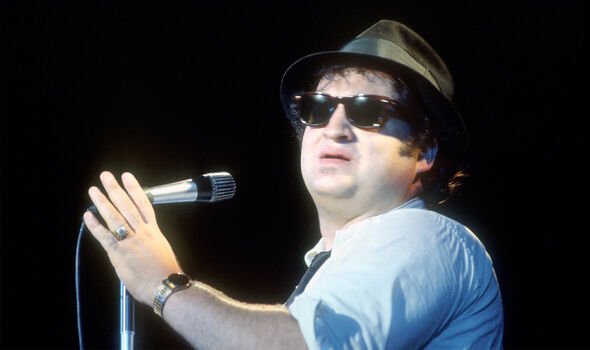 Although sounding simple, drug use and addiction can have disastrous effects on an individual’s brain and behaviour, leading to an inability to control the use of a legal or illegal drugs or medication.

Cocaine and heroin in particular are highly addictive, but when mixed can become very dangerous. The NHS states that around nine out of 10 deaths involve people using heroin or other opioid drugs with substances like benzodiazepines, methadone, cocaine or alcohol.

No one intends on becoming addicted to Heroin, but many people using it eventually find themselves unable to feel normal without it. The NHS explains that physical dependence means the body adapts to the presence of the drug and withdrawal symptoms can occur if use is suddenly stopped. Physical symptoms of withdrawal include:

Withdrawal can occur alongside mental health issues. This is particularly the case for those experiencing trauma or mental health problems with painful memories, intrusive thoughts and anxiety. Smoking heroin can cause damage to the lips, mouth and lungs. 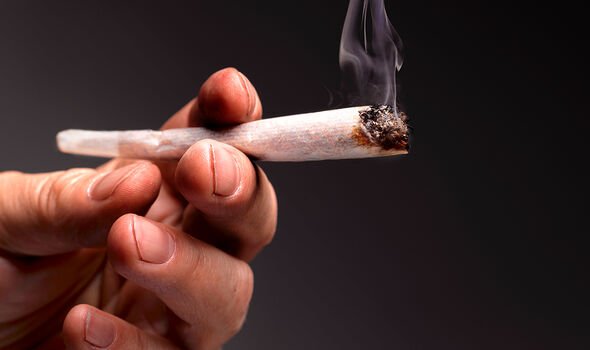 Similarly, repeated exposure to cocaine can affect the brain, making it less sensitive to natural reinforcers. At the same time, circuits involved in stress become increasingly sensitive, leading to increased displeasure and negative moods when not taking the drug, which are signs of withdrawal.

The National Institute on Drug Abuse explains that cocaine is risky for anyone with high blood pressure or a heart condition, but even healthy young people can have a fit, heart attack or stroke after using the drug. This risk increases if cocaine is mixed with other drugs or alcohol.

Over time, snorting cocaine can damage the cartilage in the nose that separates your nostrils. Heavy users can lose this cartilage and end up with one large nostril and a misshapen nose.

For help and support Narcotics Anonymous (NA) is a community of people who support each other to achieve and maintain a drug-free life. Call 0300 999 1212, Monday to Sunday, 10am to 12am. Alternatively, contact charity We Are With You to get support for a range of addictions or mental health trouble.