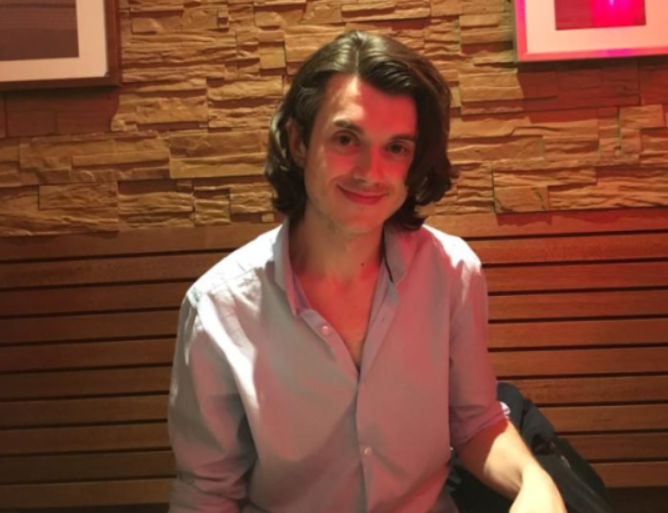 OCD first slithered into my life when I was very young.

One moment I was fine, and the next, a malevolent alien had worked its way into my brain and took a seat at the control panel. Like a horror version of Disney’s Inside Out.

Obsessive Compulsive Disorder (OCD) is a mental health condition in which a person has obsessive thoughts and compulsive behaviours. It affects 12 in every 1,000 people in the UK, and is not specific to age, gender, social or cultural background.

Obsessive thoughts, such as worrying something disastrous will happen in your home, can often lead to compulsions – like triple-checking the gas is turned off before going out. It isn’t something people can control.

For me, OCD suddenly manifested itself in disturbing thoughts – or rather threats – against my family. If I didn’t carry out certain repetitive actions, then the voice would tell me that they – my parents and sister – would die.

The specifics of how weren’t there and I didn’t think I would be the one harming them. It was as though a dawning certainty of their fate suddenly crashed into my head with no warning and context and wouldn’t leave until I carried out the actions.

While I’m seeing more people with OCD talk publicly about their experiences, it’s still something that is largely misunderstood and generally, not taken seriously.

It can also manifest when people are very young, continuing into adulthood or stop and start again – triggered by difficult or traumatic life events. OCD is a deeply troubling condition that affects people differently – some can function with it and some can’t.

I hope that by sharing my experience and talking about my symptoms – as mild as they are compared to some sufferers – it will normalise and add more context to what having OCD is like.

Out for a walk with my parents when I was a child, I would stand only on the joints where paving stones met and I’d have to retrace my steps if I missed any. The ‘thing’ in my head was telling me that if I didn’t, my entire family would die.

I’d have to close my bedroom door a certain number of times, either by slamming it or by moving the handle a particular way, which always had to be the same or I’d need to start again.

There was no reasoning to the threat against my family – it didn’t really make sense. My parents just got annoyed when they heard me slamming the door. I never told them what was wrong, because I didn’t know how they’d react and I didn’t understand what was happening.

The voice was quiet, but insidious and in total control. I had no way of escaping.

During these compulsions, I would often cry. I didn’t want to carry them out – I felt frustrated and scared. At the same time, there was a certainty about what I had to do to keep the bad thoughts at bay.

When it started, I had no idea it was OCD. I can’t even remember when I came across the term or attributed it to what I was going through but it must have been early adulthood.

Even then, however, I just thought I had it because I was over the top clean and tidy, which caused major issues with housemates. Though this is very much a symptom of OCD, it’s commonly thought of as the only one. It wasn’t until very recently that I learned about intrusive thoughts in books and online.

Between then and now, a person in my thirties, I know the compulsions continued but I think I normalised them so much that they became a part of my identity. I always tried to keep them secret too, not revealing my thoughts to even my closest friends so nobody ever picked up on them. At least as far as I know.

Because it’s all I’d known, I didn’t even think about getting help and, even if I recognised it as a serious issue, I’m not sure I’d have tried anyway. I would have felt shameful and like a drama queen.

In the last few years, the stigma around mental health disorders has lessened and more people are finding comfort in knowing that the way they behave, or feel, isn’t abnormal.

I’m comforted by the wider, more positive discourse around mental health. Not only has it made me feel less isolated but keener to talk about my struggles.

This is true with OCD, but many people still don’t take it seriously. Ironically, when I’m accused of being ‘a little OCD’, it’s not, I don’t think, when I’ve been carrying out compulsive behaviours.

Instead, it’s because I’m clean and like tidying and doing things in a certain way, like when the laundry is put on the clothes horse in a specific order.

In the past, I’ve laughed these comments off because they’ve often been directed at me in an affectionate way – but as my OCD has got worse recently, I’ve found it harder to be complacent.

Big life events often cause a rise in OCD compulsions, and I’ve moved four times in the last few years and experienced significant changes like getting married during the pandemic. The anxiety I have felt around all of these events has fed the alien in my brain.

Now, I double check if doors are locked at home and whenever anybody speaks to me, I count out the syllables in my head, while tapping my fingers simultaneously. The number of counts and taps must match. I feel trapped in a body that doesn’t feel like it belongs to me.

Though OCD is still somewhat stigmatised, I feel more confident than ever before with talking about my mental health so, for the first time, I’ve decided to get some professional help.

I went to the doctors before Christmas and told them what was going on.

Initially, I felt anxious. Would they fob me off? Like many people’s experiences with the NHS – as great as it is – this is historically my experience of going to the doctor. I joined a support group on Facebook for people with OCD and voiced my concerns.

It was a great help as I was given words of encouragement and even a script I could read to the doctor that told them what was wrong if I couldn’t.

I needn’t have worried, however. I was listened to and asked considerate questions about my symptoms.

I was prescribed Sertraline, which commonly treats depression but also eases anxiety and symptoms of OCD. I was also referred for therapy.

Though my journey and path to discovery is only beginning, just knowing I’m finally gaining some control is amazing.

If you’re struggling with OCD, don’t do it alone. Even if you don’t feel ready to speak to a professional about it, there are support groups out there that can help – even just by reading other people’s stories in efforts to normalise your thoughts. It helped me.

Know that speaking to a medical professional doesn’t have to be an arduous task.

I’m still learning about my diagnosis but, for now, I’m calling people out on their ignorance. Please stop saying ‘You’re so OCD’ to people. It’s offensive and takes away the seriousness of something that is very difficult to live with.

Now, I’m no longer laughing it off.