Home » Health News » Is gaining weight as you age inevitable?

After turning 20, the average adult puts on between a half and a whole kilogram of weight each year.

Of course, many people become more sedentary with age and time pressures at work can mean we are more likely to turn towards energy-dense, nutrient-poor fast foods. But does middle-aged spread happen among those who don’t change their diet or fitness habits? 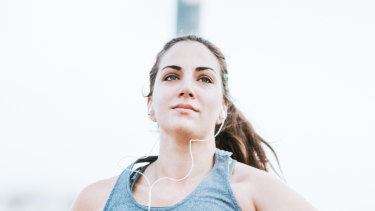 Weight gain as we age is common but it is not inevitable.Credit:iStock

New research from the Karolinska Institutet in Sweden has found the rate at which we store and remove lipids (fat) from our fat cells slows with age, which could explain why losing weight in middle age is less likely than gaining it.

The lipid turnover rate slowed among all participants with age, but some gained weight, some lost weight and some remained the same. Thus, researchers concluded it was not the lipid turnover rate that made the difference in their weight, but whether or not they adapted their lifestyle accordingly.

Researchers found those who didn’t reduce their energy intake, improve the composition of their diet or increase their exercise output gained an average of 20 per cent of their body weight over the period in which they were studied.

Those who didn’t reduce their energy intake, improve their diet or increase exercise output gained an average of 20 per cent over 13 years.

Other factors influence our weight as we age, adds Professor Julie Byles, director of the Research Centre for Generational Health and Ageing at the University of Newcastle.

In a report published last year, Professor Byles and her colleagues noted there has been a rapid increase in the weight of women as they age. “Women are heavier in their 50s than in their 40s, and younger generations will be heavier than their mother’s (and grandmother’s) generations.”

This is partly to do with social circumstances as well as lifestyle factors.

“Stress and life stage also played a role,” Professor Byles explains. “Diet, physical activity and sitting are important health behaviours. However just telling people to exercise and eat better ignores the complexity of the factors that promote obesity, and is not likely to be effective across the population.

“We also need to pay attention to the social circumstances, and to the broader social, physical and economic environment.”

Given obesity is an issue affecting a growing number of the world’s population (numbers have tripled over the past 30 years), understanding the processes at play is important, according to the Swedish researchers.

Although weight gain as we age is multifactorial and complex, and public health policies are needed to support and educate people, it is not inescapable, agrees Professor Peter Clifton of the Nutrition School of Pharmacy and Medical Sciences at the University of South Australia.

What we do does make a difference, regardless of our fat turnover rate or metabolism.

“Everything slows as we age so I am not surprised lipid removal did as well,” he says, adding: “It is not inevitable we will put on weight as we age – we just need to reduce caloric intake and not store lipids.”

We do this through good nutrition and moving actively into old age, Clifton says: “Exercise will burn more lipids and stop accumulation in fat.”