Home » Health News » If you're worried that you're a narcissist, you're probably not one 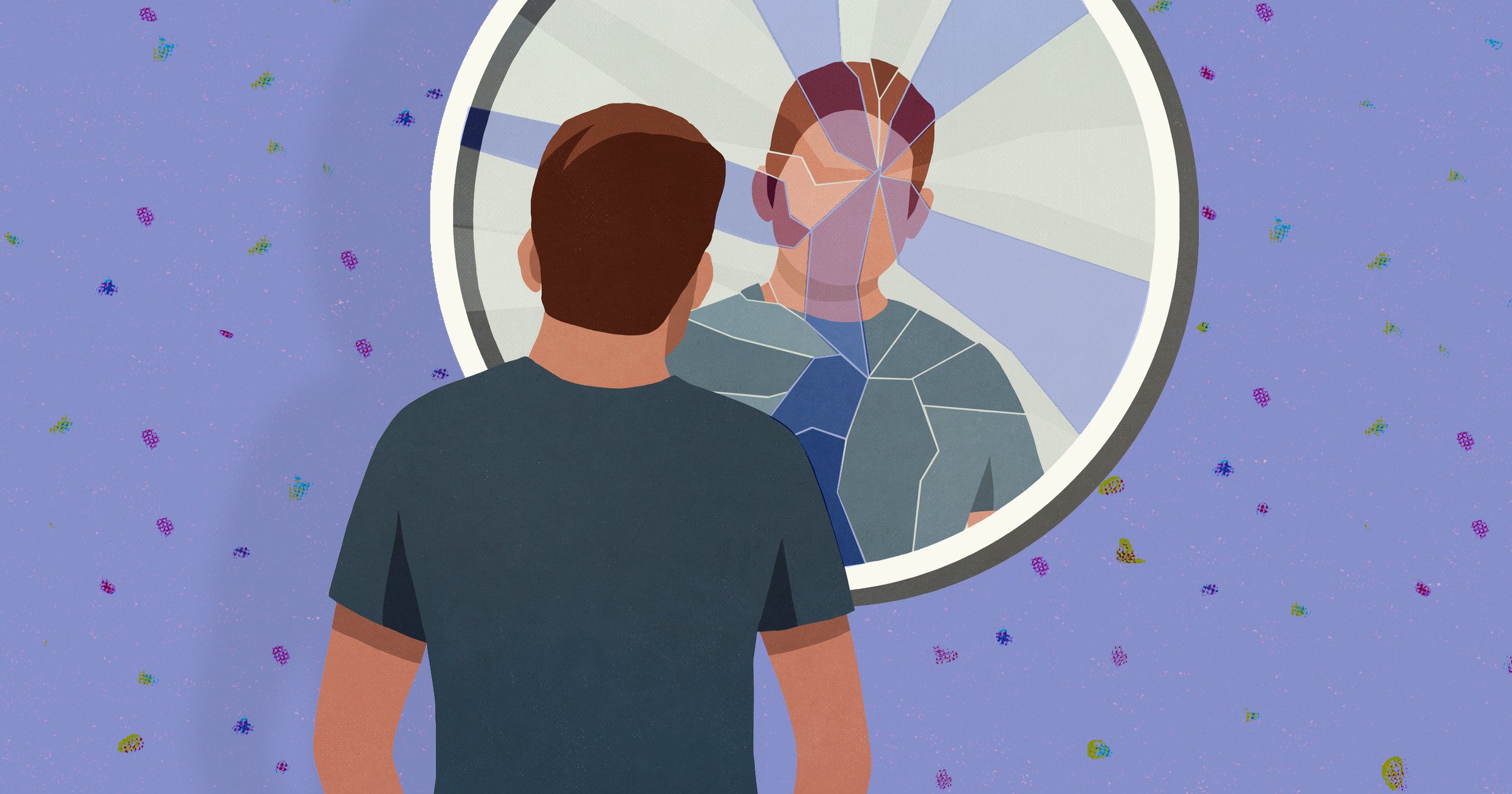 ‘Maybe I’m just a narcissist,’ my friend Anna said, just the other day, as she explained an issue she’d been having.

It struck me, not just because I’d never interpreted a single one of Anna’s behaviours as narcissistic, but because I’d said something similar to another friend only a few days earlier.

‘I’m constantly worried that I’m actually a raging narcissist, and that the things I’m feeling, especially when I’m angry with someone, are a product of that,’ I said.

She reassured me, like me with Anna, that I’d never displayed any narcissistic tendencies within our friendship, and told me she often worried the same.

It wasn’t the first conversation like this that I’d had, and it certainly wasn’t the last, and, in fact, Google searches for the term ‘am I a narcissist’ have been rising since the end of 2020, as have searches for ‘Narcissistic Personality Disorder’.

So what’s going on? Why are we all worried that we’re narcissists?

What is Narcissistic Personality Disorder?

Let’s start by looking at what it actually means to be a narcissist.

Everyone is the protagonist of their own life, so it’s normal to sometimes think or act selfishly. After all, the only perspective you have is your own.

But to be a narcissist is to have a genuine personality disorder – Narcissistic Personality Disorder (NPD), which is defined in the Diagnostic and Statistical Manual of Mental Disorders (DSM-5) as being characterised by a life-long pattern of exaggerated feelings of self-importance, an excessive craving for admiration, and a lack of empathy.

‘We can view narcissism as a personality trait which is on a spectrum,’ psychologist and author Dr Meg Arroll tells Metro.co.uk. ‘It is only at the extreme end that someone would be defined as having a narcissistic personality disorder.’

The thing about worrying that you might be a narcissist is that it’s a tell-tale sign that you’re not.

For my friends and I, concerns that we’re being narcissistic often stem from moments where we centre our own needs and feelings above someone else’s, like a partners, and we’re worried that we’re not putting somebody else first.

‘If you’re worried that you’re a narcissist, it’s a pretty strong indication that you’re not one,’ says Dr Meg. ‘Narcissists tend to lack a sense of self-awareness, so if you’re pondering this question then you are likely to score low on the personality trait of narcissism.’

In fact, she says, you’re more likely to score highly for empathy – something that people with NPD vitally lack.

‘Empaths are highly attuned to other’s emotions and how their actions may affect other people so may worry that anything slightly narcissistic in their behaviour might harm others,’ she says. ‘A narcissist wouldn’t be concerned at all, and wouldn’t worry about their impact on those around them… but only how it might reflect back on them.’

How to know you do not have high and determinantal levels of narcissism:

Why do I worry that I’m a narcissist?

Dr Meg believes that anxiety is at the root of these concerns.

‘Humans are wired to feel anxious, because if we can sense a threat to the environment, we’re more likely to survive,’ she says.

Humans have also evolved to be social creatures, and we’ve survived this long by forming group dynamics and group bonds, and anything that could see us excluded from our groups is perceived as a threat.

‘If we are treating someone poorly, if we’re very selfish, we may be excluded from that group,’ Dr Meg contonies. ‘So, that leads to anxiety.’

Essentially, we’re over analysing our thoughts, feelings and behaviours because we’re worried about being bad friends.

Interestingly, Dr Meg notes that women are more likely to feel this way (for what it’s worth, I’ve never spoken to a male friend who was worried he was a narcissist).

‘Women are wired to be very sensitive to group dynamics, because our role within the group dynamics is to attend and befriend – to keep the group together,’ she says.  ‘Meanwhile, men will have a stronger fight or flight response in terms of being able to provide, and they’re not as bothered by the group bond.’

All in all, Dr Meg says, if you’re worried about being a narcissist, you’re probably not one, and it’s a good thing if you’re able to talk about these things openly.

So if this is you, try not to worry, and remember that, in terms of human evolution, your concerns make ‘perfect sense.’