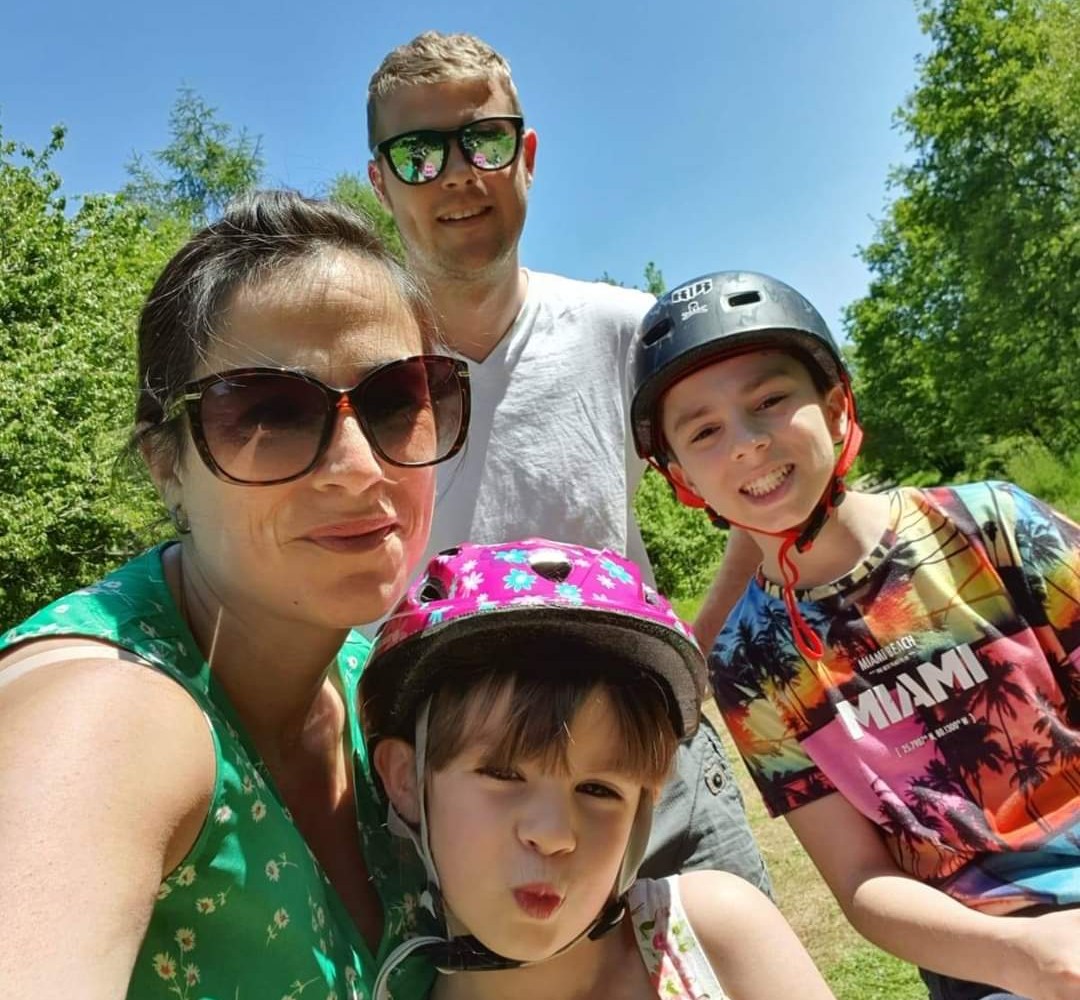 When I found out I was pregnant for the first time in 2005, I was absolutely terrified.

As someone who is part of the first generation to be born with HIV, my pregnancy was like living in the unknown.

The entire time, I was anxious about the same thing happening to my child, and my limited life expectancy at the time meant I didn’t think I would watch my child grow up.

Before my pregnancy, I didn’t take my HIV medication due to self-stigma and the discrimination I had experienced from others throughout my life. Taking it was a constant reminder of my status that I couldn’t bring myself to face.

But as soon as I found out I was pregnant, I got onto treatment and my child was negative – but the trauma that I experienced growing up with HIV meant that I couldn’t enjoy my pregnancy.

I wasn’t diagnosed until I was five years old – I had chickenpox and struggled to recover from it so the doctors took a blood test and found out I had contracted it from my mum during labour. At this point, I was given a six-week life expectancy.

My HIV status wasn’t discussed with me at all at the time – I was so poorly and I didn’t have any idea what was happening.

After my diagnosis, my mum got tested and it was positive. There wasn’t HIV testing in pregnancy in 1988 – this wasn’t introduced until 1993.

When I was younger, I was forced treatment by the hospitals and my family; I was prescribed 16 pills a day, twice a day – but the side effects started to take their toll.

My medication at the time caused ulcers in the oesophagus, fatigue, sickness, and muscle problems.

As a child, I didn’t understand that what I had was life-threatening, I just knew the horrific side effects of the treatment that was available at the time, so I started to refuse my treatment.

My diagnosis massively impacted my life growing up – being a child with HIV in the 1990s was not easy and because my family kept my HIV diagnosis a secret from me, I was very confused and rebellious child.

My entire childhood was spent in and out of the hospital, and I was bed bound for two years when I was six years old.

I had to learn how to walk again and was tube-fed. When I was 15, I found out about my HIV status after being tested while in A&E for a broken arm.

I was shocked, angry and terrified – I thought I was going to die. Suddenly, being ill my entire childhood made sense. I confronted my family and consultants, extremely angry, and even threw a chair and walker out of a meeting with the doctors.

I was so hurt and felt betrayed by everyone around me, including my consultants who were also my family as I spent so much time with them.

Now, I understand why they did and how difficult the stigma was – I was part of the first cohort of children born with HIV, so they didn’t realise keeping it secret would cause so much damage.

They learned from it and worked with children earlier through the Children’s HIV Association (CHIVA).

I confided in a friend about my HIV status, who then told the whole school about it.

The bullying I experienced was relentless and things got so bad that I had no choice but to leave school without sitting my exams.

My life spiralled out of control in 2009 when I lost my mum to AIDS-related illnesses when she was 42. Like me, my mum wasn’t medicated because of HIV stigma – her health deteriorated so rapidly, one minute she was here and the next she was gone.

At the time, I was 20 and my firstborn was just two years old. There are no words to describe just how much my heart shattered that day. The pain of watching my mum die was unbearable; in that moment, I had nothing left inside me.

I isolated myself from the outside world for three months. My partner at the time looked after my son due to my depression of the loss of my mum. I was destroyed and just didn’t want to be alive anymore.

In 2010, after the anniversary of her death, I tried to take my own life and ended up in hospital.

From there, I was given cognitive behavioural therapy (CBT) and attended group therapy, but wasn’t able to fully come to terms with my mum’s death and split up with my partner in 2012.

After she died, I didn’t use HIV services at all until I was admitted to hospital in 2012 with pneumonia and a chest infection and my CD4 count was checked.

A CD4 count indicates how healthy your immune system is.

Anything over 500 is considered a good CD4 count – mine was just 10. I knew that if I didn’t get onto treatment I was going to have the same fate as my mum

I managed to turn my life around.

I met my current partner Jay through a mutual friend. We just clicked and were both recently single – he had a huge impact on my life.

By January 2013, I was solidly on treatment with his support. He came to appointments with me and used to text me reminders to take my medication.

It wasn’t until 2018 that I fully came to terms with my diagnosis.

My relationship with it completely transformed when I did a peer mentoring course with Positively UK.

The course was advertised on posters at the HIV Clinic in Milton Keynes Hospital. They encouraged me to go as they thought I would be brilliant at helping others.

After speaking to other people living with HIV, I was able to realise that the virus was just like any other health condition. It lives inside of us, but it does not define us – it’s just one aspect of our lives.

It changed my life for the better – it felt like the heavy armour I had been wearing for my entire life had been lifted off my shoulders.

I became committed to educating others on the reality of living with HIV. I joined Terrence Higgins Trust’s Positive Voices programme and delivered talks to audiences across the UK about my personal experiences.

Sharing your story is still a nerve-racking experience, but it is so rewarding to help educate and support others.

Although I had accepted my diagnosis, being a mother living with HIV was a struggle. Advancements in medical treatments mean that today, people living with HIV who are on effective treatment are able to give birth to HIV negative children – but there are unique challenges that they have to face.

With all three of my children, I was never given the opportunity to have a natural birth or to breastfeed in order to minimise the risk of passing on HIV. I felt like I didn’t get to have the same choices as everybody else.

Not only did I experience my own guilt for not being able to breastfeed, I was also shamed by other people for it, including parents and midwives.

A midwife on the ward who hadn’t looked at my medical notes asked me why I hadn’t tried to breastfeed my baby in front of other mums – I told her to go read my notes as I was afraid to publically talk about my status.

In other situations, I told some mums the truth, but pretended to most of them that I couldn’t produce the milk.

There are an alarming amount of, not just the public, but also people living with HIV that still don’t know that effective treatment means you can have HIV negative children – there’s clearly an urgent need for more education on this.

As a member of the first cohort of children born with HIV, I don’t know for certain what my future will be – but so far it’s looking pretty good.

Effective treatment means I can’t pass on HIV to Jay. I’m getting married next year, my children are healthy, and my life is looking healthy.