Home » Health News » How to get rid of visceral fat: Best diet to reduce the belly fat – five foods to eat

Visceral fat is deemed harmful to the body because it’s stored in the abdominal cavity next to many vital organs, including the liver, stomach and intestines. If a person has too much visceral fat, they become at increased risk of serious health complications like cardiovascular disease. Eating a poor diet can lead to visceral fat build-up, so making changes to what you eat can be effective at getting rid of it. While you should avoid high levels of saturated fat, you may want to consider eating more probiotic foods.

Probiotic foods contain probiotics – a bacteria which has been found to have many health benefits, including improving gut health and enhancing immune function.

A number of studies have shown different types of bacteria play a role in weight regulation and that having the right balance can help with weight loss, as well as belly fat loss.

But you may also want to consider the following probiotic foods.

Kefir is a fermented probiotic milk drink, and is made by adding kefir grains to cow’s or goat’s milk. 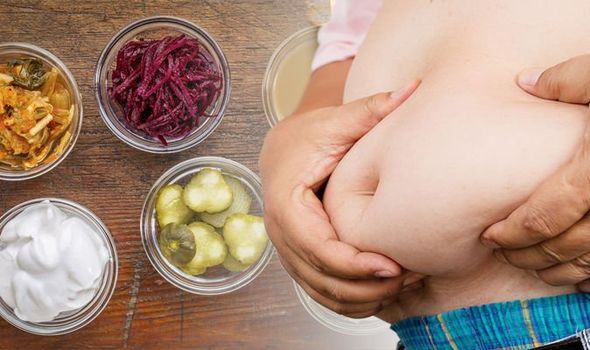 Alongside its probiotic qualities, it’s also rich in important vitamins and nutrients, such as fibre, vitamins C, B and K.

Tempeh is a fermented soybean product with a texture similar to a mushroom.

As well as being a probiotic, it contains vitamin B12, so is a good choice for vegetarians.

Kombucha is a fermented black or green tea drink which is fermented using a friendly colony of bacteria and yeast. 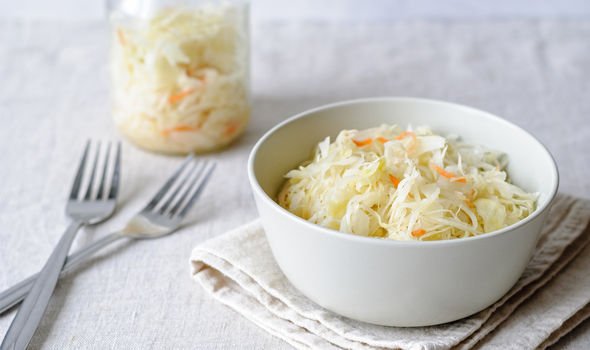 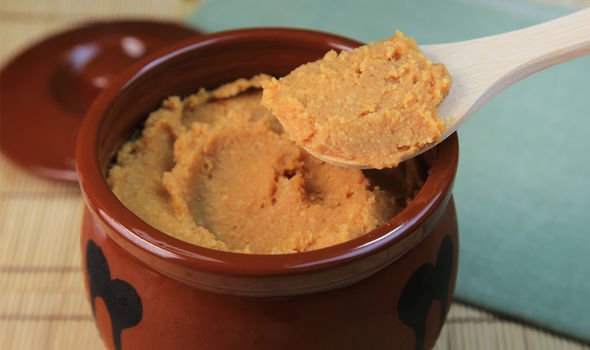 Miso is made by fermenting soybeans with salt and a type of fungus called koji.

As well as its probiotic content, it’s a good source of protein and fibre.

When it comes to a general diet to follow to get rid of visceral fat, experts recommend the keto diet.

Also known as the ketogenic diet, the keto diet is a popular low-carb diet which has been shown in many studies to reduce visceral fat – more so than low-fat diets.

The ketosis diet drastically reduces carb intake and replaces it with fat.