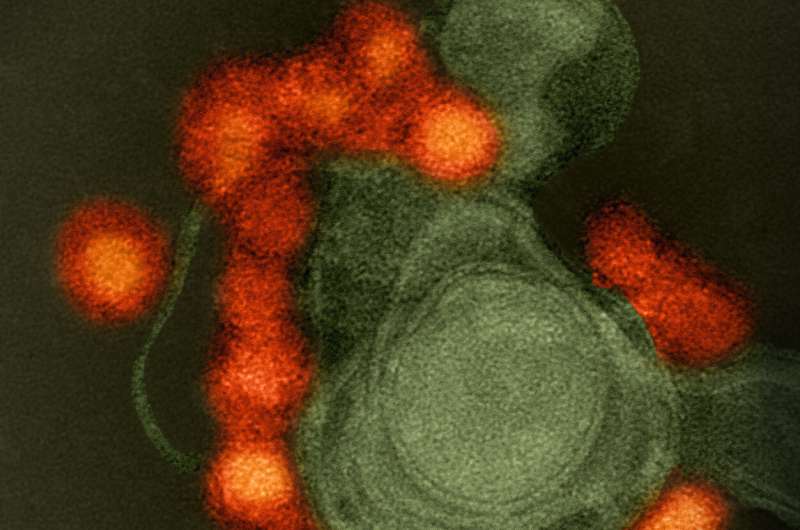 Zika virus has a trick up its sleeve. Once inside the body, the virus likes to make a beeline for dendritic cells, the cells we rely on to launch an effective immune response.

“Dendritic cells are major cells of the innate immune system,” says La Jolla Institute for Immunology Professor Sujan Shresta, Ph.D., a member of the LJI Center for Infectious Disease and Vaccine Research. “How is this virus so clever that it’s able to establish infection in cells that would normally fight infections?”

“Here are dendritic cells doing everything to help a virus,” says Shresta.

The Nature Communications study is a major step forward in the Shresta Lab’s work to guide the design of new antiviral therapies against many members of the Flavivirus family, including Zika, dengue, and Japanese encephalitis virus (JEV).

“Understanding how viruses interact with human cells is critical for understanding how to treat or prevent infection in the future,” says UC San Diego Professor Aaron Carlin, M.D., Ph.D., a former trainee in the Shresta Lab and co-leader of the new study.

Emilie Branche, Ph.D., a former postdoctoral researcher at LJI, led the effort to develop a model to better understand how Zika virus and dengue virus target dendritic cells. She worked with human immune cells called monocytes, which she prompted to differentiate into dendritic cells.

Branche analyzed how gene expression in these dendritic cells shifted during a Zika or dengue infection. She then compared the changes in gene expression with changes in cells she subjected to a “mock infection.” This comparison revealed precisely how Zika pulls off its cellular takeover.

The researchers found that Zika virus manipulates the genes that control lipid metabolism in dendritic cells. The virus calls in a cellular protein called SREBP, which forces lipid (fat molecule) production to go into overdrive. These lipids became the building blocks to assemble new copies of Zika virus—copies meant to spread through the body, further driving infection.

“We showed that Zika, but not dengue, modulates cellular metabolism in order to increase its replication,” says Branche.

The team then investigated whether Zika turns other cells into lipid factories. Although Zika is also known to target neuronal precursor cells, the researchers showed that Zika doesn’t manipulate the lipid metabolism genes in those cells. Shresta was surprised to see these changes only in dendritic cells, and she was surprised that Zika, not dengue, altered lipid production.

“These viruses are crazy,” says Shresta. “How these viruses manipulate host cell responses is very virus-specific and very cell-type specific.”

The next step is to develop antivirals that stop Zika from exploiting the genes for lipid metabolism. The new study shows that therapeutically silencing SREBP may hold promise.

What to do about Zika’s cousin, dengue? Because these viruses are so closely related and overlap in so many places, Shresta imagines a SREBP inhibitor as just one ingredient in a “cocktail” of inhibitors to treat many different flavivirus infections.