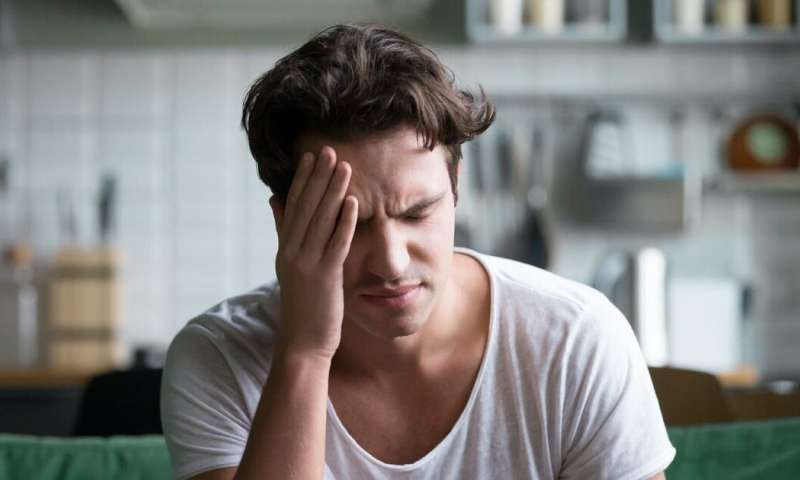 We’re now all too familiar with the common symptoms of COVID-19: a fever, dry cough, and fatigue. Some people also experience aches and pains, a sore throat, and loss of taste or smell.

Sufferers with mild illness might expect to get better after a few weeks. But there’s mounting evidence this isn’t the case, and COVID-19 may leave a long-lasting impression on its victims—not just the most severely affected or the elderly and frail.

It’s not just an infection of the lungs

On the surface, COVID-19 is a lung disease. The SARS-CoV-2 coronavirus infects cells of the respiratory tract and can cause life-threatening pneumonia.

However, the full range of symptoms affects multiple parts of the body. An app that records daily symptoms developed at King’s College London has tracked the progress of more than 4 million COVID-19 patients in the United Kingdom, Sweden and the United States.

Besides the well-described symptoms of fever, cough, and loss of smell are other effects, including fatigue, rash, headache, abdominal pain, and diarrhea. People who develop more severe forms of the disease also report confusion, severe muscle pains, cough and shortness of breath.

About 20% of those infected with COVID-19 require hospitalization to treat their pneumonia, and many need assistance with oxygen. In about 5% of cases the pneumonia becomes so severe patients are admitted to intensive care for breathing support.

It trips the immune system

People with severe COVID-19 seem to show an altered immune response even in the disease’s early stages. They have fewer circulating immune cells, which fail to efficiently control the virus, and instead suffer an exaggerated inflammatory response (the “cytokine storm”).

This is increasingly recognized as one of the main factors that makes the disease so serious in some patients. Suppressing this exaggerated response with the immunosuppressant dexamethasone remains the only treatment that reduces death rates in those who require oxygen support or intensive care.

Patients with severe COVID-19 describe a far more complex range of symptoms than would normally be seen with pneumonia alone. This can include brain inflammation (encephalitis), causing confusion and reduced consciousness. Up to 6% of severe sufferers may have a stroke.

Pathology studies and autopsies of patients who died from COVID-19 reveal the expected features of severe pneumonia or acute respiratory distress syndrome (ARDS), with extensive inflammation and scarring. ARDS occurs when there’s sudden and widespread inflammation in the lungs, resulting in shortness of breath and blueish skin.

Uniquely, however, they also reveal the virus seems to directly cause inflammation of the small capillaries or blood vessels, not just in the lungs but in multiple organs, leading to blood clots and damage to the kidney and heart.

Anyone with a severe disease would be expected to suffer long-lasting consequences. But COVID-19 seems to have persistent symptoms even in those with milder forms of the illness.

Social media is replete with stories of survivors afflicted by ongoing symptoms. Support groups have emerged on Slack and Facebook hosting thousands of people, some still suffering more than 60 days after infection. They call themselves “long-termers” or “long-haulers.”

One of the most well-known sufferers is Paul Garner, an infectious disease specialist at the Liverpool School of Tropical Medicine in the UK. He was infected in late March and his symptoms continue. In a blog post published by the British Medical Journal he describes having a: “…muggy head, upset stomach, tinnitus (ringing in the ears), pins and needles, breathlessness, dizziness and arthritis in the hands.”

These symptoms have waxed and waned but not yet resolved. He says this is: “…deeply frustrating. A lot of people start doubting themselves… Their partners wonder if there is something psychologically wrong with them.”

So far, only one peer-reviewed study has reported results on the long-term symptoms of COVID-19 infection: a single group of 143 survivors from Rome. Most of them did not need hospitalization and all were assessed at least 60 days after infection. They reported a worsened quality of life in 44.1% of cases, including symptoms of persistent fatigue (53.1%), breathlessness (43.4%), joint pain (27.3%), and chest pain (21.7%).

While our experience with COVID-19 has only just begun, long-term symptoms following severe viral illness are not a new phenomenon. Influenza has long been linked to persistent symptoms such as fatigue and muscle pain, including after both the 1890 and 1918-19 pandemics.

Survival of a severe viral pneumonia or ARDS, particularly after intensive care, is known to have long-lasting implications. Some survivors suffer long-term breathlessness and fatigue as a result of the damage to their lungs or from other complications. Survivors can also suffer depression (26–33%), anxiety (38–44%), or post-traumatic stress disorder (22–24%).

Long-term symptoms a feature of other coronaviruses

Our experience with other coronaviruses should have forewarned us of these problems. The first SARS coronavirus and the Middle Eastern Respiratory virus (MERS) caused severe disease in a greater proportion of sufferers than COVID-19, with significant numbers of sufferers developing ARDS and needing intensive care.

Canadian researchers followed survivors of the first SARS outbreak in Toronto. They found sleep disturbance, chronic fatigue, depression and muscle pains were common. A third of survivors had to modify their work and lifestyle, and only 14% had no long-term symptoms. Similarly, in a Korean group of MERS survivors, 48% still experienced chronic fatigue after 12 months.

The COVID-19 pandemic is still in its early days. Survivors with persistent symptoms, the “long-haulers”, are clearly not uncommon and their symptoms and concerns need to be heard, studied and understood. Clinical trials in the UK, Europe and the US are now recruiting to do this.