In the late 1970s, smallpox was eradicated worldwide thanks to large-scale vaccination programs. Smallpox is a highly contagious and deadly disease caused by the variola virus. The currently circulating Monkeypox virus (MPXV) is closely linked to the variola virus. Previously, MPXV was endemic only to Sub-Saharan Africa, but it has since spread worldwide. Older individuals, who received the smallpox vaccine, should be adequately protected against poxviruses. A recent review by Barbara S. Schnierle of the Paul-Ehrlich-Institut, Germany, and published in the journal Viruses summarized the existing knowledge about MPXV, the disease it causes, and the strategies to curb its spread. 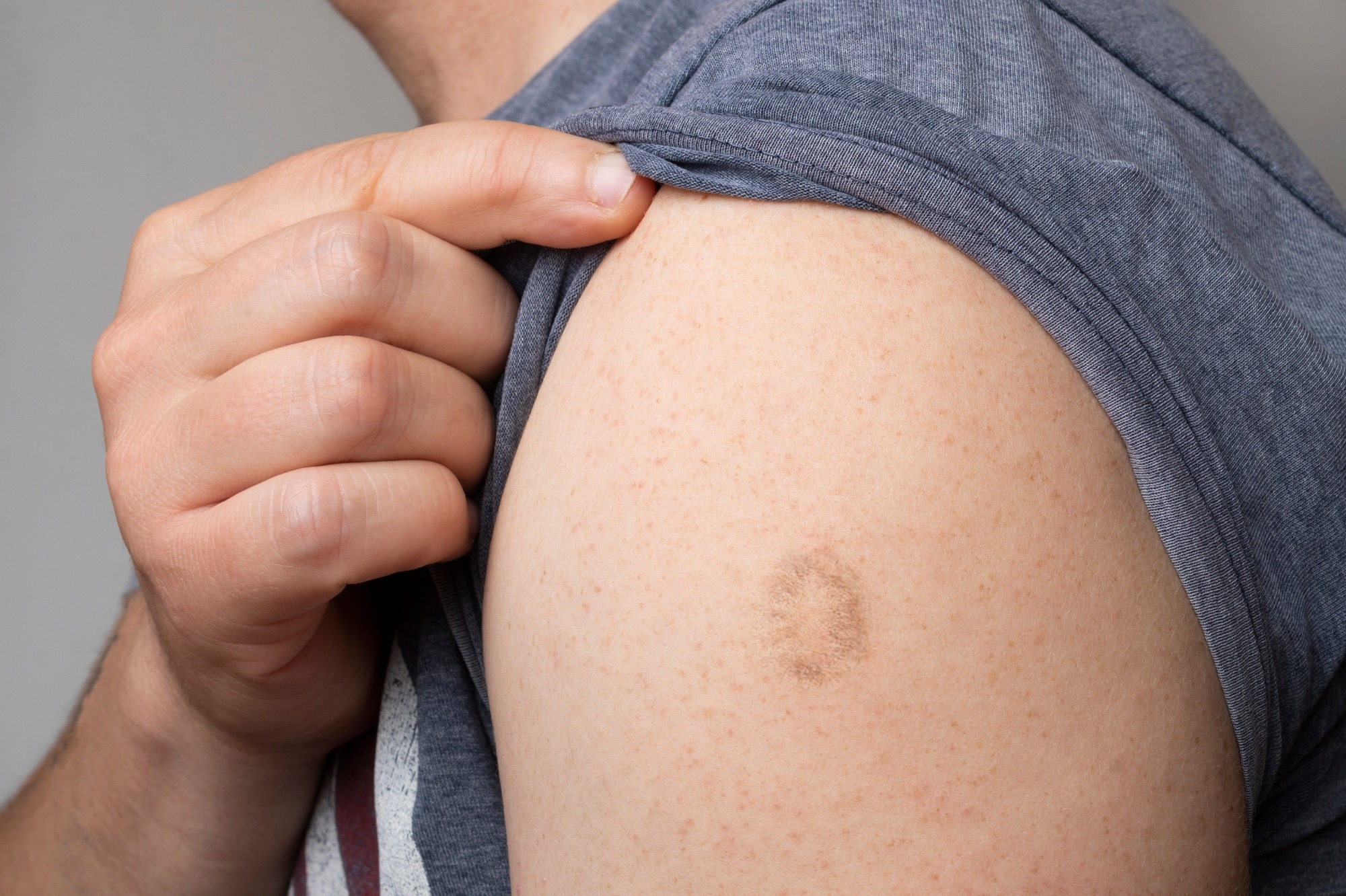 MPXV became the most common zoonotic orthopoxvirus infection in humans after the eradication of the variola virus (VARV). It was first identified in 1958 in Denmark among macaque monkeys, and later in 1970, human cases were reported in the Democratic Republic of Congo (DRC). Infections occurring mainly in children were sporadically reported in DRC and other Central and West African countries. Unlike VARV, which persisted only in primates, MPXV can infect many species.

Rodents, African squirrels, and non-human primates have been described as MPXV reservoirs. There exist two distinct genetic clades of MPXV, namely, Clade I (Central African or Congo Basin (CB) clade) and Clade II (West African (WA) clade). The fatality rates for Clade I and Clade II have been reported to be 10.6% and 3.6%, respectively, and a 10 kbp deletion in Clade II has also been observed using genomic analysis.

The current outbreak is driven by Clade II, and the World Health Organization (WHO) had confirmed 25,047 cases, by 2nd August 2022, outside Africa. 99% of cases were males with a median age of 36 years, and 98% were men who had sex with men (MSM). The global spread of MPXV was declared a public health emergency of international concern (PHEIC) by WHO in July 2022.

The Clinical Disease Caused by MPXV

The incubation period of MPXV is typically 5-13 days but can take up to 21 days. The first signs include intense headache, fever, sore throat, nasal congestion, cough, etc. Within the first three days of the onset of fever, a rash could appear on the face and extremities. A loss in vision is also possible as the cornea is affected.

The initial rash eventually dries and falls off after passing through the papules, vesicles, pustules, and crust phases. The number of lesions varies across individuals and could range from a few to several thousand. In the current outbreak, lesions appear mainly near the genitals or anus, but other places, such as the feet, face, and chest, are also not uncommon. Severe cases can occur in pregnant women, children, and immunocompromised people.

Schematic illustration of clinical signs of a MPXV infection

Compilation of the top interviews, articles, and news in the last year.

The symptoms are quite similar to those seen in cases of measles or chickenpox. The skin lesion material comprises an adequate amount of MPXV for PCR testing. Additionally, the detection of MPXV-specific IgM could indicate infection; however, the serological testing could be adversely affected by recent vaccination.

To prevent orthopoxvirus infections, vaccination is considered to be the most effective. Smallpox vaccines are expected to be 85% effective against MPXV. The smallpox vaccine ACAM2000, licensed in North America, is applied as a single dose with a bifurcated needle. However, it cannot be used in immunocompromised people.

LC16m8 is a third-generation vaccine that is licensed in Japan. It is derived from the Lister strain of the vaccinia virus (VACV) and has demonstrated an improved safety profile. It has the same exclusion criteria as ACAM2000 but has been seen to be effective in animal models. In addition, the Food and Drug Administration (FDA) and the European Medicine Agency (EMA) have approved a fourth-generation vaccine based on the modified vaccinia virus Ankara (MVA) for adults only.

Further, immunization with vaccinia immune globulin (VIG) isolated from blood samples of individuals vaccinated with the smallpox vaccine can be administered intravenously. Brincidofovir and Tecovirimat (ST-246) are two oral drugs that were approved for treating smallpox but have proved to be effective against MPXV in animals. The former is approved in the USA, while the latter has been approved for emergency use by the FDA and EMA.

The cessation of smallpox vaccination in 1980 has been deemed to be the main driver of the current MPXV outbreak as it made younger people vulnerable to the infection. In this age of global travel, disease surveillance in endemic and non-endemic regions is essential. It is unclear if the 2022 MPXV differs in transmissibility, host change, or pathology concerning previous isolates. Future research should urgently investigate this issue.

Smallpox vaccines are likely to be effective against MPXV. Since the current outbreak is concentrated in the MSM community, vaccination should be offered to them, close contacts, and health care workers. Additionally, large-scale vaccination campaigns could be organized in endemic regions to eliminate potential future outbreaks.

Priyom holds a Ph.D. in Plant Biology and Biotechnology from the University of Madras, India. She is an active researcher and an experienced science writer. Priyom has also co-authored several original research articles that have been published in reputed peer-reviewed journals. She is also an avid reader and an amateur photographer.