Home » For the brain, timing is everything 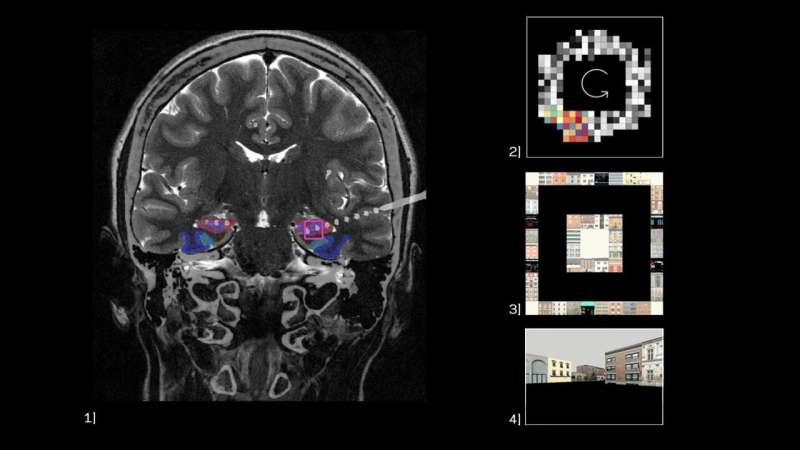 For decades the dominant approach to understanding the brain has been to measure how many times individual neurons activate during particular behaviors. In contrast to this “rate code,” a more recent hypothesis proposes that neurons signal information by changing the precise timing when they activate. One such timing code, called phase precession, is commonly observed in rodents as they navigate through spaces and is thought to form the basis for how the brain represents memories for sequences. Surprisingly, phase precession has never been seen in humans, and thus its usefulness in explaining brain function and creating brain-machine interfaces has been quite limited.

In a study published today in Cell, Joshua Jacobs, associate professor of biomedical engineering at Columbia Engineering, in collaboration with Dr. Itzhak Fried, a professor of neurosurgery at the David Geffen School of Medicine at UCLA, demonstrate the existence of this neural code in the human brain for the first time, and show that phase precession not only links sequential positions, as in animals, but also abstract progression towards specific goals.

“We were convinced that phase precession held a lot of promise as a widespread neural code that could be used for learning and cognition,” says Salman E. Qasim, lead author of the study who received his Ph.D. from Columbia Engineering in 2021. “There’s no reason the human brain wouldn’t take advantage of this mechanism to encode any kind of sequence, spatial or otherwise.”

The researchers analyzed direct brain recordings from neurosurgical patients who performed a virtual-reality spatial navigation task in which they had to find and return to six specific buildings. By identifying an internal clock in the form of low-frequency (2-10 Hz) brain oscillations, the team was able to measure how the relative timing of neuronal action potentials correlated with sequential spatial locations, just as in rodents. And what they found especially exciting was that this temporal code extended beyond only representing spatial location to represent the episodic progress subjects had made towards certain goal locations.

The team was able to measure the activity of single neurons by taking advantage of a rare opportunity: the ability to invasively record from the brains of 13 neurosurgical patients at UCLA. Because these bedridden patients had drug-resistant epilepsy, they already had recording electrodes implanted in their brains for their clinical treatment. They used laptops and handheld controllers to move through virtual environments to complete a spatial navigation task designed by the research team.

As the researchers analyzed the neural data from the patients, they noticed how often neurons seemed to fire in concert with slow brain waves. The team was then able to identify phase precession in the hippocampus as subjects moved through different locations, similar to prior observations in rodents.

“This study demonstrates the unique insights at the level of single brain cells that we may gain in special clinical settings of brain surgery for patients with epilepsy and other disorders,” said the study’s co-author Fried, director of the epilepsy surgery program at UCLA Health. “Here, a simple task performed by patients unveils a fundamental brain code for human negotiation of their environment.”

Knowing now that this temporal code was present for spatial locations in humans, Qasim next looked for evidence that phase precession tracked more complex cognitive sequences, such as the more abstract progress a person had made towards specific goals (i.e. buildings). To do so, the team had to devise a way to measure the temporal relationship between sparse, inconsistent brain-waves and neural spiking without any reference to spatial position. Once they accomplished this, they were surprised to find evidence for phase precession in the frontal cortex, where it has never been observed before, as subjects sought specific goals.

“It is hard to study the neural representations of complex cognitive functions, like goal-seeking, in many animal models. By demonstrating that phase precession in humans might represent particular goal states, this study supports the idea that temporal codes like phase precession could be critical to understanding human cognition,” says Sameer Sheth, a leading neurosurgeon and neuroscientist at the Baylor College of Medicine who is not affiliated with the study.