Home » Health News » Fitness fades fast when we take a break. Here’s how to get it back safely

If your fitness has gone out the window over the holidays, don’t despair. We can regain our fitness almost as quickly as we lose it.

How fast we lose fitness depends on what level we were at before we took a break. 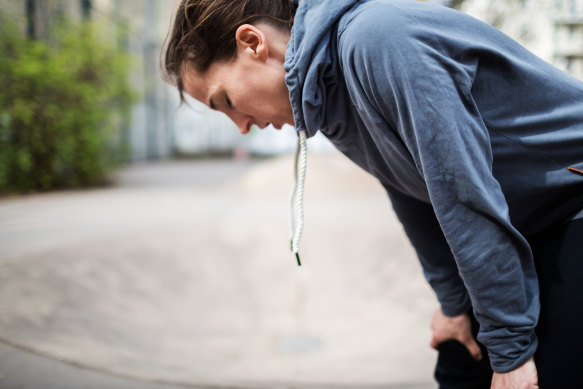 Feeling unfit? Our bodies respond quickly to exercise, but take it slow. Credit:Getty

“At peak level of fitness as an elite athlete, you might lose that peak fitness within one week of reducing your training load,” explains Dr Andrea Mosler, a specialist sports physiotherapist and National Health and Medical Research Council Senior Research Fellow at La Trobe University. “But for the average punter – the rest of us – we can easily get away with having a week break.”

Our fitness is made up of four parts, explains Dr Meegan Walker, a clinical exercise physiologist at the University of the Sunshine Coast: metabolic fitness; cardiovascular fitness; muscle fitness; and skeletal fitness.

We lose our metabolic fitness first. “A trained athlete who rests for 10 days will have a marked reduction in blood-glucose management,” Walker says. This means that after a high-carbohydrate meal, their blood glucose and insulin will spike much higher. The good news: “One exercise session will restore this metabolic drift.”

This is why even small amounts of regular physical activity are so important for metabolic health, particularly glucose management and avoiding diabetes.

Once we miss two or more weeks, we start to lose cardiovascular fitness, which is the capacity of our heart, lungs and blood vessels to deliver oxygen and nutrients to the muscles.

As cardiovascular fitness is responsive – and therefore one of the first to go – it is also one of the easiest to recover and starts to improve within a week of exercising again.

“Peripheral cardiovascular factors (like how many capillaries surround an individual muscle fibre) are more stable, reflecting habitual activity over a longer period of time – changes are measurable after a few months,” Walker adds.

Muscle strength and power remain even when we haven’t trained for two or three weeks, while endurance and skeletal fitness (the integrity of bone) are the fitness stayers and the last to go.

As strength, power and endurance take time to build, they take longer to decline and longer to recover. Certain muscle groups become deconditioned faster than others.

Once we’ve lost fitness, how do we get back to where we were safely?

To prevent joint and tendon injury, it’s important not to try to pick up where we left off. Or at least, not with the same intensity.

“For each week of de-training, you need to reduce what you are requiring your muscles to do by about 10 to 20 per cent, depending on the activity and depending on your level of fitness,” Mosler says. “So for example, if you used to run 10 kilometres every time you run, and then you’ve had a week off running or maybe two weeks off running, your first run might be eight kilometres rather than 10 kilometres or reduce your speed by 10 or 20 per cent to allow your body to accommodate for that de-training effect.”

If you’re returning to strength training, Mosler recommends having at least one to two rest days between sessions to allow the muscles to adapt and recover.

Walker says that, generally, aerobic and endurance exercise will cause less post-exercise muscle soreness than resistance training, power and impact work, “particularly the eccentric aspect of these movements”.

“But don’t be afraid of DOMS (delayed onset muscle soreness),” Mosler adds. It’s usually gone within several days of exercising and indicates our muscles are adapting to the load.

The final thing to remember when starting back is that fitness is about balance and co-ordination as well as strength, power, endurance and cardiovascular condition. When we begin exercising again, our balance and co-ordination may be a little off, so go slowly and avoid high-risk sports immediately after a big break. Getting plenty of sleep and good nutrition also support our bodies to adapt and recover more quickly.

It’s OK to take a break sometimes, Mosler says, and sometimes we have no choice – injury or life gets in the way. Staying generally active, even when we aren’t doing our normal training, will help slow the losses.

“For instance, we always recommend to the elite athletes when they’re having a break – say a water polo player – they don’t need to be doing their nine sessions a week,” says Mosler. “They need a mental and a physical break, but to maybe just jump in the water and swim a couple of times a week to maintain some of their motor function and neuromuscular co-ordination.”

For the rest of us punters, walking when we usually run and adding more VILPA to your day will maintain our base level of fitness, making it easier to start back up when we’re ready, she says.

“The de-training effect is minimised by maintaining some form of activity, even if it is at a lower level, which means it will take less time to regain your peak level of fitness after a break.”