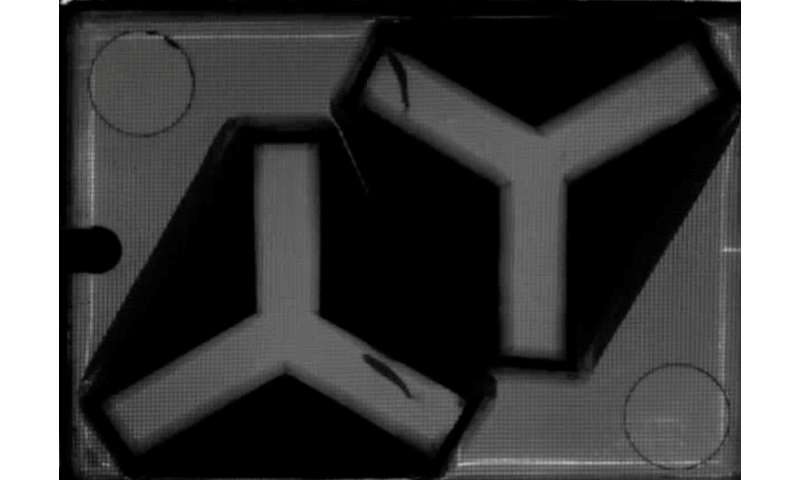 A test of fish behavior in a maze has shed light on human degenerative conditions, heralding new hope for treatments.

Dr. Matt Parker, at the University of Portsmouth, leads a team looking at zebrafish, which have an uncanny similarity to humans in some respects.

He said: “My group has developed a test of memory and decision-making in zebrafish and remarkably, human performance was indistinguishable to that of the animals.

“This has huge implications for the development of drugs to treat such conditions.”

The Parker group designed a simple maze for zebrafish to swim in that relied on their inherent motivation to explore. Because the maze didn’t rely on external motivation, such as food or a predator chasing them, the fishes’ behavior could be analyzed to see if any drugs affected their decisions, for example, to turn left or right.

The researchers then developed a virtual version of the maze and tested people in it.

The results show remarkable similarities in how some conditions and drugs affect both the zebrafish and humans’ ability to navigate the maze.

The results could also mean significantly more humane treatment for animals used in future research in treatments for brain and psychiatric disorders. Some tests using animals involve long periods of training or unpleasant stimulus, such as shocks, being applied. This new test requires none of these and still gives superb results.

Numerous neurodegenerative and psychiatric disorders are linked to problems with the way people process information. This can include their memory and their ability to ‘switch’ their behavior in a given situation.

Psychiatric disorders and dementia are usually diagnosed by testing a person’s brain’s ability to think clearly, to remember things and to switch, or change depending on circumstances.

Dr. Parker said: “It is very rare to find a non-invasive, humane test which can reliably improve diagnosis and be used to improve drug discovery using animal models of complex brain disorders that result in loss of memory and brain function.

“The maze we developed lays the foundation of future research into a range of neurological disorders and could open new avenues of research into cognition and memory, allowing cross-species comparisons with exceptional translational relevance, minimal stress and reducing the number of test animals.

“Our aim is to align cognitive testing in humans and animals and develop a task that can reliably target the same behavioral measures of thinking in a range of species, including humans, to improve progress for developing effective treatments for neurological and psychiatric disorders.”

Animal models have played a crucial role in understanding the mechanisms underlying complex brain disorders, and have started to help towards the development of biologically-informed treatments. However, there has been a substantial short-fall in translating treatments from animal models to humans.

One potential source of error is the species-specific nature of some cognitive tests. There is an increasing diversity of animal behavioral tests being designed and reported, often developed with a specific animal in mind, potentially limiting the reliability in changes between clinical findings and animal models.

The maze task offers a significant refinement over many measures of learning and memory used in fish, for example, fear conditioning, as it is completely non-invasive. In addition, animals tested in the maze can be reused in other tests, vastly increasing the potential for the test.

Dr. Parker said: “In follow up studies we have been looking at how old age affects performance on the task, and have found some extremely promising results in both our fish and in older humans.

“Additionally, we found that animals can be re-tested in the maze show very similar responses in re-testing, which opens the door to being able to reuse animals for pre and post drug exposure, reducing the overall number of animals required. The possibilities for this procedure are very exciting.”