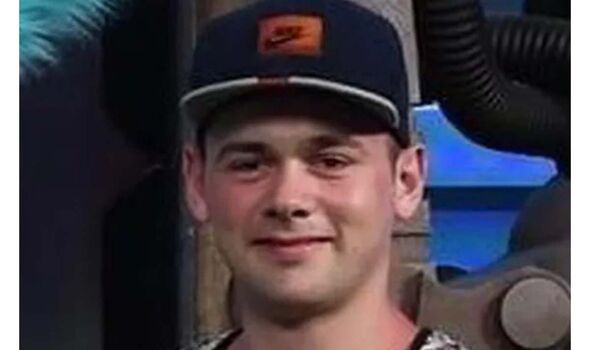 A family has shared their shock after a man suddenly died of an aggressive and rare disease that nobody has ever survived.

Speaking to Yorkshire Live, Dean Blakeley, Jason’s father-in-law of 15 years, shared Jason’s final weeks in a bid to create awareness of the rare disorder that took Jason’s life so quickly. Jason died of a condition called Anti-MDA5 Dermatomyositis, which is so rare and claims its victims so quickly that no cure has been found – there have been no survivors of the disease.

In May 2022 Jason had began feeling unwell and complained of muscle aches and joint pains, he quickly began losing hair and weight rapidly. Dean claimed the doctors weren’t moving quickly enough to find out what Jason’s condition was and he was deteriorating quickly. Eventually, after Jason began to get sores on his body, he changed doctors who started running tests.

Jason had a number of CT scans, MRI scans, cameras into his body, searching for cancer – which doctors thought he had at this time – they even tested his bone marrow which came back fine. Six weeks ago Dean took Jason to Pontefract hospital because at this point his condition had got so bad he was struggling to walk, he couldn’t hold a bottle of pop or even a pen to write with.

The doctors told Dean and Jason that they had begun to think he might have a problem with his immune system and that it was attacking his body. They were concerned with how much he deteriorated, his low blood pressure and heart rate and told him to go straight to Pinderfields hospital – knowing it was the best place for him they went straight there, Jason remained in hospital until New Year’s Day.

In Pinderfields hospital Jason was diagnosed with Anti-MDA5 Dermatomyositis and was put on 16 different drugs and steroids to try and stop the condition attacking his immune system. Dean said: “The prognosis is very bleak because it is so rare they don’t know how to treat it, its just a case of dealing with other specialists. Its a game of trial and error.”

Jason has 12 plasma exchanges while in hospital and two rounds of chemotherapy. On New Year’s Day his family were called to say that he had deteriorated so much he wouldn’t survive – they had two options – they could either up his oxygen to keep him alive for a small period of time or to turn it off and let him go peacefully while he was induced.

Dean said: “He was going to die so made the decision to not make him suffer anymore, he passed away in about 10 minutes of his oxygen being removed. It was awful because he was so looking forward to getting out and had made big plans.

“The first thing he wanted to do was to go to TGI Fridays. We thought he would’ve been home for Christmas.”

In Pinderfields hospital Jason was diagnosed with Anti-MDA5 Dermatomyositis and was put on 16 different drugs and steroids to try and stop the condition attacking his immune system. Dean said: “The prognosis is very bleak because it is so rare they don’t know how to treat it, its just a case of dealing with other specialists. Its a game of trial and error.”

Dean and his family wanted to share Jason’s story to try and help others out there to beat this rare condition by creating awareness. Dean said: “It was such a big relief when we knew it wasn’t cancer but then this extremely rare condition has took his life. I’m wanting to make people aware, we want to know why this wasn’t picked up earlier? And to raise awareness so people know about it – so people know and read up about it, it took Jason so quick.

“Had no trouble with his breathing but then it had ripped his lungs to bits to the point he couldn’t be off oxygen at all. He went from 13 stone to just under six when he passed away. Its very scary, I cant believe it took him, five and a half weeks ago he wasn’t that bad and then they couldn’t save him – we just want to raise awareness.

“I can’t get over it and my wife is devastated, she can’t stop crying. It was such a relief when he didn’t have cancer, then to find out it was something they couldn’t fix – there has been no survivors from it and its so rapid they don’t have time to treat it. It’s a game of trial and error, the next person who has it they will test drugs on them to see what works.

“Its horrendous to watch someone deteriorate so fast especially at such a young age. Jason had been with my daughter, Jade, who is 29 since they were 15. My daughter is devastated, Jason is all she has known, they have been together their whole adult life. They didn’t get married, they had no plans to because they were happy, he had lived with us for 8 years, they moved out and started to rent 2 years ago and had plans to buy their first home.”

The family are asking for any donations to help towards the expense of funeral costs to give Jason the send off he deserves. Dean added: “Jason was the most kind and caring young man you could meet, he was extremely hard working and a loving partner to Jade for years and it is devastating to lose Jason at such a young age.”

You can donate to the gofundme page here.