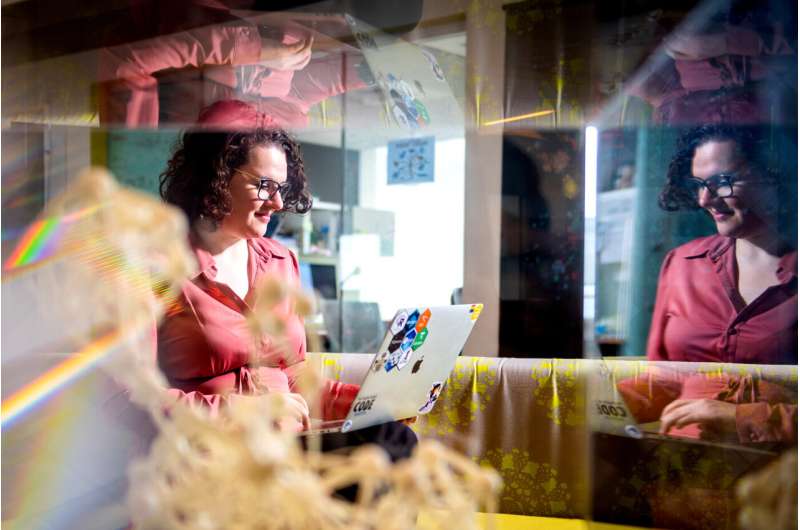 Developing new drugs to treat diseases can take years or decades—time that we do not have when it comes to treating patients with COVID-19. So Northeastern researchers came up with another way to discover treatments for the disease: parsing through drugs that already exist.

And, after considering all the drugs that are currently available to patients to treat myriad other ailments, they’ve now identified four strong contenders to treat COVID-19, which the team reported in the Proceedings of the National Academy of Sciences on Tuesday.

“Not everybody can get a vaccine,” says Deisy Morselli Gysi, lead author of the new paper and postdoctoral researcher in the Barabási Lab at the Center for Complex Network Research at Northeastern. “A drug that can kill the virus or not allow it to reproduce would be helpful” to have in the medical toolkit.

Looking at existing drugs is a much faster and cheaper approach than developing something new because the drugs already exist and they’re generally already approved by regulatory authorities, so can be put straight into clinical trials to test whether they can work to beat the new disease. But doing that for every individual drug on the market isn’t very efficient. There are thousands.

That’s why Gysi and her colleagues applied a network medicine approach to scan a database of existing drugs for characteristics that might make them good at treating COVID-19. The team examined the network of cellular interactions that occur as the virus that causes COVID-19 establishes itself in the human body and used that information to figure out what existing drugs might disrupt that process.

Using artificial intelligence and other network science tools, the researchers ranked around 7,000 drugs and selected 918 for further screening to determine if they would be viable treatments for COVID-19 in the real world. Then, the top contenders were brought into the real world—well, the world of Petri dishes.

In the laboratory, 918 drugs were tested to treat COVID-19 in green monkey cells first. Then, the best performing ones out of the top 200 were tested in human cells. Of those drugs screened, six prevented the virus from reproducing (and thus killed it off) without killing the human cells. Four of those six drugs could feasibly be repurposed and potentially deployed in COVID-19 patients, the researchers say.

Gysi is careful not to say that these drugs will certainly work in humans. While the human cell screening makes a good case for them, there could still be surprises in a full-fledged human body. That’s why, she says, the crucial next step will be to run clinical trials of these drugs to treat COVID-19 patients.

This list of drugs adds to a growing body of research into cures for COVID-19.

Gysi and others in the Barabási Lab have used such a network science approach to seek out existing drugs that could potentially be repurposed before. In fact, the head of that lab, Albert-László Barabási, Robert Gray Dodge Professor of Network Science and University Distinguished Professor of Physics at Northeastern, pioneered that approach. This COVID-19 research builds on that previous work, and also expands what can be done, Barabási says.

“We managed to identify quite a number of drugs that were not known before to be potentially relevant for COVID, and now our analysis has established that it is,” Barabási says. This process has also “helped us to develop tools that can be in the future applied to other diseases as well.”