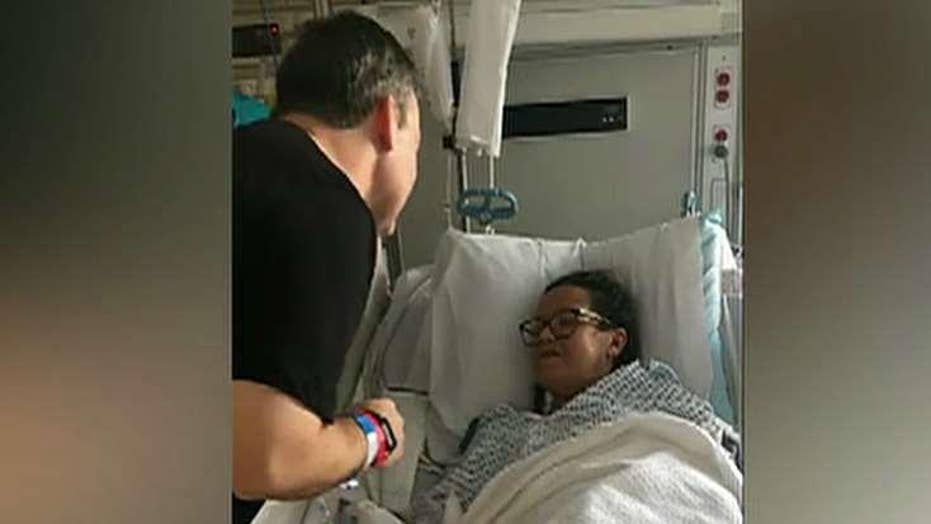 Ed Henry says both he and his sister Colleen are recovering well after he donated 30 percent of his liver to her.

Fox News Chief National Correspondent Ed Henry called into "Fox & Friends" on Saturday to give viewers an update on his and his sister's recovery from a liver transplant the two underwent.

Henry said that while he still had a long road ahead for recovery, his vitals were strong and he was feeling healthy.

"Still got some aches and pains but it's really not a big deal because we've succeeded in victory," he said.

In July, Henry discussed his heartfelt decision to donate part of his liver to his sister who has struggled with liver problems connected to her and Ed's family history.

"I am determined to do whatever I can to give my sister the greatest gift of all, which quite simply is life," he said, noting that his sister Colleen's health had become a lot worse.

Henry said that once the surgeon put part of his liver in his sister on Tuesday, it "immediately started working."

He initially wasn't sure whether he should get out of bed, saying that he felt dizzy after stood up.

He started to choke up recalling how medical personnel requested that he get out of his bed to visit his sister. "I got up and went for a walk and we toasted — since we can't have alcohol, we had apple juice." Colleen, he said, had already gotten some her color back.

Henry added that he hoped to leave the hospital within days, although his sister had a much longer road ahead of her.

"The prayers that we're feeling … I can't thank everyone personally, I want to thank everybody now. You've been amazing. I totally underestimated the outpouring," he said, noting the massive amount of support he received from viewers.