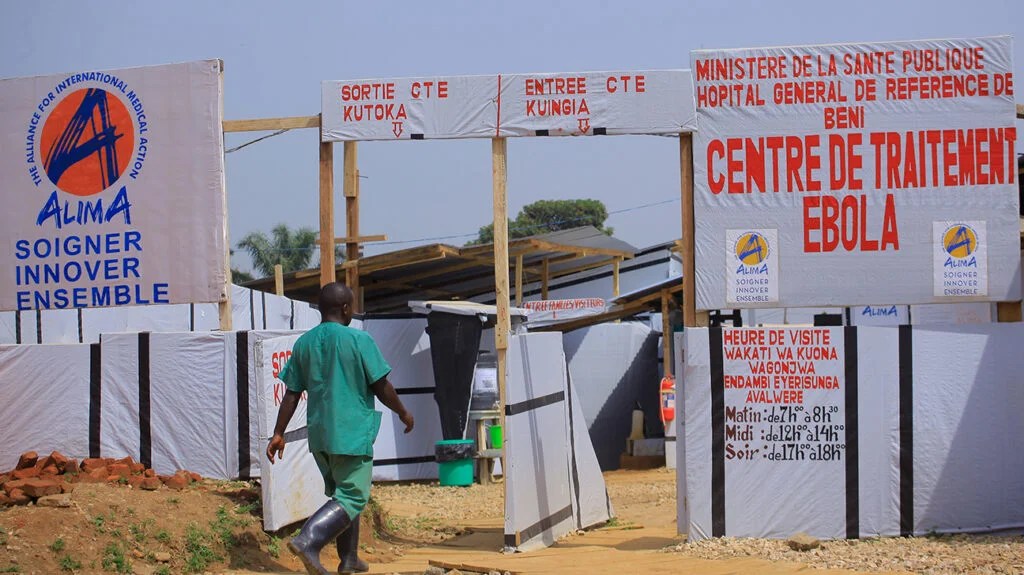 The World Health Organization (WHO) defines the Ebola virus disease (EVD) as a “rare but severe, often fatal illness in humans.”

In some cases, EVD symptoms include internal and external bleeding, such as bloody stool or bleeding gums.

At the moment, Ebola vaccines are one part of an important scientific strategy to overcome EVD. Alongside them are treatment with medications that the Food and Drug Administration (FDA) has approved and supportive therapy, such as oral rehydration and intravenous fluids.

A collaborative study between American and Congolese scientists has recently examined the antibody response in Ebola-vaccinated individuals in the DRC, which is one of the first places where scientists discovered EVD.

The study authors have published their findings in the peer-reviewed journal Proceedings of the National Academy of Sciences.

The new study involved experts at the University of California, Los Angeles’s Fielding School of Public Health in partnership with their colleagues in the DRC.

The team enrolled a total of 608 participants between August and September 2018.

The scientists excluded children under 1 year of age and people who were pregnant or breastfeeding,

Eligible study participants were contacts or “contacts of contacts” of confirmed EVD cases or frontline healthcare workers in EVD-affected or potentially affected areas.

During the recruitment period for the study, the Ebola vaccine — rVSVΔG-ZEBOV-GP — was not yet licensed by the FDA. As such, its administration was part of a compassionate use, also known as expanded access, protocol process. In science, this is a situation in which an individual with an immediately life threatening or serious condition gains access to an investigational medical product outside of a clinical trial.

At each study visit, the scientists administered questionnaires to the participants, conducted basic physical assessment tests, and collected blood samples.

The study visits for each participant occurred at the following time intervals:

Of the participants, 32% reported having contact with a confirmed, probable, or suspected EVD case, while 66% reported no contact. The remaining 2% were unaware of their EVD contact history.

Making sense of the data

Additionally, they discovered that female participants were more likely to have a higher antibody response than their male counterparts at the 6-month follow-up mark.

They noticed that the youngest participants, who were aged 12–19 years, had the highest antibody response at both day 21 and 6 months after vaccination.

One possible explanation for this is that immune system function decreases with increasing age. As a result, adolescents possess a stronger immune system that produces robust responses following vaccination.

Based on the results above, the study authors write that their “findings give crucial evidence that antibody response and persistence after Ebola vaccination is robust in outbreak settings in the DRC.” They also note that this knowledge “significantly informs the use of vaccination for outbreak control.”

Reacting to the study findings, Dr. Monica Gandhi, who is a professor of medicine at the University of California, San Francisco and was not part of the study, told Medical News Today that the study was “exciting.”

“Although there were Ebola outbreaks in the region during the time [of the study], the increasing antibody response over time does suggest the antibody response is vaccine-mediated, as the increase was steady and suggestive of an immune boost from the vaccine,” Dr. Gandhi explained.

“Given the fatality rate of Ebola, this is a very exciting study that shows the effectiveness of this vaccine candidate in a large real-world study in a high prevalence region.”

The researchers acknowledge the limitations of their study.

They explain that they enrolled a limited sample size without a defined control group because of resource constraints and safety concerns with data collection in an active EVD outbreak area undergoing armed conflict.

In addition, the authors emphasize that correlates of protection remain undefined for EVD. As a result, it is not possible to use their discussion on antibody response to draw conclusions regarding the protection that vaccination provides.

Scientists define correlates of protection as the immune response that a vaccine or viral infection needs to trigger to protect an individual from the infectious disease in the future.

Regardless of these limitations, the researchers are now looking to future studies to build on the important foundation that their research has laid.