Scientists have discovered a unique drug combination that may stand a chance against a deadly child brain cancer.

DIPG (diffuse intrinsic pontine glioma) is a lethal type of tumor that overwhelmingly affects children under the age of 12, and kills 99 percent of sufferers within five years.

But despite more than 200 clinical trials, testing potent drugs that work on most other brain cancers, nothing has proved successful.

The combination, discovered by programming robots to screen 9,000 possible fusions, will now be tested on children in a clinical trial, and the researchers are hopeful. 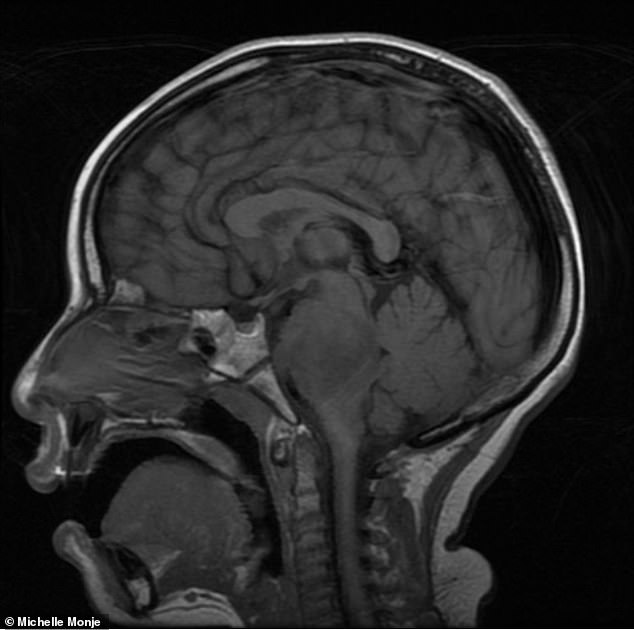 ‘The benefit is modest,’ Dr Michelle Monje, the Stanford neurooncologist who led the research and is a pioneer DIPG research in the US, told DailyMail.com.

‘It is our hope that this study will help to put some of the pieces of the puzzle together towards a multi-pronged strategy against this lethal cancer.’

DIPG is rare, affecting 150 to 300 people a year, but it is proving one of the toughest to defeat.

For decades, most funding for pediatric cancer has been funneled into research on leukemia, the most common in children.

DIPG tumors grow at the top of the spinal cord, and they are ‘diffuse’ (spread) through the brain stem, making it impossible to remove surgically or to biopsy for an analysis.

By the time symptoms begin – such as slurred speech, balance problems or blurred vision – most children have about 10 months to live.

Unable to remove it, doctors have been forced to rely on radiation therapy alone, which has proven unsuccessful.

Dr Monje is at the vanguard of efforts to find something more potent.

The new study, published on Tuesday in the journal Science Translational Medicine, found a combination of two drugs – panobinostat (typically used to fight cancer of the plasma cells) and marizomib (an experimental drug designed to treat brain tumors) – was effective.

They found that, combined, the drugs reduced the size of the tumor in DIPG cells from patients and other tumors from the spinal cord and thalamus.

Speaking to DailyMail.com, Dr Monje said the results are ‘modest’ but significantly whittle down the scope of medicines they are looking at.

‘This study provides data not only on what drugs are “hits” against DIPG, but also which drugs are “misses”,’ Dr Monje said.

‘These data demonstrating lack of response to agents can help guide which agents to prioritize for clinical trials in the future.’