Don’t get ill on Christmas Eve! GPs to close early for festive season despite NHS telling them to work normal hours on December 24

Family doctors are closing early for Christmas and advising sick patients to call the NHS 111 helpline in defiance of official advice that they should work normal hours on December 24.

Surgeries across England are shutting their doors from lunchtime on Christmas Eve, with some refusing to open at all.

The NHS says GPs should work a full day on Christmas Eve because almost all surgeries are closed for 48 hours during Christmas Day and Boxing Day. 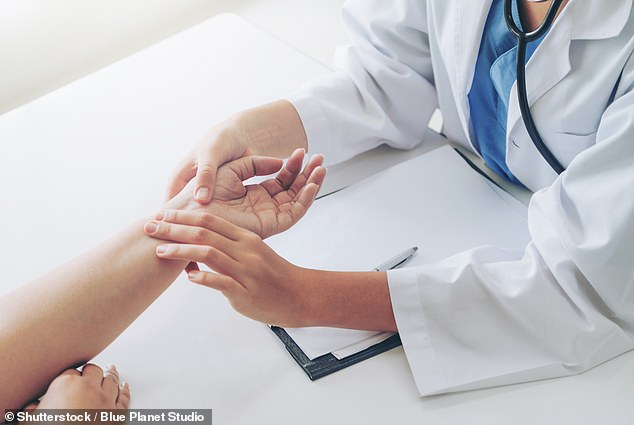 GPs across  England are warning patients that they will be shut from lunchtime on Christmas Eve, with some refusing to open at all, despite NHS advising that they work a full day on December 24 because they are closed for 48 hours over Christmas Day and Boxing Day

However, the Mail has identified at least 51 practices that have warned patients they plan to close early, including four in Oxfordshire and Surrey who aren’t opening on Monday at all.

Others practices are expected to shut early if they are quiet.

Hardly any will open again until Thursday, December 27, before closing on for the weekend on the 28th. However, many will close early again on New Year’s Eve, the following Monday, which is also a normal working day.

When are they closing?

The early closures on Christmas Eve mean that patients who become unwell from lunchtime onwards will have to call NHS 111 or go to their nearest A&E.But accident and emergency departments are usually extremely busy immediately after Christmas when there is normally a spike in winter illnesses.

Patients who become ill tend to put off seeing a doctor until the New Year, when their condition has deteriorated. Although NHS guidelines on surgery opening hours are vague, GPs are broadly expected to be open between the ‘core hours’ of 8am and 6.30pm on weekdays.

However, the exact wording from NHS England states doctors need to ‘meet the reasonable needs of their patients’ at these times. Some GPs interpret this as meaning they can go home at 12.30pm on Christmas Eve, leaving a voice-message for patients to call NHS 111.

The issue of surgeries closing early at Christmas came to the fore two years ago when a report warned that it increased pressure on A&E.

The National Audit Office found that half the 7,600 GP practices in England closed at least once during the normal working week, either for a long lunch or an afternoon.

John O’Connell, of the TaxPayers’ Alliance, said: ‘It’s already difficult to get appointments without having surgeries close early. Those who need a check-up may have to wait until after Christmas to be seen, meaning worry and stress. Taxpayers hand over a fortune to fund the Health Service and it’s reasonable to expect a full service.’

Joyce Robins, of Patient Concern, said: ‘It’s exactly what I would expect. They seem to be closed more often than they are open.’

Professor Helen Stokes-Lampard, chairman of the Royal College of GPs, said: ‘GP practices will only close early if there are alternative arrangements in place to deliver care for patients with urgent health needs, and that these have been clearly advertised to patients.

‘Many surgeries are going above and beyond what they are contracted to do by offering extra clinics and extended surgeries over the winter in anticipation of increasing demand and to alleviate pressures across the Health Service.’

An NHS England spokesman said: ‘Practices would be expected to meet the reasonable needs of patients on Christmas Eve and New Years’ Eve as they do on any other normal working day.’