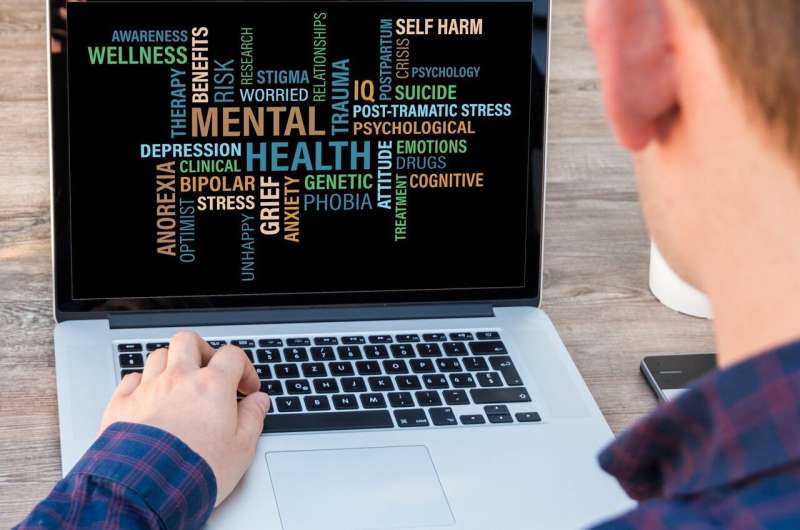 With a shortage of therapists, help with mental health problems is being sought from digital interventions, where elements of psychological treatment are offered via computer programs or mobile applications. According to a study, smart devices can help identify people with symptoms of depression and anxiety.

Every year, 400 million people worldwide are affected by depression or anxiety, and the coronavirus pandemic has only increased the prevalence of mental health problems. At the same time, there is a shortage of psychotherapists. Digital interventions, where elements of psychological treatment are offered via computer programs or mobile applications, have been proposed as a solution.

In his doctoral thesis in the field of psychology, researcher Isaac Moshe investigated the effectiveness of digital interventions in treating mental health problems, with depressive symptoms in particular focus.

One sub-study in the doctoral thesis examined whether symptoms of depression or anxiety can be identified from data collected by smartphones or wearable devices. A total of 60 adults who used an iPhone or an Oura Ring took part in the sub-study.

“This study contributes to a growing body of evidence on how data from smartphones and wearable devices might be used to identify people with symptoms of depression and anxiety. Although the use of data collected by smart devices is new to the mental health sector, it is not unrealistic to imagine a future where data like this is used, for example, to alert doctors to changes in their patients’ health status or to help people monitor their own mental health,” Moshe says.

The most extensive sub-study of the doctoral thesis was an international collaboration that assessed the effectiveness of digital interventions in treating depression by conducting a meta-analysis of all previous studies. Digital interventions typically include videos, interactive exercises or text to deliver the core components of psychotherapy, which are then packaged into an online program or smartphone app.

The dataset was composed of 83 randomized controlled trials conducted between 1990 and 2020 involving 15,530 participants.

The findings indicate that digital interventions brought relief from depressive symptoms when they were offered in public or private health care settings. Digital interventions alleviated symptoms in people of all ages, regardless of depression severity or physical comorbidity.