NHS ‘will charge British man’s Chinese wife £10,000 to have their baby in UK hospital’ after they were evacuated from coronavirus-hit Wuhan

A couple who were evacuated to the UK from Wuhan to escape the coronavirus could now be made to pay more than £10,000 to have their baby on the NHS.

British man Jed Jones, 28, and his 24-weeks-pregnant wife, Liu Pan, had been in quarantine in Milton Keynes for the past two weeks.

They were sent home yesterday, Sunday February 23, after being given the all-clear, but now face a worrying few months as Mrs Liu approaches her due date.

Mr Jones said that, because his wife only has a temporary six-month visa, she will have to pay for NHS care – the labour could cost the couple up to £7,800, he said.

He said the couple did not know this would happen before they left Wuhan, where they have lived for the past two years, and now faces the possibility that she will have to return to China, where the virus outbreak is worst, to give birth.

More than 79,000 people have now been infected with the coronavirus and over 2,600 have died – almost all the cases and deaths have been in China. 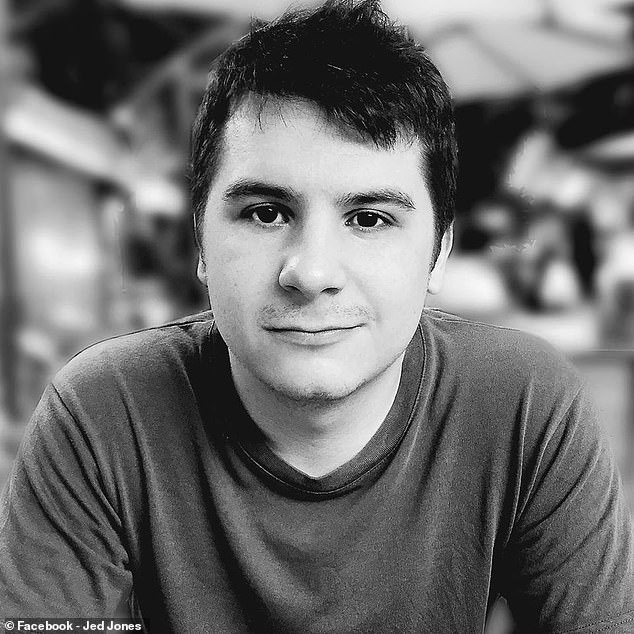 Jed Jones, from Gloucestershire, said he and his pregnant wife were evacuated from Wuhan by the UK Government but they now cannot get free NHS pre-natal care

‘I just want to ensure my wife is able to access the NHS,’ Mr Jones said.

‘For me it seems unfair that we suddenly realise we are stuck paying thousands of pounds just to ensure the safety of wife and my unborn child.

‘We followed government advice to evacuate, we went through their procedures.

‘To me it seems like if they’re going to issue visas, they should issue one that is suitable for the person and their situation.

‘We didn’t know about these costs and we didn’t know this would be the situation when we were told to evacuate.’

A&E and GP treatment in the UK are free for everyone.

People who are ordinarily resident in the UK, meaning they are there legally and have been for six months and don’t have plans to leave, are entitled to free NHS hospital care.

People from European Economic Area (EEA) countries may be able to get free care in the UK if they have a European Health Insurance Card (EHIC) – the care is paid for by an agreement between European countries.

Free care is also available to people who have claimed asylum, are refugees, are in full-time education, are a UK Government employee, or are a victim of human trafficking.

Non-EEA people who have applied for a visa to live in the UK but have been there for less than six months must pay a health surcharge of £400 per year which entitles them to the same level of care as an ordinarily resident person.

If a non-EEA national does not pay the surcharge and needs NHS care they may be charged for it according to a National Tariff Payment System.

Mr Jones is now home in Lydney, Gloucestershire, but is in crisis because his wife does not qualify for free NHS care.

Hospital treatment is only free for people who are ‘ordinarily resident’ in the UK, meaning they live here most of the time.

Mr Jones moved to China seven years ago and his wife is a Chinese citizen, which excludes them from getting the childcare for free.

Mrs Liu was granted a six-month permit by Border Force after initially getting a visa waiver to come to the UK with her husband and go into quarantine.

The fees would either have to be paid upfront or become a debt, which could affect her future visas.

The couple spent two weeks quarantined in Kent Hill Park, Milton Keynes, after arriving in to UK on February 10 but were discharged yesterday, February 23.

They have been married for five years. Mr Jones moved out to China to work as a software developer and met his wife, a graphic designer, seven years ago.

Mr Jones claims that the entire time he has been in China he has worked for British companies remotely and has paid his taxes and national insurance in the UK.

‘The issue appears to be that the Home Office have issued everybody with this six month visa, without really paying any attention to the aforementioned situation. Individuals, people, situations here,’ he said

‘What I have been told by the nurses here, if she was given six months and one day, she would have been able to access the NHS.’

Mr Jones said he has attempted to contact the Home Office through their special coronavirus helpline to discuss his situation but ‘they weren’t even really aware of us’.

‘Their helpline didn’t have any advice for us whatsoever,’ he said.

Mr Jones says they directed him towards the standard immigration helpline who were also were unable to provide help.

‘The result is, we are on this situation but we are unable to actually contact anybody who is able to effect real help,’ he said.

The thought of his wife having to go back to China to give birth makes him ‘really nervous,’ he said.

MailOnline has contacted the Department of Health for comment.