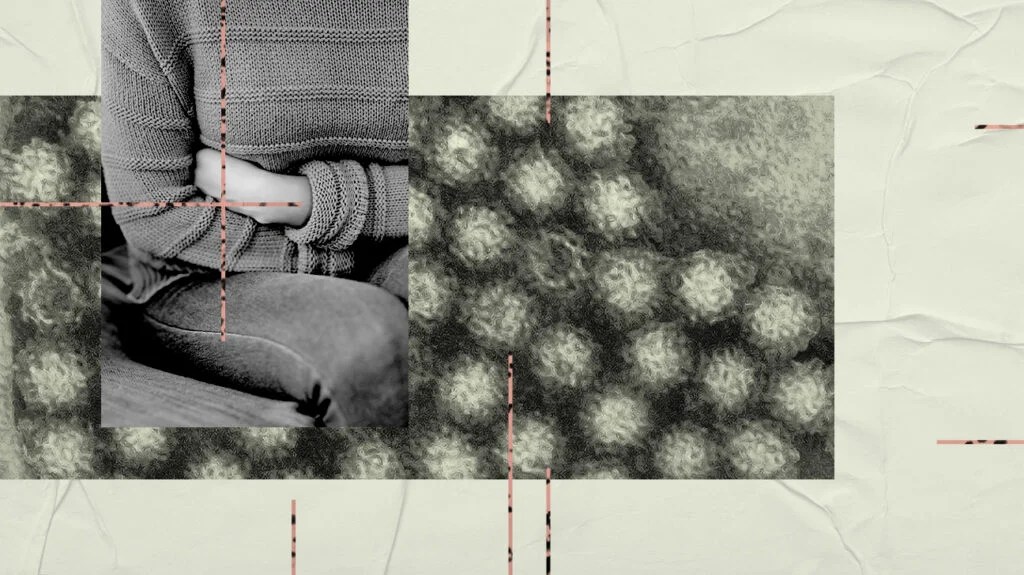 Researchers estimate that over 500,000 people in the United States have Crohn’s disease. Studies also show that the condition has become more common in the U.S. and in Europe.

The cause of Crohn’s disease remains unknown. Researchers previously found that a version of the norovirus that occurs in mice (MNV) causes cell death in paneth cells— the cells that line the small intestine—with a specific gene deletion.

“We found that norovirus triggers disease by interfering with a previously unknown way in which T cells protect the lining of the gut,” Dr. Ken Caldwell, professor at the Department of Medicine at NYU Langone Health, one of the authors of the study, told Medical News Today.

“Specifically, we identified a protective molecule called API5 that is normally released by special T cells, but that norovirus infection interferes with its release,” he added.

The study was published in Nature.

Gene mutations and the API5 protein

For the study, the researchers studied two groups of mice. One group had a mutation (Atg16l1) on a gene linked to cellular metabolism and fewer intact paneth cells. The other group did not have this mutation and served as controls.

The researchers found that immune molecules in mice with the Atg16l1 mutation secreted a protein known as apoptosis inhibitor 5 (API5). This protein compensated for their genetic deficiency, and thus increased paneth cell numbers and viability.

However, they also found that when exposed to MNV, the genetically-altered mice lost the ability to secrete API5, and thus experienced increased intestinal injury.

To see whether increasing API5 levels could resolve this, the researchers treated some of the genetically-mutated mice with the human version of the API5 protein. While those who were treated survived, half of those left untreated died.

The researchers next investigated API5 in human gut tissue samples. They found that people with Crohn’s have fewer API5-producing immune cells and that treating gut tissue samples with API5 restored their protective ability.

The ATG16L1 gene occurs in 55% of people of European ethnicity and 20-40% of those from other ethnicities. While Crohn’s disease is most common among those in Europe and North America, relatively few people develop the condition: around 320 per 100,000.

The researchers noted that this means that rather than causing Crohn’s disease, norovirus may be one of many potential environmental triggers.

They wrote, for example, that previous observations have also found that salmonella interferes with API5 secretion, and that smoking is linked to paneth cell defects in mice and humans with Crohn’s disease, and who have ATG16L1 gene.

“Our current understanding of Crohn’s disease, and IBD in general, is an abnormal immune response to the intestinal microbiome, or other environmental [stimuli], in a genetically susceptible host,” Dr. Bryon Vaughn, associate professor in the Division of Gastroenterology, Hepatology, and Nutrition at the University of Minnesota, who was not involved in the study, told MNT.

“The cause of Crohn’s disease and other inflammatory bowel diseases (IBD) is poorly understood,” noted Dr. Jay Bream, professor of molecular microbiology and immunology at Johns Hopkins Bloomberg School of Public Health, who was also not involved in the study, told MNT.

“Disease pathogenesis is thought to be driven by a combination of genetic and environmental factors that impact how the immune system responds to microbes in the gut,” he said.

“The disruption of gut homeostasis can lead to chronic intestinal inflammation in susceptible individuals. Acute infection with an enteric pathogen, such as norovirus, can trigger the cascade resulting in immune-mediated pathology.”
— Dr. Jay Bream

What these findings mean for patients

The researchers concluded that their findings could lead to the development of anti-inflammatory strategies to restore the protective function of immune cells in the gut, and reverse Crohn’s disease.

When asked about the study’s limitations, Dr. Cadwell told MNT:

“We used mice and mini-guts from human tissue to make these findings. Although we have evidence that the molecules and cells we were investigating have a similar role in Crohn’s disease patients, it has been challenging to figure out what actually triggers the disease in humans.”

“We suspect that norovirus and other types of infections are important, but there are other factors that we also believe contribute, making this a very complex disease to understand,” he added.

“There is not yet definitive evidence of a specific viral trigger (including human norovirus) for Crohn’s disease in humans,” Dr. Craig Wilen, associate professor in laboratory medicine and immunobiology at Yale School of Medicine, who was not involved in the study, told MNT.

“It is also unclear whether API5 is critical for Crohn’s in people and if so is it all people with Crohn’s or just a subset with the ATG16L1 risk allele- [gene variant]. However, this represents the necessary foundational work needed to translate these findings into people and to answer these questions,” he added.

“A primary implication of the findings is the potential identification of a new therapeutic target to treat IBD. In addition, the findings point to an underappreciated pathway that may play a key role in regulating gut inflammation that could potentially apply more broadly to other chronic inflammatory disorders.”
— Dr. Craig Wilen