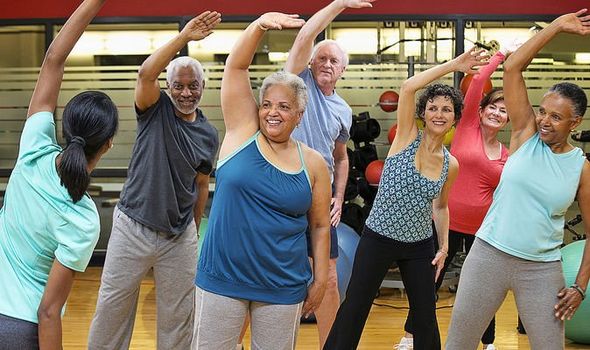 Those diagnosed with cancer will now, in certain parts of the country, be given the option of starting a prehab regime of three fitness sessions a week, including a mix of high intensity cardio workouts and strength-based training. Alongside physical exercise, patients will also be able to receive nutritional advice and mental health support – all of which can help reduce the side effects of chemotherapy and the amount of time spent in hospital, doctors said.

NHS chief executive Simon Stevens explained: “Cancer treatments now work better than ever, but they can really take a toll on your body.

“So there’s increasing evidence that it’s really worth trying to get match fit ahead of chemotherapy or major surgery.

“In effect you are ‘priming’ your own recovery before your treatment even begins.”

More than 500 people in the Greater Manchester area are already participating in a pilot exercise programme, with more than 2,000 expected to take part over the next two years.

Similar opportunities are also being rolled out in Yorkshire, Leicester and London.

It is hoped they will then go nationwide.

Patient David Fowles entered into the prehab programme this year.

The 68-year-old retiree said: “If someone had told me in February that I would be going to the gym, I’d have laughed at them.”

“My consultant asked if I would like to give it a go, explaining the idea that if you’re fit before surgery, it will get you out of hospital quicker. So I said yes.

“The surgery was quite daunting and took 10½ hours. I was told I’d be in hospital for two, three or four weeks. Well, I was out within nine days. I couldn’t believe it.

“All this is down to the fitness regime – it’s been marvellous. I’ve just had a new grandson arrive in February, he’s also inspired me and I want to get better to see him.

“That’s really encouraged me to get moving.”

And cancer charities welcomed the move.

“While it might seem extraordinary that newly-diagnosed patients are being referred to exercise classes and personal trainers, we know that prehabilitation can support people during this difficult time to prepare both physically and mentally for treatment, reclaim a sense of control and improve their health in the long term.”

She added: “It’s fantastic to see that thousands of people across the UK are being referred to and benefiting from these schemes.

“At Macmillan, we want to see prehabilitation implemented soon after diagnosis, where appropriate, to empower people living with cancer and ensure that they get the personalised care they need.”