Home » Health News » Cancer breakthrough: Could a cure for tumours be on the horizon? Scientists make major pro

Cancer tumours are groups of abnormal cells that form lumps or growths. They can start in any part of the body. Survival depends on the growth and size of the tumour and the area affected. A team of scientists at the University of Pennsylvania announced they have identified the Achilles’ Heel of cancers cancerous tumours, forcing the abnormal cells to over-stress and self-destruct. Experiments showed blocking a specific protein that fuels tumours kills them off.

The technique worked on a range of human forms of the disease and mice with bowel and blood cancer.

The development is particularly exciting as there are already drugs that block the chemical called ATF4 – offering hope of the fast-tracking of a revolutionary therapy.

Co-senior author Professor Constantinos Koumenis said: “What we’ve learned is we need to go further downstream to block tumour growth in a way that cancer cells can’t easily escape, and our study identifies the target to do just that.”

For years scientists have been trying to target a gene called MYC. It’s known to drive cell growth and allow cancer to take over if it’s mutated or over-expressed.

Every day millions of cells in the body “kill” themselves, helping protect the body from potentially harmful ones.

Cancer cells, on the other hand, ignore the body’s immune system’s cell-death signals. Finding a way to stop this is the “Holy Grail” of cancer research.

Dr Koumenis did this by homing in on ATF4 in human bowel, breast and lymphoma cells grown in the lab – and rodents genetically engineered to develop lymphoma. 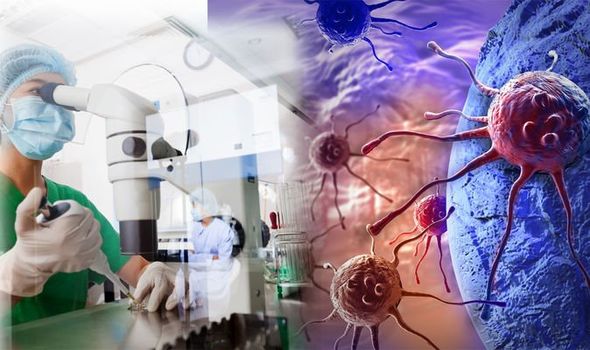 Now Dr Koumenis, an oncologist at Pennsylvania University, and colleagues have found ATF4 controls a chemical pathway that works in tandem with the gene.

Inhibiting this chemical pathway causes cancer cells to produce too much protein and die, said the researchers.

Inhibitors that cease production of ATF4 (activating transcription factor 4) already exist. It has been linked to a host of diseases including Parkinson’s and Alzheimer’s.

“We’re also working to confirm this approach will not cause any serious off-target effects.”

It has been linked to a host of diseases including Parkinson’s and Alzheimer’s. Lead author Dr Feven Tameire said: ‘This shows us the potential impacts of targeting ATF4 in MYC-dependent tumours – something we’re already studying.

‘We’re also working to confirm this approach will not cause any serious off-target effects.’ 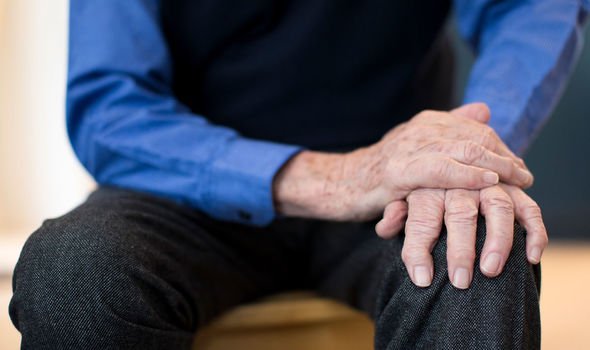 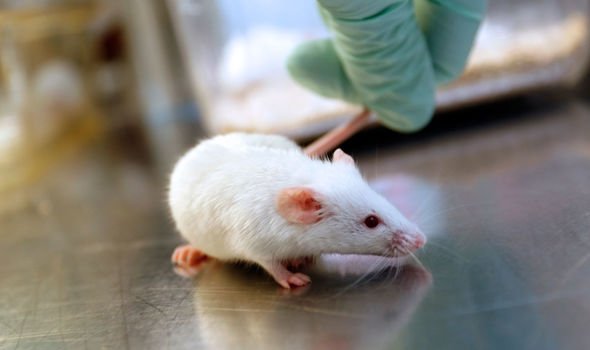 Normal versions of MYC control healthy cell growth. But when it is mutated – or there is too much – it sets off a chain reaction that helps tumours develop and spread.

There is currently no specific way to target it so the focus has increasingly been on other ways to stop the process indirectly. Prof Koumenis’ team found in some tumours ATF4 is activated by an enzyme known as PERK.

But blocking this protein does not always work because MYC actually controls a second enzyme called GCN2 that can function in parallel – making PERK redundant.

The alternative approach is to target ATF4 itself since it’s the point where both these signal pathways converge. This means there’s less built-in protection to allow cancer to survive, explained Prof Koumenis.

The study also showed ATF4 turns on the genes MYC needs for growth and also controls the rate at which cells make specific proteins called 4E-BP. When the researchers knocked out ATF4 in cells or mice they found tumours continued to increase the amount of 4E-BP – and eventually died from stress.

This stopped lymphomas and bowel tumours growing in the mice. In the human tumours driven by MYC, both ATF4 and and 4E-BP were also overly expressed.

This is further evidence suggesting the approach will be successful in patients, said Dr Koumenis.