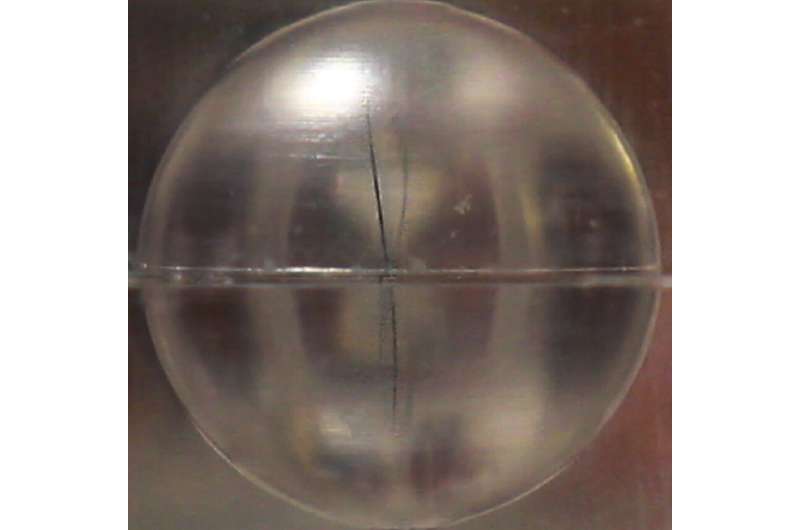 In a potential step forward for early pancreatic cancer diagnosis, a miniaturized brush was successfully tested as a possible technique for loosening cells from the walls of pancreatic cysts. If proven safe to use, the technique could dramatically increase the number of cystic cells available for analysis, a key advance given the scarcity of cells in cystic fluid drawn with a needle alone.

Researchers at Sweden’s KTH Royal Institute of Technology proposed modifying endoscopicultrasound-guided fine needle aspiration with the addition of a loop brush which can be inserted into a cyst through the needle, says Wouter van der Wijngaart, professor of Micro and Nanosystems at KTH.

“In order to detect malignancy in a pancreatic cyst, the cells from the inner wall of the cyst need to be analyzed,” van der Wijngaart says. “You may find some of those released into the cystic fluid naturally; but sometimes you find none—that is why we try to brush them off.”

Pancreatic cancer is the fourth leading cause of cancer death in Western countries. With a survival rate of between 2 and 9 percent, early detection is critical.

“Pancreatic cystic lesions are precursors of pancreatic cancers and a prime target for early diagnosis,” van der Wijngaart says. However, he says, 20 percent of cystic fluid samples contain negligible amounts of cells, or no cells at all, hampering a proper diagnosis.

To evaluate the functionality of the device, the researchers performed tests on models of cysts and intestines from pigs and cows. They fitted the aspiration needle with a 50 micrometer-thin nitinol wire shaped in a 1 cm diameter loop, which is fixated to a 280 micrometer-thick nitinol guidewire. The loop is compressed and inserted into a cyst through a fine needle with a diameter less than 0.5 mm. 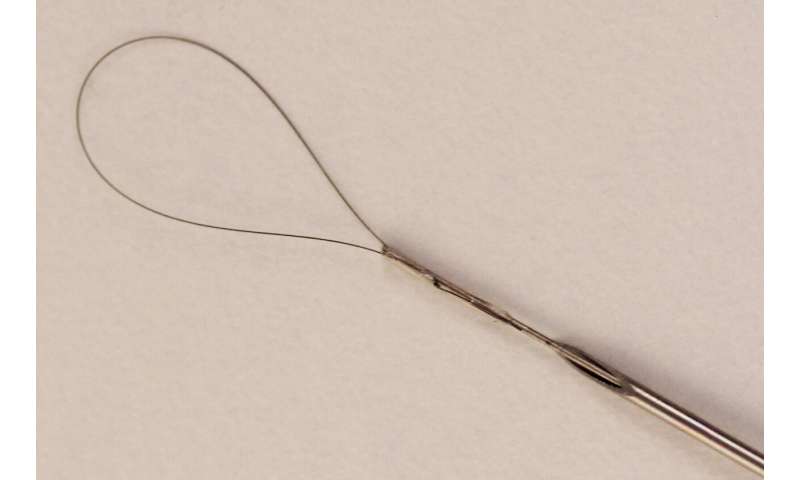 Once inside the cyst, the brush opens up and is rotated with low force to abrade the cells from the cyst wall. Then the loop is retracted and the cystic fluid is aspirated through the needle and collected for cytology.