If your 2019 is off to a rough start, we have some good news. This year, Ben & Jerry’s is kicking things off on a high note, thanks to the release of two new flavors of their pint slices (basically, the Ben & Jerry’s version of a Klondike Bar). 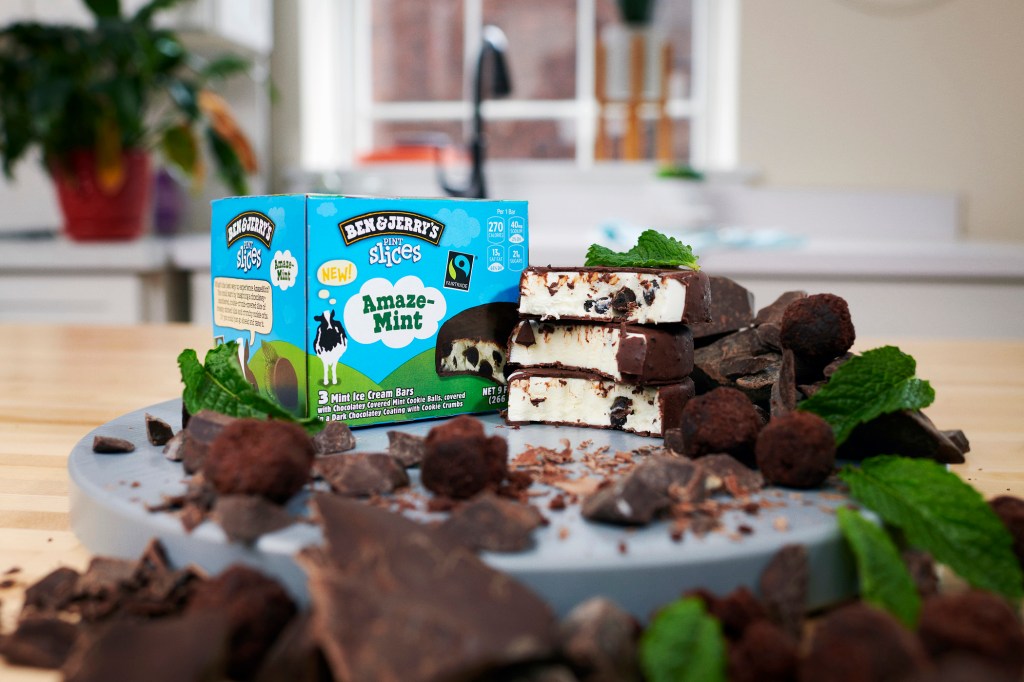 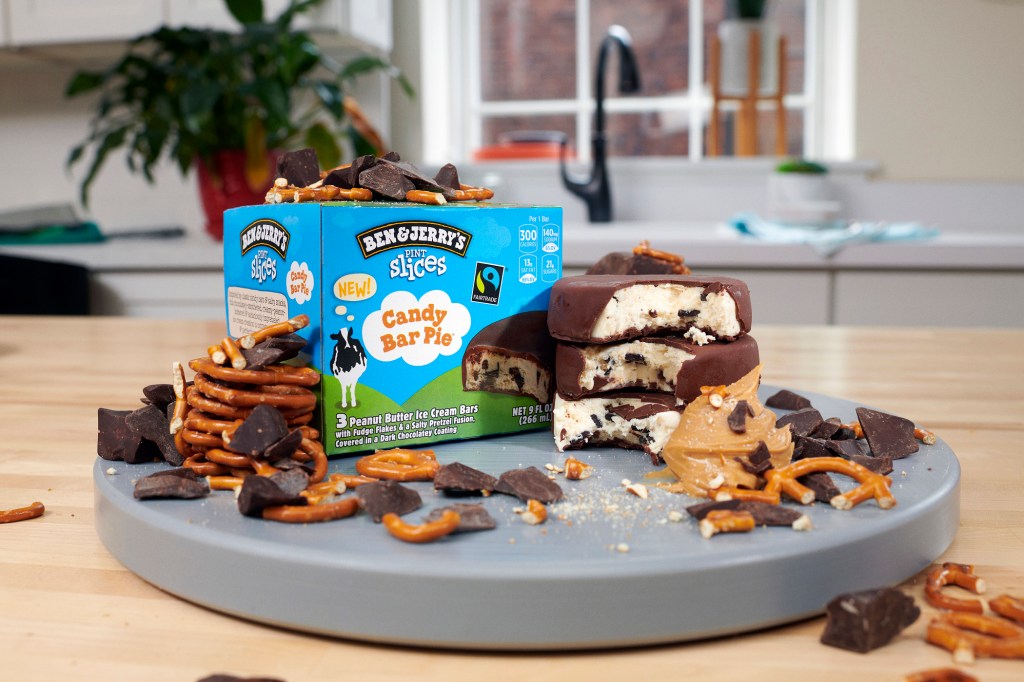 Candy Bar Pie is inspired by a flavor previously available by the pint that had been chilling in the Ben & Jerry’s graveyard for a few years. Now joyfully resurrected in tasty slice form, it features rich peanut butter ice cream swirled with fudge flakes and salty, crunchy pretzels, then coated with silky dark chocolate.

These two new offerings bring the total flavors available in Pint Slices format up to nine. Other flavors include Cherry Garcia, Coffee, Coffee BuzzBuzzBuzz, The Tonight Dough, Americone Dream, Chocolate Chip Cookie Dough, Chocolate Fudge Brownie, and Vanilla Peanut Butter Cup Pint Slices, which come in 3-count boxes and sell for between $4.29-$5.29, depending on where you live.

Unlike a traditional pint, which is all too easy to eat in one sitting (much to your gastrointestinal dismay), Pint Slices come in handy single-serving portions. If you’ve ever found yourself thinking “I wish it was easier to eat Ben & Jerry’s in the car,” then this is the treat you’ve been waiting for.

The two new flavors are available for your enjoyment in grocery stores now. There’s no telling if they’re here for a limited time only or a permanent addition to the Pint Slices flavor lineup, so if you’re curious you better get your hands on some ASAP, just to be safe.