This story is from Kaiser Health News

Immigrants from Mexico and Central America seeking asylum in the United States frequently end up at border shelters in Tijuana, Mexico. They stay in them for weeks as they wait for the U.S. government to approve or deny their applications.

Most of the refugees get sick during their journeys due to insufficient food, a lack of clean water and poor sanitation at camps and shelters along the way. But perhaps their biggest health problem is depression and anxiety: They have suffered violence and been threatened by gangs and left behind everything they know in the world.

Volunteer doctors, nurses and other health care professionals board a bus in downtown Los Angeles before dawn to ride to the migrant shelter in Tijuana. They spent the day there dispensing free health care, supplies and advice to shelter inhabitants. 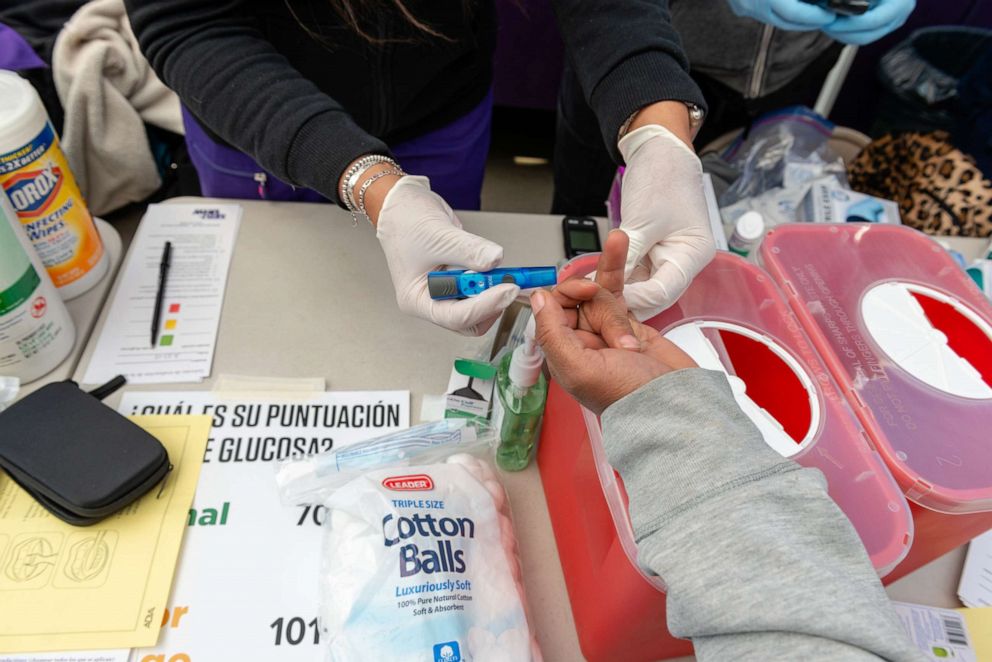 For about 25 years, the shelter primarily housed Mexicans deported from the United States. Its director, Jose Maria Garcia Lara, shown here, recently opened its doors to asylum seekers and other migrants fleeing violence and economic deprivation in Central America. The biggest health problem they face, Lara says, is depression: “The people who are coming here are leaving their homes. They are leaving a lifetime.”

A mural inside the shelter explains the rights of the migrants dwelling there. It says they have the right to safe shelter; health care and education; freedom from discrimination; due process under the law; protection for their families; and respect for cultural diversity.

Jose Manuel Salinas, an asylum seeker at the shelter, holds his friend’s baby as he waits to be seen by a nurse. He was fighting a cough that had worsened since his arrival a month earlier. Inhabitants of the camp do not get regular health care. One doctor and two nurses visit once a week, but can spend only five or 10 minutes with each migrant in need of care.

Volunteer health workers at the shelter set up folding tables, where they offered help for both physical and psychological ailments. They provided first aid as well as pediatric and dental care, and they took glucose, blood pressure and pulse readings.

The shelter, which houses up to 150 people, has only one bathroom for men and one for women. Conditions are cramped, making the migrants susceptible to illness if they are not sick already.

Jose Manuel Salinas is living temporarily in a tent inside the shelter. He says he walked and hitchhiked for a month from his home in Acapulco. “You can’t live in the state of Guerrero,” says Salinas, 31. “There’s too much violence, and the truth is the salary we make isn’t enough to feed my family.”

Kaiser Health News is a nonprofit news service covering health issues. It is an editorially independent program of the Kaiser Family Foundation, which is not affiliated with Kaiser Permanente.