Home » Health News » Are you suffering from 'climate doomism'? Here's what you can do 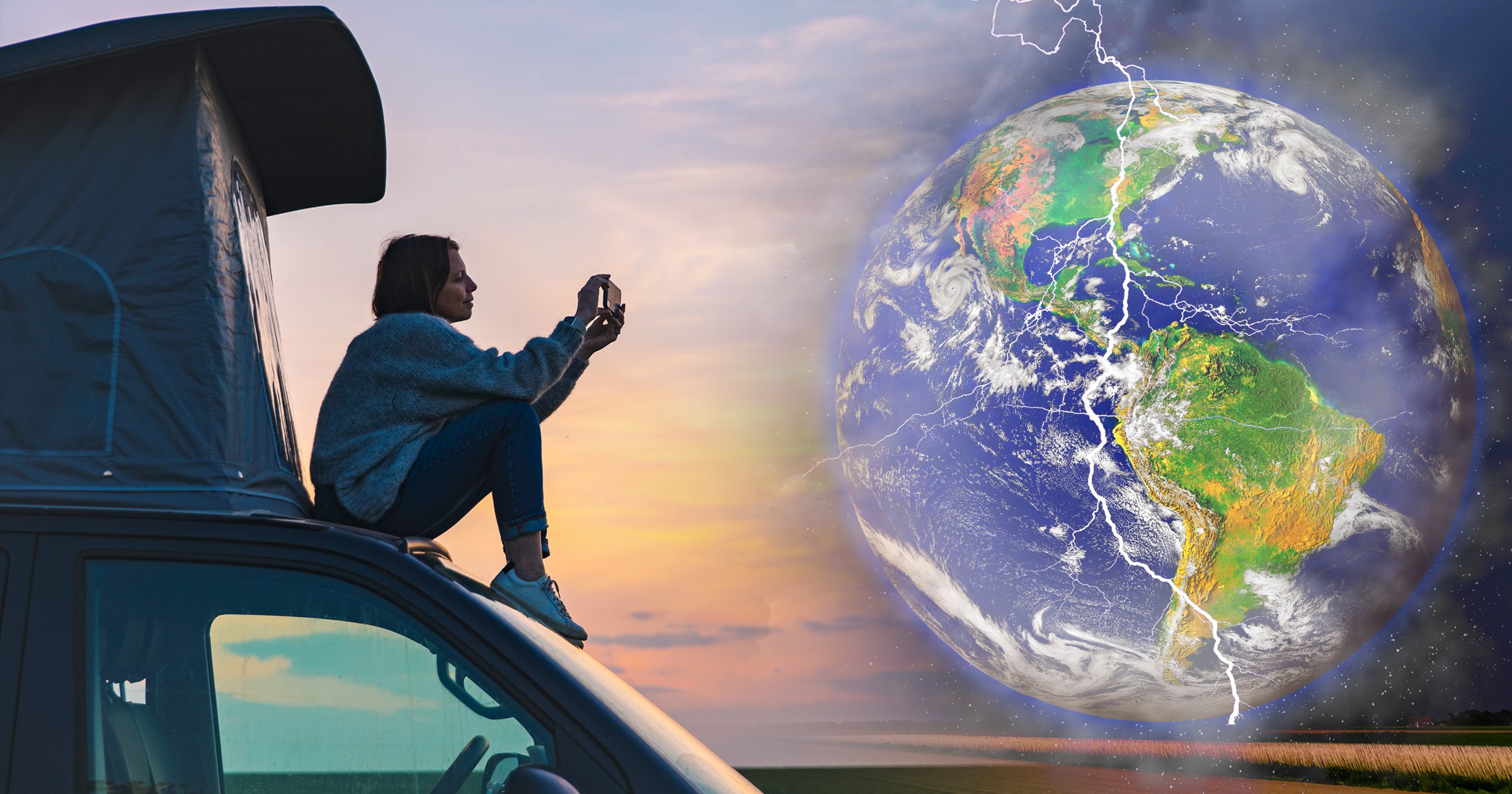 Thinking about the climate crisis is guaranteed to bring a sense of dread.

In this past month alone, landslides and flooding swept the Philippines, an ice shelf the size of London collapsed and fast fashion mountains were discovered in the Chilean desert.

As if this wasn’t scary enough, the Intergovernmental Panel on Climate Change (IPCC) has warned that without drastic action, parts of the Earth will soon become unlivable.

When even the UN says we are on track for climate disaster and scientists are risking their jobs to protest it’s easy to feel defeated. This bleak outlook is called ‘climate doomism’ – and more people are succumbing to it.

Juulia Karlstedt, a BACP Accredited counsellor working with anxiety, says more people have come to her for help with climate doomism and anxiety around the future of our planet in the past few years.

Climate doomism isn’t a psychological condition, but more of a cultural mood.

It’s not that people don’t care, they just – understandably – feel powerless to do anything about it.

‘Anxiety will always be much harder to ‘shake’ when the thing we are anxious about has a grain of truth to them (as, of course, climate change and the worries it brings do),’ she tells Metro.co.uk.

The situation is, to put it mildly, incredibly bleak.

Where does that leave us? While the news can leave you feeling like there isn’t any point in trying, our planet needs us to fight for it.

In 2021, ​​Climatologist Michael E Mann told the Guardian that ‘Doommongering has overtaken denial as a threat [to climate action].’ He said narratives that it is ‘too late’ can make people disengage, and fall into despair.

Nina Siemiatkowski, 40, once worried that climate change would be impossible to solve. This changed when she visited Kenya in 2012. She was there to document one of the last wild lion prides for the ‘Book of Leon’, a photography book that raised money for the Siemiatkowski Foundation.

Once there, she met people risking their lives every day to protect our planet.

‘I became more hopeful,’ Nina says. She kept meeting people who showed her that, ‘through hard work and collective effort, we can resolve the damaging effects of climate change.’

This experience changed Nina, and in 2018 she launched Milkywire, a platform for people to discover, connect, and donate to trusted organisations or individuals around the world fighting the climate crisis.

‘It’s a scary and isolating thought that climate change is irrecoverable. Prior to setting up Milkywire, I worried for the future of our planet and the uncertainty that lies ahead for future generations,’ she said.

Kenya changed her perspective, and now she hoped Milkywire will do the same for others.

The majority of us won’t be able to see these projects in the flesh, but rather than stewing in anxiety or falling into apathy, we can look to therapy. Julie recommends her clients use the A.C.E acronym.

A – Acknowledge the feelings and situations that are coming up. This can be as simple as simply saying the thought or worry out loud.

C – Connect back to this moment. Our brain likes to take us into the future or the past, which are outside our control. You can use any grounding technique to re-connect back to the present moment. Some people like to use their breath or movement.

E – Engage in mindful action. Of the things that are you in your control, which ones do you want to engage with? What kind of person do you want to be in the fact of this struggle? What this looks like will be individual to each person but connecting with your values will help bring back meaning and purpose.

Yes, you can make a difference

It’s obvious the crisis won’t be solved by one person deciding not to eat meat or recycling religiously, when there are still millions of people doing the opposite, and a huge industry polluting the planet.

This doesn’t mean we should throw in the towel. ‘Resolving the climate crisis is an enormously complicated task, and many fear that we are responding to the crisis too late, and with too little urgency,’ Nina said.

‘Using statistics and data to prove that the issue can be resolved, and mapping out our way out of the crisis, is an important tool in reducing the stress and anxiety surrounding the issue.

This helps to encourage people, both the general public and those working directly on these issues, to get involved and make a difference.

As humans, we’re so powerful when we come together – it only takes a few hundred people to literally change the world.’

Starting to make difference in your own life can help motivate you to push for more systemic change, says Michael Mann, a professor of atmospheric science at Pennsylvania State University and author of The New Climate War: The Fight to Take Back Our Planet.

In an interview, Mann said that one way ‘to get past that feeling of being overwhelmed by the scale of the problem is the agency we feel when we actually start acting.’

If you lead people down a path of engagement, there’s a snowball effect that can lead to greater and greater engagement,’ he added.

Essentially, we don’t need to think that one person going vegan or avoiding fast fashion will save the planet, but it’s a good place to start.

Individual action doesn’t need to stop with plastics and diet choices: head to climate protests, sign petitions, write to politicians, Google organisations to get involved with. The least you can do is try, for the sake of Planet Earth.