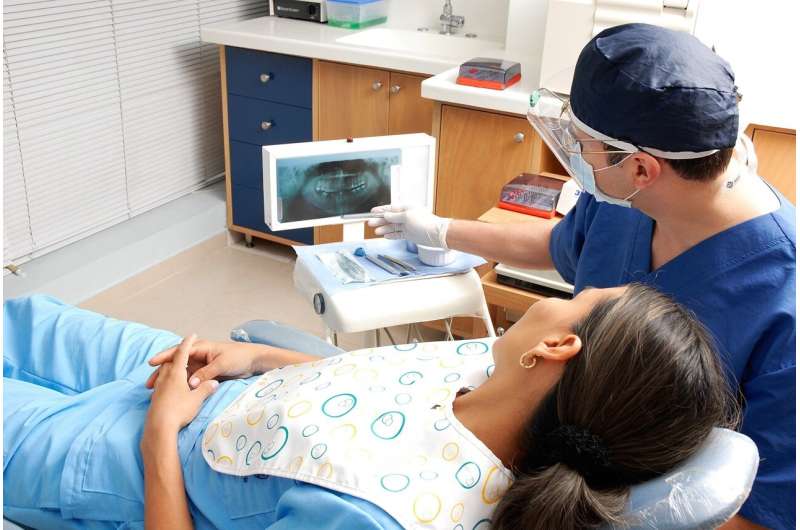 Michael Onori thought he recognized the ER doctor who was treating him, even though it had been about a decade since they met.

Back then, she was a medical student at the University of Pennsylvania. Despite all the people she encountered then and in the years since, she remembered him, as well.

“She thanked me for teaching her to become more sensitive,” said Onori, who now lives in Sarasota, Fla.

And he fondly remembered mentoring her.

But Onori is not a medical doctor. He is a professional actor with a unique starring role on his resumé: standardized patient.

This type of training has become even more critical in recent years, as medical schools grapple with deeply rooted racial biases in the health-care system that affect both patient care and physician training.

Drexel recently launched a program using standardized patients to teach doctors how to handle racial insensitivity in the workplace. At Penn, these actors are teaching students how to be sensitive to gender identity. The university is exploring how to use role-playing scenarios to better care for patients who are distrustful of doctors.

The mandatory classes have an overarching aim: “How to recognize their own biases,” said Leon McCrea II, Drexel’s senior associate dean for diversity, equity, and inclusion.

In other words, to examine themselves as well as their patients.

Penn contracts with about 200 standardized patients at $22 an hour. Many are actors accustomed to portraying characters unlike themselves.

Both acting ability and diversity are important, said Stacey Rose, a pediatrician and the faculty director of Penn’s standardized patient program.

Cori Maskart, who works as a standardized patient at Penn and identifies as a nonbinary transgender man, said many of the students he encounters have never treated a transgender patient before.

“The goal is to make it an environment where medical care providers are more competent and more inclusive,” Maskart said.

He talks to students about asking patients which pronouns they use, which helps establish respect and trust.

Cimarron Frazier, a classical singer who also works as a standardized patient at Penn and Drexel, said she hopes her students learn greater “compassion, empathy, respect,” giving patients the feeling of being listened to.

For instance, doctors may be trained to look for “redness” when examining a patient with extreme sunburn, not always a useful clue in patients who, like her, are Black. Scanning for skin “discolorations” would be a more racially inclusive way to teach.

When she makes a connection, it can be clear. “I saw the face of one of them light up,” she said of students she instructed.

As the classes confront sensitive topics such as gender, race, and personal bias, they can help medical students build confidence.

“What’s really wonderful is a chance to develop your own style,” said Penn second-year medical student Jessica Campanile. She specifically recalls a standardized patient in the role of a woman who learned she got a sexually transmitted disease from her cheating husband, a powerful lesson in offering support and care without judgment.

The courses help medical students learn how to handle conflict with other medical professionals, too. Rhea Trainson, a third-year student at Drexel, said one of the most helpful scenarios she worked through involved responding when a colleague is the target of a racially insensitive remark, she said.